Animosity between US, Iran not conducive to nuclear resolution

The longstanding differences between the United States and Iran require resolution to reach a final nuclear deal by the Nov. 24 deadline. 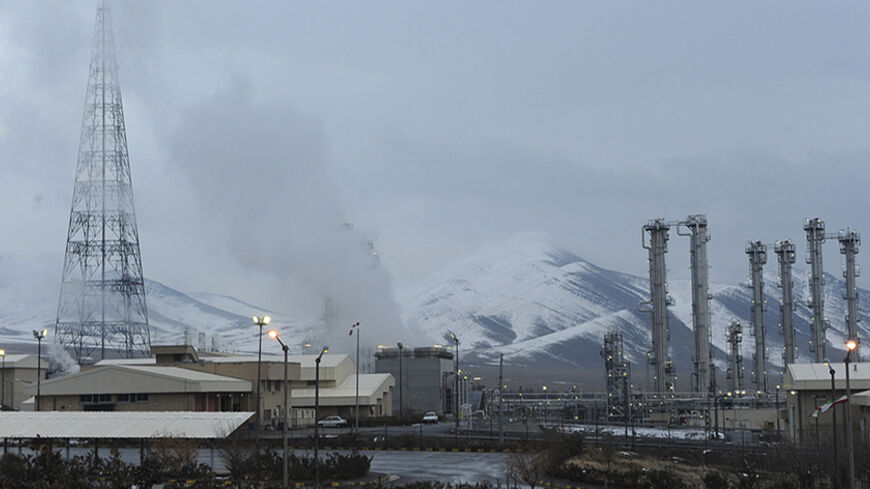 While the two administrations in Tehran and Washington are working hard toward and are determined to reach a mutually agreed, face-saving resolution over the Iranian nuclear standoff, a fraction of the US Congress aims to scuttle a deal that is the best chance to bring Iran’s nuclear crisis to a peaceful end.

Logic dictates that if a deal between the United States and Iran can be negotiated, most likely the other members that make up the P5+1 (the five permanent UN Security Council members and Germany) would not object. Conversely, if the United States and Iran do not succeed in overcoming their differences, the current tremendous, unprecedented opportunity to reach a diplomatic solution to Iran’s nuclear deadlock will be missed.

At the core of the conflict over Iran’s nuclear program is, from the US perspective, Iran's past effort to conceal its nuclear program, and the program's alleged military dimensions are reason enough for them to suspend or dramatically roll back their uranium enrichment until they gain full confidence about the program's peaceful nature. Iran, on the other hand, denies all accusations of pursuing nuclear weaponization.

Due to the critical role of the US Congress on the destiny of Iran-US relations in general and the crisis over Iran’s nuclear program, esteemed members of Congress need to know where the nuclear story began, why Iranians are so adamant about pursuing nuclear technology — and have paid such a huge cost for it — and what is the best way forward to end both the nuclear dispute and decades of animosity between the two great nations of Iran and the United States.

Where did the story begin?

In 1957, during the reign of the shah, the United States laid the foundation of a nuclear Iran under the auspices of Eisenhower's “Atoms for Peace” program. The United States built the first nuclear facility of Iran — the Tehran Research Reactor (TRR) — in 1967. In 1976, President Gerald Ford issued National Security Decision Memorandum 324 supporting the shah’s ambitions and helping Iran formulate a plan to build 23 nuclear power reactors.

France signed nuclear cooperation on enrichment and long-term contracts with Iran, Germany entered into major deals to build nuclear plants for Iran and the British held contracts to supply uranium to them.

The shah did not start a nuclear military program. However, in 1974 when asked by a French journalist whether Iran would pursue building nuclear weapons, he replied, “Certainly, and sooner than one would think.” Americans also knew well that he would build an atomic bomb. A CIA report in 1974 stated: “If [the shah] is alive in the mid-1980s and if other countries [particularly India] have proceeded with weapons development, we have no doubt that Iran will follow suit.” But the United States and the West, despite all the signs pointing to the shah’s intentions to build nuclear weapons, turned a blind eye on the issue.

Why is Iran so adamant about pursuing its nuclear project?

A logical question that many may ask is, "Why did Iran hide its nuclear enrichment program if it was of a peaceful nature?" Also, “Why is Iran so adamant about pursuing its nuclear enrichment project despite suffering tremendous international pressure because of that?” Many in the US Congress assert that the only logical explanation for Iran’s insistence is to achieve the capabilities of building a nuclear bomb.

In response to the first question, shortly after the revolution, Iran canceled all of the US-shah’s ambitious nuclear programs — including enrichment and reprocessing projects — and the 23 nuclear power plants proposed by the United States. However, Tehran had to maintain the TRR set up by the United States for medical purposes; finish the Bushehr power plant, which was already 90% complete (and about 8 billion German marks had already been paid to the Germans for that project); and procure fuel from France through their joint venture contract for which they had already paid $1 billion. However, after the revolution, the United States, France, Germany, the United Kingdom and other Western countries terminated their nuclear cooperation with Iran. Moreover, and due to US pressure, non-Western countries such as China and Argentina were also forced to cease nuclear cooperation with Iran.

From the mid-1980s to the 1990s, I was involved in improving Iran-Europe relations. During this period in over 300 meetings, I asked German officials to complete the Bushehr power plant for which they has already been paid. I told them, “If you do not finish the work based on your contractual commitments, Iran would complete it in any way possible and have no choice but to go for self-sufficiency and even produce fuel domestically.”

As a result of these developments, the United States and the West left no option for Iran other than building its own nuclear program. Under such circumstances it was clear that if Iran wanted to have such a program transparently, the United States would not let that happen. In fact, the West’s fierce opposition to Iran’s intent to exercise its rights as stipulated in the Nuclear Non-Proliferation Treaty (NPT) transformed the problem from being denied certain technology, to bullying and humiliation and straightforward discrimination, saying, “Any nation can exercise its rights under the NPT to have nuclear capability, but you, Iranians.” Once it was clear that the West intended to deal with Iran as second-class citizens of the international community, or that was the perception in Iran to say the least, two major socio-psychological sentiments took over the dispute.

First, the culture of resistance: In the course of their long history, Iranians have been repeatedly invaded and defeated by “foreign enemies” including the Greeks, the Romans, the Arabs, the Mongols, the Turks, the Ottomans, the British and the Russians. The result of those invasions and defeats has cultured a deep sense of victimization. It is no wonder that Iranians are often seeking justice, are combatants, and thus resist bullying and outside force and pressure.

Second, Iran’s adamancy also stems from its strong, nationalistic sentiments — i.e., national pride — and this is arguably the program’s driving force. This sentiment endures through their long civilization and cultural heritage.

While the Iranians support a nuclear deal, the September poll by the University of Maryland shows that 70% of Iranians oppose dismantling half of Iran’s existing centrifuges and 75% oppose limits on Iran’s research activity. The pole also indicates that a near-unanimous majority of Iranians say that it is necessary for Iran to have a nuclear energy program. This higher support in the face of international pressure highlights the role Iranian nationalism plays in the nuclear standoff with the West.

During three decades, the United States exercised all measures, short of military intervention, to bring about regime change in Iran. For reasons that I have discussed in depth and extensively in my newly published book, "Iran and The United States: An Insider's View on the Failed Past and the Road to Peace," all efforts have failed and contrary to expectations today, Iran is the most stable and powerful country in the region.

The current crisis in the Middle East, which is embroiled in civil wars, sectarian conflicts and the rise of the most dangerous version of terrorism, has created a new geopolitical context for the United States to revisit its three decades of failed policies toward Iran. Just recently, US Vice-President Joe Biden accused America’s key allies in the Middle East of allowing the rise of the Islamic State by supporting extremists with money and weapons to oust the Bashar al-Assad government in Syria.

Interestingly, Iran’s nuclear issue, which has become the Gordian knot in US-Iran relations, can, if resolved, be transformed to a springboard for strategic cooperation between the two states for the restoration of security and stability in the region.

To reach the final deal by Nov. 24, Iran and the EU3 negotiators have already been able to address three key areas of dispute: the future of the Arak heavy water reactor, the future of the Fordo enrichment plant and the issue of more expanded access to Iran’s nuclear-related facilities for International Atomic Energy Agency inspectors. The support of the US Congress would be instrumental to the success of Iran’s nuclear negotiations to resolve the remaining disputed cases by Nov. 24, ending decades of animosity between Washington and Tehran and opening doors on an overdue cooperation aimed at combating the rise of terrorists and the emergence of the caliphate of terror.