7 reasons not to worry about Iran's enrichment capacity

With less than six weeks before the deadline for a comprehensive nuclear deal, Washington should not be so focused on Iran’s breakout capability that it misses the best opportunity in a decade to resolve the standoff. 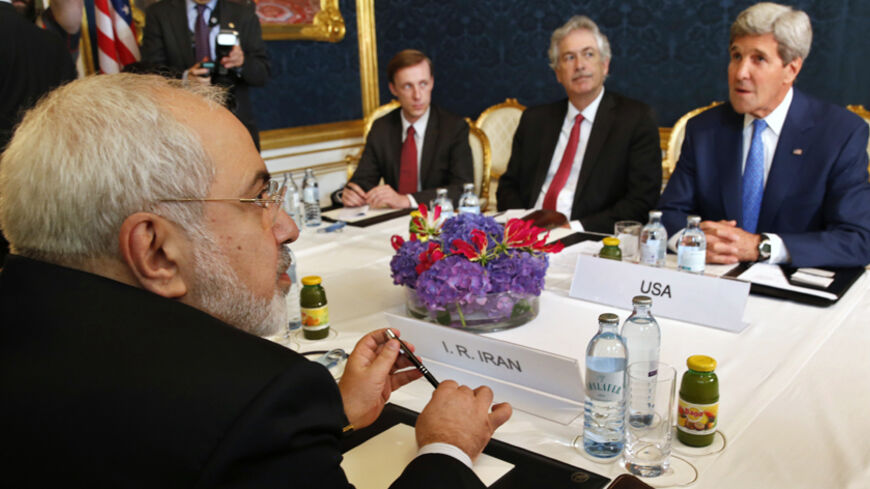 Iran and the five permanent members of the UN Security Council plus Germany are aiming to end the standoff over Iran's nuclear program by Nov. 24. Iranian and US officials have confirmed that progress was made in the extremely complicated nuclear talks in mid-October in Vienna.

“There was progress in all the fields. We still need serious discussions over various issues," Iranian Foreign Minister Mohammad Javad Zarif said following a six-hour meeting with US Secretary of State John Kerry and European Union High Representative for Foreign Affairs and Security Policy Catherine Ashton in Vienna.

With less than six weeks to go, the future scope of Iran's production of enriched uranium, which can have both civilian and military use, remains the key sticking point. While Zarif, Kerry and Ashton are supposed to meet in Muscat Nov. 9-10 to discuss steps toward a comprehensive final deal, Washington should not derail the opportunity to reach a solution by overemphasizing its demand to limit Iran’s uranium enrichment program.

The progress achieved to date is unprecedented. US nuclear negotiator Wendy Sherman said Oct. 23, “We have made impressive progress on issues that originally seemed intractable. We have cleared up misunderstandings and held exhaustive discussions on every element of a possible text.” If a deal is not reached, it will mean no limits at all on Iran’s enrichment program and missing the best opportunity in a decade to resolve the nuclear standoff with Iran.

The following are seven reasons not to be too overly concerned about Iran’s breakout capability:

I am confident that Iran, the United States and the world powers genuinely seek to reach a deal and that there is no reason to extend the deadline beyond late November. The best strategy is to pursue a broad engagement with Iran to ensure that the decision to pursue a nuclear breakout will never come about. Iran and the United States are already tacitly and indirectly cooperating in the fight against the Islamic State (IS). A nuclear agreement would be a great boost to mutual trust and provide greater options for dealing not only with IS and the Syrian regime but also Afghanistan and Iraq — where both Washington and Tehran support the new governments in Kabul and Baghdad. Rather than focusing on enrichment capacity, Washington should weigh its capacity for relations with Iran.