Iran, US prepare for final push on nuclear deal in Vienna

Marathon talks between Iran and the six world powers are underway in Vienna to see if they can close a final nuclear deal before the July 20 deadline. 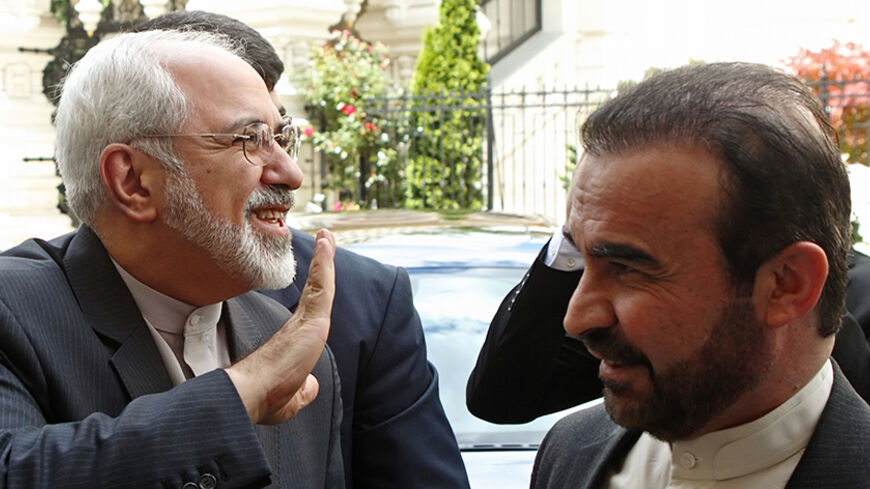 Washington, DC — An air of uncertainty and mutual resolve swirls over marathon nuclear talks that got underway in Vienna Wednesday (July 2) over whether Iran and six world powers (P5+1) can narrow key gaps to reach a final Iran nuclear accord by July 20.

The United States has sent some 15 officials, led by Deputy Secretary of State Bill Burns and Under Secretary of State Wendy Sherman, to Vienna for talks between Iran and six world powers expected to last over two weeks — an unprecedented investment of top personnel and policy bandwidth that demonstrates the high value Washington has placed on the goal of trying to reach a negotiated agreement with Iran to ensure it does not obtain a nuclear weapon.

Secretary of State John Kerry may also join the talks next week after a July 9-10 trip to China, sources told Al-Monitor, although the decision for Kerry and other foreign ministers to join the talks has not been finalized, amid a fluid situation.

The key gap between the two sides remains over the size of Iran’s enrichment program in a final deal, sources close to the negotiations have told Al-Monitor.

“I think it is going to be very tough,” former US negotiator Robert Einhorn told Al-Monitor in an interview Wednesday (July 2), “unless the Iranians really are prepared to alter their basic approach.”

“It is not a question of simply splitting the difference, of finding the midpoint between the positions of the two sides,” Einhorn said. “Iran wants to have the capacity to produce fuel for nuclear power reactors … The US and its partners believe that would give Iran a very short breakout capability [which would] be unacceptable. Instead, their proposal is for Iran to have the capacity to fuel a couple of relatively small research reactors.”

“Iran has had the option for several months to explain to its public that the US concession on enrichment was very important, and that Iran can have a highly capable nuclear program, with for the time being, relatively modest-size enrichment capabilities,” Einhorn said. “But it hasn’t chosen to make that case. Instead it has gone public with the desire to have the capacity to provide fuel for nuclear power reactors. I don’t know whether they have the domestic room for maneuver to alter the narrative at this point. If they don’t, then there will not be an agreement.”

There were some positive signs, as well as warnings, in comments issued by Iran’s top negotiators as negotiations got underway in Vienna on July 2.

“We are trying to reach a deal. Not a good deal or a bad deal, but a doable and lasting deal,” Iran’s Foreign Minister Mohammad Javad Zarif said in a video released July 2, as he and European Union foreign policy chief Catherine Ashton kicked off the marathon talks with a meeting joined by the US's Burns.

“We are willing to take concrete measures to guarantee that our nuclear program will always remain peaceful,” Zarif said.

Iran is willing to accept restrictions on its program in a final deal, but the final deal should have a time frame, Iran’s Deputy Foreign Minister and nuclear negotiator Abbas Araghchi said.

“If we accept limitations for confidence building [in the final agreement], it will be for a specific time frame and temporary,” Araghchi told Iran's Student News Agency (ISNA) as Al-Monitor's Arash Karami wrote July 2. The time frame "is one of the issues being negotiated."

Israeli officials, who held meetings with US negotiators at the White House Monday ahead of the latest round of Vienna talks, said their US counterparts were still not certain that remaining gaps would be closed, but saw the July 20 "deadline" as a possible "forcing event" that could possibly help narrow gaps that until now have remained intractable.

The Iranians have until now “couched their negotiating position under the rubric of keeping what they have and creating a platform on which to expand,” an Israeli official, speaking not for attribution, told Al-Monitor July 1. The P5+1 proposal calls for rolling back the Iranian program: “I don’t see how you get to a zone of potential agreement.”

“Now, the question is what can change,” the Israeli official continued. Until now, both parties have been sticking to their “top line” negotiating positions, he said. “They have not [yet] gotten to their bottom lines.”

He said that he would not judge a potential final agreement “by just one element.” “We want to see the whole agreement. [Is it] sustainable, credible, [can it] stand on its feet.”

Former US nuclear negotiator Einhorn said he saw a way forward if Iran is willing to take it.

Iran could have an enrichment program sufficient to meet its "immediate civil nuclear needs, which are to provide fuel or a modified Arak reactor, as well as fuel for the small research reactor [that] it’s notified the International Atomic Energy Agency (IAEA) it wants to build,” Einhorn, now with the Brookings Institution, said. That would both meet Iran's current needs while maintaining an "enrichment capacity that is compatible with P5+1 requirements for ensuring against a very short breakout capability."

“At the same time, continue with its power program … but allow Russia to provide the fuel for Bushehr after 2021, and for any further power reactors that it buys from Russia,” Einhorn said.

To alleviate Iranian concerns about depending on Russia for future fuel supply needs, Einhorn proposed that Iran could purchase five years’ worth of spare fuel from the Russians and store it on Iranian territory. Iran could also sell Russia some of its 3.5% enriched uranium if it wanted to.