A group of influential nuclear experts is suggesting that Iran be allowed to replace its first-generation centrifuges with a smaller number of more advanced machines, and that these be installed in a multinational facility under tight international inspection. 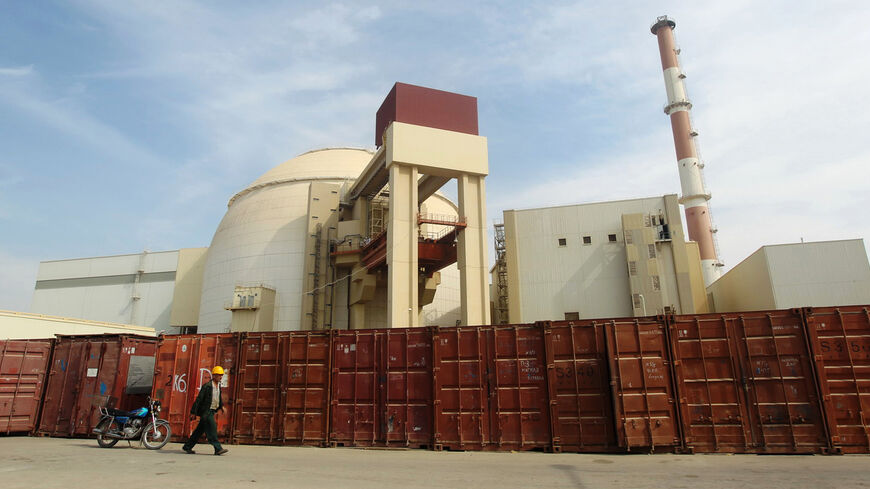 As American and Iranian officials meet June 9 in Geneva, a former spokesman for Iran’s nuclear negotiators, Seyyed Hossein Mousavian, and several physicists at Princeton are proposing a possible solution to the dispute over how many centrifuges Iran can retain under a long-term nuclear agreement.

Their draft proposal, prepared for publication by the magazine Arms Control Today and made available to Al-Monitor, would permit Iran to transition from the rudimentary machines it currently employs to enrich uranium to more-advanced centrifuges over the course of five years. This would reduce the numbers of centrifuges Iran would require to meet the needs of even an expanded civilian reactor program, but it still raises concerns about Iran’s ability to “break out” and produce fuel for nuclear weapons.

To deal with these concerns, the authors — Mousavian, Alexander Glaser, Zia Mian and Frank von Hippel — suggest that Iran and the five permanent members of the UN Security Council plus Germany, the P5+1 nations, explore creating a multilateral uranium enrichment facility that could supply Iran and other countries in the region with nuclear fuel. Such an arrangement, they say, “could provide a long-term solution to the proliferation concerns raised by national enrichment plants in the Middle East and elsewhere.”

The number and type of centrifuges Iran operates is a major sticking point in the negotiations that have been held in Vienna, New York and Geneva. Senior Iranian and American officials are meeting this week to try to work out understandings before the next P5+1 meeting, scheduled for June 16 in Vienna. Iran, which currently possesses about 18,000 IR-1 machines, of which about 10,000 are operating, has suggested that it needs as many as 100,000 to produce fuel for its sole, operating civilian nuclear power plant at Bushehr when a current contract with Russia to supply fuel for the plant expires in 2021. Iran also plans to build as many as five smaller reactors to produce medical isotopes and conduct research.

In stark contrast, some prominent US nuclear experts have written that Iran must reduce the number of centrifuges it operates to a maximum 4,000 IR-1s to extend to six months to a year the time it would take Iran to produce enough fissile material for a nuclear weapon, should it decide to renounce its obligations under the Nuclear Non-Proliferation Treaty.

The authors of the Princeton study argue that Iran can provide assurance that it is not trying to break out by continuing to allow the in-depth scrutiny of its facilities by the International Atomic Energy Agency (IAEA) that it has been permitting under an interim nuclear agreement.

Under that agreement, Iran has continued research and development of more advanced centrifuges but has not installed any. The draft Princeton proposal would allow Iran to replace the IR-1s it currently has operating with the next generation, so-called IR-2ms. Since the latter is five times more efficient than the IR-1, Iran could produce the same amount of enriched uranium with 2,000 IR-2ms. The stockpiled uranium, which would have to be capped at 5% U-235 — far from the 80% required for weapons — would be converted from a gas to a powder form that cannot readily be further enriched. This is the procedure Iran is already following under the interim accord, but it is unlikely to satisfy critics who note that the oxide powder can be turned back into hexafluoride gas.

The Princeton proposal has been shown to Iranian and American negotiators, according to one of the authors, who declined to divulge their reaction. Iranian officials have suggested in the past that they would prefer not to expend their limited resources on building tens of thousands of additional first-generation centrifuges.

Robert Einhorn, a former chief US negotiator who left the State Department a year ago and who has made influential suggestions of his own, told Al-Monitor in an email, “My general reaction to the draft is that it is not a promising basis for a deal.”

Einhorn said the proposal “buys into Iran’s argument that it needs to have the capacity to produce enriched uranium to fuel the Bushehr reactor when the Russia-Iran fuel supply contract expires in 2021 … just seven years after a comprehensive agreement would take effect. This enrichment capacity would give Iran a very rapid [breakout] capability and would clearly be unacceptable to the United States.”

One way around these objections would be to install the advanced centrifuges in a multinational facility under constant IAEA scrutiny. The idea of a multinational enrichment plant has been around for several years and was embraced by former IAEA Director General Mohamed ElBaradei in 2004 as well as (at one point) by former Iranian President Mahmoud Ahmadinejad. The authors of the study assert that such a facility could provide a long-term solution to supplying nuclear fuel to other countries in the region that are also constructing nuclear power plants. The question of where to locate such a facility could, however, be problematic.

As the authors note, most countries in the world do not produce their own nuclear fuel but obtain it from consortiums, such as Urenco and Areva in Europe. Iran, however, has had a bad experience with such consortiums, having invested in one called Eurodif under the shah’s reign but then denied access to enriched uranium after the 1979 Islamic revolution.

This is not the first time this group of physicists at Princeton has sought to influence the nuclear negotiations. Several months ago, they suggested a way to make a heavy-water reactor at Arak that Iran is constructing less proliferation prone by reducing its power and fueling it with low-enriched instead of natural uranium. That proposal appears to have been embraced at least in part by the negotiators.

With the interim agreement due to expire July 20, there is mounting pressure on all sides to resolve disputes over the scope of Iran’s nuclear program and sanctions relief. If no deal is reached, the interim agreement can be renewed for six months, but political and bureaucratic realities argue for resolution by this fall, when the European Union’s foreign policy chief, Catherine Ashton, and US Deputy Secretary of State Bill Burns are due to retire and Americans will vote in congressional elections that could flip control of the Senate to the Republicans. Without a deal, pressure is sure to increase in the US Congress for more sanctions legislation against Iran, which could embolden Iranian hard-liners.