Why did Iran's Reformists shift on support for Syria?

After having initially supported protests against Syrian President Bashar al-Assad, some Iranian Reformists have changed their positions and now openly back Assad's fight against the Islamic State. 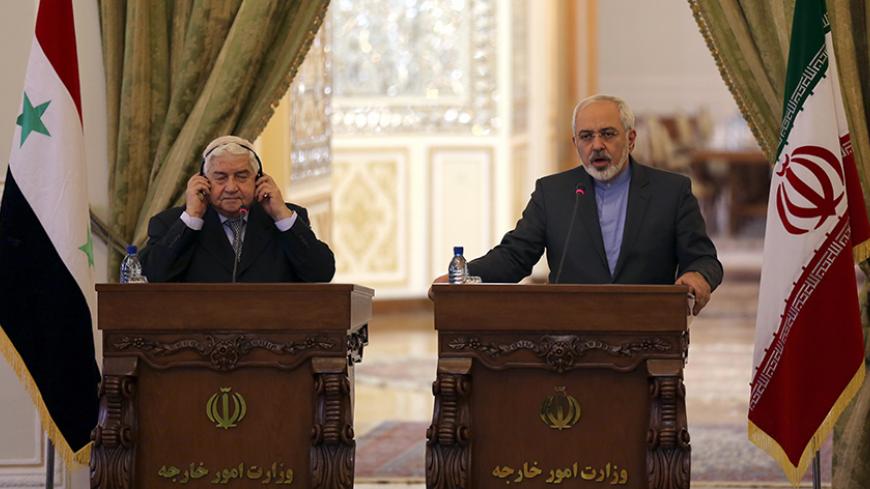 Ali Akbar Velayati, a top aid to Iranian Supreme Leader Ayatollah Ali Khamenei, visited Syria to meet with Syrian President Bashar al-Assad on May 19 and announce once again his country’s support of Assad. The visit came only a few weeks after Syria’s defense minister, Fahd Jassem al-Freij, visited Tehran on April 28 to meet with Iranian officials. In another development, two Iranian Islamic Revolutionary Guard Corps (IRGC) generals were killed in Syria in a military operation against anti-Assad fighters on May 20. In Iran, killed IRGC generals are highly respected and hailed as patriot heroes who fought against the Islamic State (IS) and sacrificed their lives in defense of their country and the holy shrines of the Shiite faith. After a long period of controversy and disagreement about foreign policy issues between Reformists and conservatives, there appears to be a consensus on national security.

Many Reformists in Iran initially welcomed the protests against Assad. Between Aug. 5, 2011, and Oct. 18, 2012, the Coordination Council for the Green Path of Hope, one of Iran’s main Green Movement groups, issued a series of statements lending fundamental support to the uprising of the “oppressed people of Syria,” comparing their protests to the Iranian Green Movement protests and suggesting that freedom-seekers throughout the world should learn from each other. In September 2011, 150 Iranian physicians wrote a letter to Assad, condemning “the massacre of defenseless Syrian people.” Leading Reformists such as Mostafa Moeen, Mohammad Reza Khatami and Ali Shakouri-Rad were among those who signed the letter.

Since March, the Reformists’ stance on Syria and Iraq has transformed so dramatically that a leading Reformist-minded journalist outside of the country, Masoud Behnoud, described with admiration Qasem Soleimani — the head of the Quds Force of the IRGC who runs Iran’s regional policies — with such unusual words as the Saint General, likening him to legendary Iranian military Cmdr. Mostafa Chamran. In April, Abbas Abdi, an acclaimed Reformist politician, criticized his fellow Reformists’ previous views on Syria more blatantly and accused them of siding with Saudi Arabia and Turkey.

But the question remains how such a significant shift took place, bringing Reformists so close to their conservative rivals on foreign policy.

Iranian President Hassan Rouhani’s success in the 2013 presidential election, the disappointing aftermath of the Libyan and Egyptian revolutions and the surge of IS in Syria and Iraq led Reformists to revise their attitude toward Syria. The Syrian uprising commenced when the Iranian Green Movement was undergoing its second year in 2011; as a result, Iranian Reformists compared Syria with Iran, correspondingly condemning Assad and hailing the rebels. Iranian Reformists felt that they sought the same democratic goals as peacefully as Syrians and that they were oppressed in the same way by the Iranian government as Assad oppressed his people. Therefore, they felt sympathy with Syrian rebels fighting Assad. But with the success of Rouhani in the June 2013 presidential election, they were no longer opposition leaders outside of the power structure; instead, they became part of a ruling government that was required to define and shape the foreign policies of the state, taking into consideration broader issues of geopolitical significance such as the Iran-Saudi power balance. Iran’s Green Movement leaders and other figures remain under arrest and outside of power.

But the Syrian issue was redefined in a framework of broader geopolitical realities with immediate consequences on Iran’s regional influence, rather than only a source of sympathy or a comparison and victimization to be used in domestic political competitions.

Developments on the ground in Libya, Syria and Iraq, however, were also very relevant in that the whole Arab Spring, democracy and human rights discourse turned into a discourse of brutal jihadi terrorists fighting a secular (and previously stable) government. While at the outset, the strings of Arab revolutions were monitored optimistically and were models to be followed in other countries, eventually the chain of the events — especially in Libya and Syria — became so dreadful that desirability of any further revolution was questioned. With the shocking failure of the Libyan model, the idea of similar activities no longer had any appeal in Iran. Any call for radical reforms was responded to only by referring to Libya and Syria and their outcomes.

Another factor that led to the change of some Reformists’ views was the surge of IS in Syria and Iraq in May and June 2014, where the foreign policy of Reformists became even closer to that of the conservatives. The IS blitzkrieg takeover of Mosul alarmed many in Tehran and was considered a looming threat to the nation. Iran’s involvement in Syria, formerly considered by many Reformists as illegitimate support of a tyrant, was suddenly considered a nationalistic defensive action against an immediate and imminent threat. The IRGC’s earlier argument that “if we do not fight them in Damascus, we have to fight them back in the streets of Tehran” found more support. Therefore, Iran’s involvement in Syria and Iraq was hailed as an unavoidable pre-emptive and defensive war against IS brutalities rather than the support of Assad. Furthermore, it gave Iran legitimacy in its support of Assad internationally, as Iranian Foreign Minister Mohammad Javad Zarif emphasized in his interview with Spiegel: “If we had not provided that support, you would have had [IS] sitting in Damascus now.”

The relative unanimity in foreign policy among the main political blocs in Iran, however, was not totally due to the shift in Reformists’ views; rather, it was also because of conservatives’ change of view. Khamenei’s assertive policy change, demonstrated by his well-known phrase of "heroic flexibility," indicates conservatives’ move toward more congruity with Reformists. While for years Khamenei firmly resisted any overt negotiations with the United States, foreign ministers of the two countries have met several times during the last few months. Recently, Zarif clearly announced the willingness of his country to extend engagements with the United States “far beyond nuclear negotiations.” This followed Khamenei’s previous implicit confirmation a few days earlier.