Egypt’s tourism sector has been slowly growing as people do not differentiate between South Sinai and North Sinai, where the fighting is ongoing between the Egyptian army and the Islamic State. 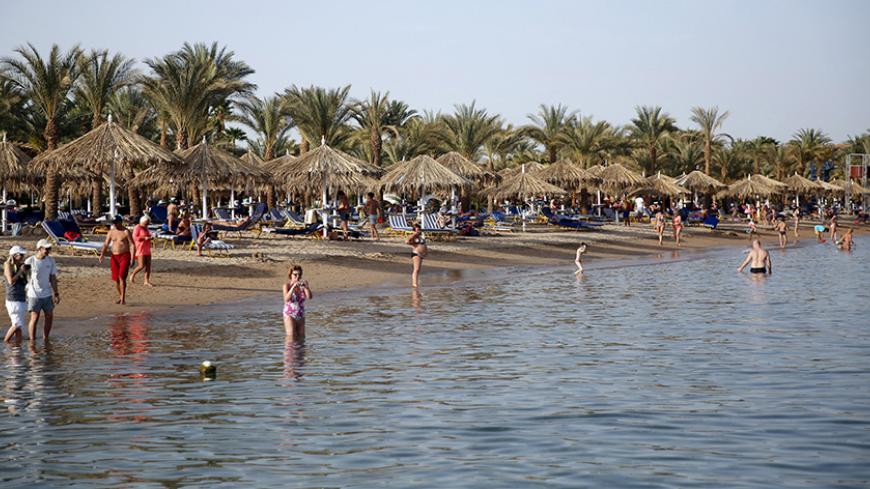 Tourists enjoy the water at a beach at the Red Sea resort of Sharm el-Sheikh city, in the South Sinai governorate, south of Cairo, March 27, 2015. - REUTERS/Amr Abdallah Dalsh 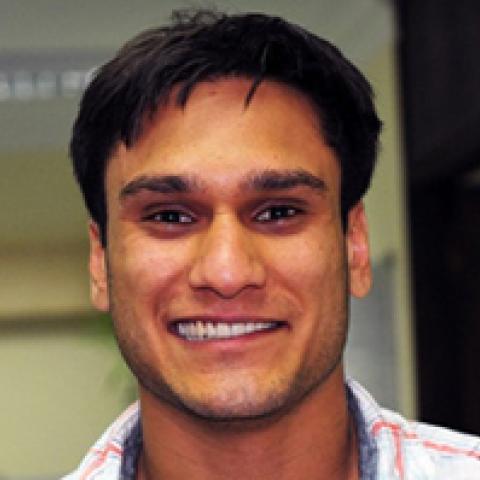 Egypt's "tourism rebound" is in full swing, according to a fact sheet circulated by the Egyptian Embassy in Washington last week. The latest numbers show increasing arrivals and revenues, which are set to rise by 47% by the end of this financial year, and is coupled with a promise from the Ministry of Tourism to double the size of the tourist sector by fiscal year 2017-18.

Daily occupancy rates in the Red Sea resort towns of Sharm el-Sheikh and Hurghada reached more than 70% at the start of June, a Ministry of Tourism spokesperson told Al-Monitor. This is welcome news for an industry that has arguably been the worst hit by Egypt's recent years of instability and violence broadcast around the globe.

However, while numbers for the major resorts sound good, South Sinai resorts north of Sharm el-Sheikh are waiting for the "rebound" effect.

“In 2010, everyone in Dahab was saying 'We had an incredible year.' We looked forward to 2011 and thought we were moving on,” Jimmy Dahab, a businessman who has lived and worked in Dahab for 21 years, told Al-Monitor. Dahab's hotel Bishi Bishi — his last remaining business — saw occupancy rates drop from 100% to 20% over the last few years.

The ministry reported daily hotel occupancy rates in Dahab to be around 30%. But Dahab pointed out that this figure comes from the five upscale resorts, and the small independent hotels and restaurants do not get any share of the business.

In 2013, Egypt’s tourism sector accounted for 11.5% of total employment, according to an economic impact report by the World Travel & Tourism Council.

The January 25 Revolution prompted a slump in tourism. According to the Central Agency for Public Mobilization and Statistics, 9.8 million visitors booked a vacation to Egypt in 2011, down from 14.9 million visitors in 2010. The recovery was hampered by further unrest in 2013 with visitor numbers dropping to 9.5 million, after having climbed to 11.5 million in 2012. In 2014, 9.9 million visitors arrived. The ministry expects that by 2020 the number will be 20 million.

Road closures in the Sinai Peninsula worsened the situation in South Sinai. Access is one of the biggest problems, Dahab and other hotel owners and workers in the tourism industry told Al-Monitor. Dahab said the roads have not been fixed for years and the increased security measures can be a nuisance. He highlighted the policy of making cars drive in convoy between Sharm el-Sheikh and Dahab, a small town situated on the southeast coast, which can add up to an hour to transit times.

“When you arrive you should hear 'Welcome to Sharm el-Sheikh,' but instead one of the first things people hear coming to Dahab is someone asking for an ID at a checkpoint full of men with guns,” said Dahab, who believes the army should secure the roads as a whole to avoid the need for restrictive checkpoints.

Security in Sinai is high, especially in the north where the army is battling militants affiliated with the Islamic State (IS). IS has stated the security forces are the targets of their campaign. However, a 2014 attack on a tourist bus that killed four was justified as part of Ansar Bayt al-Maqdis' war on the Egyptian regime’s economic interests, before its pledge of allegiance to Abu Bakr al-Baghdadi in November 2014. While the army has managed to contain the militants in the north, Dahab and others are sympathetic to the fear people have of traveling to Sinai, as they believe no distinction is made between the north and south in the media.

“The news is just 'Sinai today, bomb, terrorist, bomb,’” Dahab said, noting that the distance between Dahab and the fighting in the north is 400 kilometers (250 miles). He and others believe Sinai is often portrayed as one entity, and they want the world to know that South Sinai is safe.

North of Dahab is the port town of Nuweiba. The tourism industry there has been struggling a lot longer than in Dahab, as it saw a drop in Israeli tourists after the intifada in 2000 and the 2004 car bombing in the Taba border town — which, according to the Egyptian authorities, was carried out by two Palestinians — which killed 33 people, including 13 Israelis.

The Taraben Beach, a few minutes north of Nuweiba, is made up of shops and a dozen or so beach hotels. When Al-Monitor visited it at the start of June, the beach was deserted, save for some locals swimming and three foreigners lounging in the shade. Mahmoud, who declined to share his last name, manages one of the few open hotels. He said this is now a common sight on the Taraben Beach.

“Five years ago, the resort made $4,570 per month. Now I make enough to pay the electricity bills and pay the staff,” Mahmoud said. He, too, complained about the poor conditions of the roads and lack of investment in infrastructure. He added, “The government has forgotten me."

Some of his neighbors have given up waiting for tourists. Maged el-Said, the owner of the Habiba Village resort, has taken a different approach. “In 2007, we realized that what we were doing was not sustainable and we were damaging resources for future generations.” He decided it was necessary to diversify in order to survive, not just for him but also for the entire community. Through extensive research, he tapped into the local resources and created a model sustainable cooperative farm. He shared his experience with his community and there are now 47 other farms like his, reducing reliance on tourism.

Tourists are still encouraged by Said and others who now offer "agri-tourism" experiences to lure the environmentally conscious traveler to their patch of paradise.

The Ministry of Tourism launched an initiative in December 2014 called “Egypt in Our Hearts,” which teamed up with Egyptian travel agencies to provide subsidized packages to encourage Egyptians to vacation in their own country. A search for the initiative on the Internet showed only two package deals for hotels in Taba, which one must book in person.

Dahab has never heard of the initiative and pointed out that the "all-inclusive" deals offered in Sharm el-Sheikh and the upmarket resorts in Dahab are “killing” smaller businesses.

The Ministry of Tourism spokesperson acknowledged that smaller resorts would take longer to recover, and that when the larger places fill up, the smaller resorts will begin to receive more reservations. This cannot come soon enough for the workers in Dahab and Nuweiba.

Editor's note: This article has been edited since its initial publication