Belmokhtar may be dead, but global jihad still alive

A US airstrike may have killed top Algerian al-Qaeda jihadist Mokhtar Belmokhtar, but his dream of driving the West out of the Middle East and North Africa remains a "dangerous nightmare." 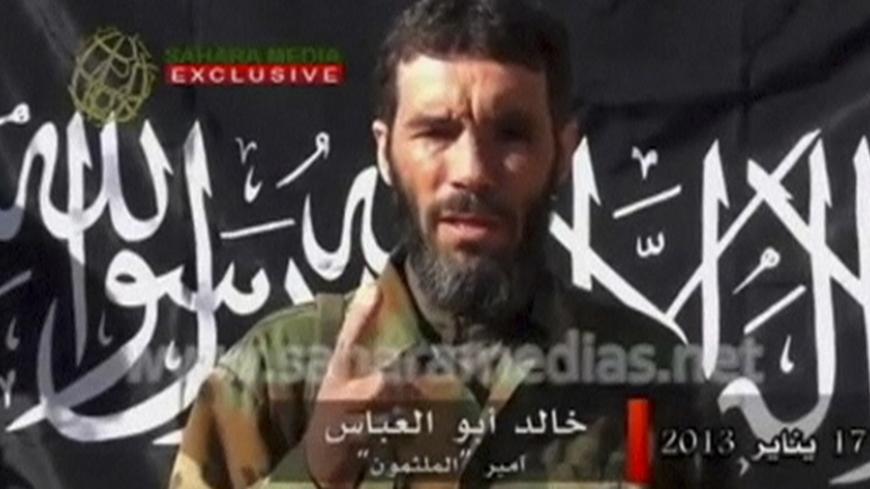 If confirmed, the death of Mokhtar Belmokhtar, the Algerian al-Qaeda leader, in Libya will have removed one of the last of the formative generation of the global jihad who got their combat experience fighting the Soviets and communists in Afghanistan a quarter century ago. The idea they created — global jihad — has outlived Osama bin Laden, Abdullah Azzam and others; in fact, it has never been stronger.

Belmokhtar was born June 1, 1972, in Algeria. At 19, he went to Afghanistan to fight the pro-Soviet communist government in Kabul. He lost an eye preparing a bomb in the war, a red badge of honor. He was one of the "Afghan Algerians," as they were known, who came home from fighting with the mujahedeen believing that jihad is the only answer to the problems of the Islamic world. He became an enthusiastic supporter of bin Laden, even naming his son after the Saudi.

Belmokhtar gained a reputation for brutality and violence in the Algerian civil war in the 1990s. He fought with the Armed Islamic Group, then the Salafist Group for Preaching and Combat, and finally al-Qaeda in the Islamic Maghreb (AQIM) when it was created in 2005. It was the path of extremism and sadistic violence.

His specialty was operating in Algeria's huge southern desert and the states surrounding it. There he merged jihad with crime. He used traditional smuggling routes to make a small fortune in contraband, earning the nickname Mr. Marlboro. He also specialized in kidnapping for ransom, earning millions. In 2008, his group took a Canadian diplomat working for the United Nations, Robert Fowler, captive and held him for 130 days until he was ransomed. Fowler met Belmokhtar and his account of his imprisonment is a unique look inside al-Qaeda in action. Belmokhtar emerges as a charismatic fanatic who employs violence to generate loyalty but is also a canny operator.

In 2011, he tried to assassinate the Israeli ambassador in Mauritania with an attack on the embassy. On Jan. 16, 2013, he achieved his greatest success with an attack on the In Amenas gas facility in southern Algeria. At least 39 workers were killed, many foreigners. Belmokhtar said he "did it for al-Qaeda" and to punish France and the Algerian regime for supporting the Crusaders against Islam.

He formed his own group outside of the AQIM mainstream but stayed loyal to al-Qaeda's emir, Ayman al-Zawahri. According to one account, he was trying to unite al-Qaeda and Islamic State (IS) factions when the US airstrike hit a farm in Libya. Since Belmokhtar has been claimed dead many times before, it would be prudent to wait for a martyrdom eulogy from al-Qaeda. If one is not forthcoming, he probably escaped death again. He has been sentenced to death twice in Algeria and claims of his demise are too numerous to count.

Perhaps as many as 20,000 foreign fighters came to Pakistan to fight the jihad against the Soviet 40th Red Army and its Afghan communist allies. Most never saw combat, but those that did gained great street credit for the rest of their lives. They did not win the Afghan war — the Afghan mujahedeen and their Pakistani allies did — but the foreign contingent created the ideology that would become al-Qaeda's narrative of global jihad. A myth about the foreign fighters was born.

​Today that ideology and mythology inspires not just al-Qaeda but also its rival, IS, also known as the caliphate of Abu Bakr al-Baghdadi. Together they have more sanctuaries than ever before across Africa and Asia. Their goal is to do to America what the Afghan war did to the Union of Soviet Socialist Republics: Break the morale of the enemy, drive them out of Muslim lands defeated and dispirited and set the stage for a superpower's collapse. It's all a fantasy, but a very dangerous nightmare.