A recent conference of investors landed six projects for the West Bank, but none for Gaza because of the risk involved. 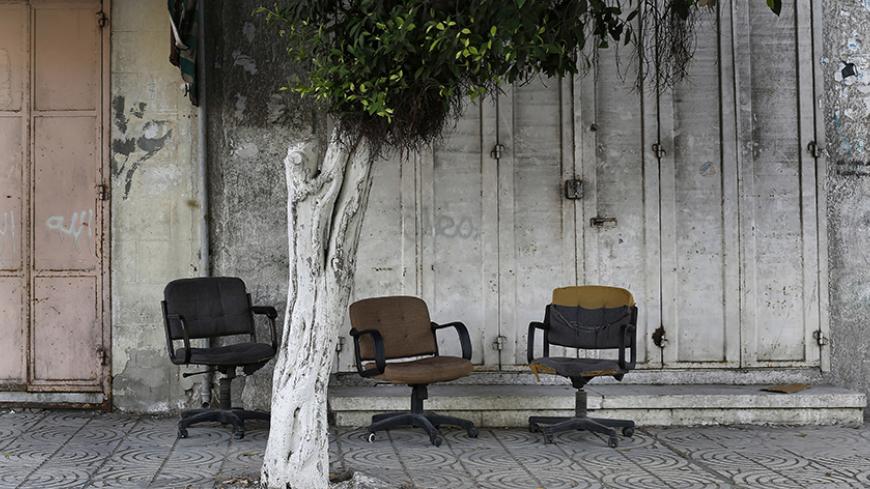 RAMALLAH, West Bank — As a businessperson, would you invest your money in the Gaza Strip under the current political and economic conditions? Farouk Shami did not hesitate to answer in the affirmative, stating, “I do not believe there are obstacles. Rather, there are challenges that we must all work to overcome, and Gaza is currently in dire need of our money.”

Shami, a Palestinian American businessman, led a three-day investors' conference that convened May 4 in Ramallah with the aim of attracting Palestinian business investments from abroad. Those assembled pledged $104 million for six projects in the West Bank, but no funds or projects were forthcoming for Gaza, which remains in need of reconstruction and economic recovery after the 2014 war with Israel.

Going into the conference, Shami said, “Gaza is in our heart,” and predicted that it would receive the same share of funds as the West Bank. That this failed to happen came as no surprise to the Gazan businesspeople who attended the meeting. They had, at most, only modest hopes of receiving any kind of project funding.

Ahmed Bseiso, a Gaza businessman and chairman of the board of directors of the Palestinian Development Fund, said that investors are always reluctant, because the situation in Gaza is not a good environment for capital investment given the blockade and the political division. He told Al-Monitor, “The economic and political situation in the Gaza Strip after the war does not live up to the requirements of investors. Here we are, eight months after the war, still waiting for the reconstruction funds from donors.”

Bseiso and a few other Gaza businessmen were able to obtain permits from Israel to enter Ramallah, but 25 others were denied permission. “We can talk about investment in the Strip when we are allowed to travel to and from the Strip,” he said.

Mohammed Shtayyeh, president of the Palestinian Economic Council for Development and Reconstruction, told Al-Monitor, “The investment environment in the Gaza Strip and the West Bank are the same. There are the same laws, and the same challenges and needs, except for the fact that the Strip is still destroyed as a result of the recent war.”

For Gaza to recover, the situation appears to require that investors give preference to Gaza. Shtayyeh said, “Palestinian capital providers must be brave and take a step forward to invest in Palestine, create jobs, strengthen the steadfastness of the citizens and begin the reconstruction of Gaza.”

In terms of jump-starting the reconstruction process, Shtayyeh explained that a two-pronged approach is necessary. “The first course of action is general and related to reconstruction, and the second is a parallel course involving investments from the private sector,” he said. “We are trying to expand the productivity base and reactivate the economic cycle in the Strip, and therefore we urge businessmen to give priority to Gaza since it has poverty and unemployment rates higher than those in the West Bank.”

According to Shtayyeh, the main obstacle to investment in Gaza is the Israeli blockade. He said, “The continuation of the blockade means there is no possibility of investment in the private or public sectors. Israel controls the border crossings, the territory and the borders. How can we ask Palestinian capital providers to invest in such an environment?” In addition to the blockade, Shtayyeh also noted that the internal division played a negative role, stressing that there are some people in Gaza benefiting from the current situation and who are therefore keen to maintain the division, which adversely affects the investment climate.

The economist Naser Abdel Karim agrees that the most important obstacles are the blockade and the internal division between Fatah and Hamas. Nonetheless, he said, “The government is still capable of assuming its functions. On the ground, there is a real authority in Gaza, which the investors deal with other than the official authority.”

Abdel Karim said, “The decision to invest is not immediately taken and implemented. Numerous conferences to support the Palestinian economy, held in Bethlehem, London and Turkey, talked about billions of dollars worth of investments, but zero investments have been made. The West Bank and Gaza are under occupation — Israel still controls the land crossings — and therefore it is difficult to talk about economic development, not to mention the economic agreements that bind the Palestinian economy with Israel.”

Karim said the Israeli occupation is not only crippling investment in Gaza, but the West Bank as well, while questioning the actual investment potential in the West Bank. He told Al-Monitor, “If the appropriate objective circumstances are present, the economic and investment environments in Gaza are more promising than those in the West Bank. Gaza has inherent resources not available in the West Bank. The Strip has components for a promising economy, including agriculture, and significant unexploited human energy.”

The problem as he see it is not businesspeople's inclinations or political trends. If the logistics are manageable, investors would not hesitate to invest in Gaza. Said Abdel Karim, “There is a need for unlimited investments. Within two years, the Strip suffered from three wars and an ongoing blockade. Gaza registered negative economic growth for seven straight years, and its share of the Palestinian [gross domestic product] fell from 20% to 15% only.” Abdel Karim believes that $10 billion of private investments can revive the economy in the Strip, reinvigorate the market and go toward postwar rehabilitation.

For now, however, Gaza remains outside the investors circle as a result of the blockade and politics. “All of these conditions are considered uncalculated risks for businessmen, not to mention the great risk of the possibility of the outbreak of war at any time,” Abdel Karim observed.