In an interview with Al-Monitor, the spokesman for the interim Libyan government, Hatem al-Oraibi, discusses the need for the international community to lift the embargo imposed on the Libyan army and allow it to fight terrorist groups. 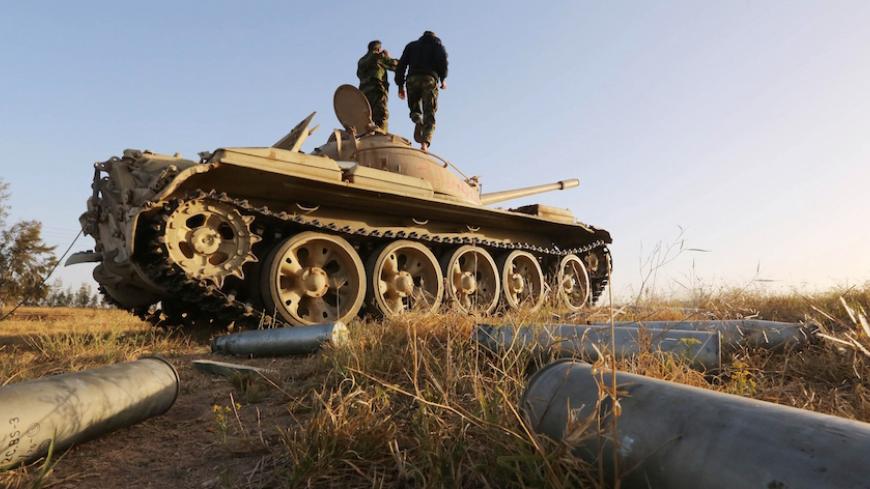 Fighters from the Libya Dawn militia stand on a tank during clashes with forces loyal to Libya's internationally recognized government, southwest of Sabratha, April 28, 2015.

With the militant group Libya Dawn in control of Tripoli, Libyan parties are trying, under the brokerage of UN Special Representative and head of the UN Support Mission in Libya Bernardino Leon, to reach a political solution to end the crisis over the two parliaments and governments in Libya.

While the ​dialogue opened in January between the Libyan General National Congress (GNC), the parliament in Tobruk, municipal councils, some armed militias and most of the parties to the conflict are suffering political disputes, Tripoli witnesses daily bloody battles between the national military and Libya Dawn. The Libyan forces led by Gen. Khalifa Hifter’s group are trying in vain to regain control over the capital.

While the internationally recognized Libyan parliament declared on May 4 its acceptance in principle of the draft political deal prepared by Leon (with some remarks), the future of the dialogue and its success depend on the GNC, whose term has ended. The GNC had refused this draft back in April, following the dialogue sessions in the Moroccan city of Skhirat, pushing the solution efforts back to zero.

Al-Monitor tried to shed light on the Libyan crisis in an interview with Hatem al-Oraibi, spokesman for the internationally recognized interim Libyan government.

Al-Monitor:  What are the efforts deployed by the interim Libyan government headed by [interim Prime Minister] Abdullah al-Thinni to regain control over the capital Tripoli, which is under the grip of Libya Dawn?

Al-Monitor:  Do you think that the time factor is important and that the international community should quickly lift the embargo on arming the Libyan army to regain control of the entire Libyan territory?

Oraibi:  Certainly. The danger of terrorism does not only threaten Libya, but also threatens neighboring and Mediterranean countries.

Al-Monitor:  Does the Libyan government seek a Gulf intervention in Libya, similar to that in Yemen, to end the crisis?

Oraibi:  We are only asking for lifting the arms embargo, as the Libyan army is currently able to end the battles.

Al-Monitor:  How do you assess the position of the international community and its unwillingness to lift the arms embargo on the Libyan army to end its battles with militant groups, such as Libya Dawn?

Oraibi:  Unfortunately, the international community abandoned the Libyan people. After contributing to the overthrow of Col. Moammar Gadhafi’s regime, it left the people to face terrorism without any support.

Al-Monitor:  Do you think that terrorist groups took advantage of internal political differences after the fall of Gadhafi, to tighten their grip?

Oraibi:  Certainly, especially after the Islamic political movement took over the reins of the government that supports these groups and describes them as revolutionaries.

Al-Monitor:  What do you think is the solution to restore stability on the Libyan street?

Oraibi:  A military solution is the only solution against the terrorist groups. There is no dialogue with them. This will be done by lifting the international community’s arms embargo on the Libyan army to support the legitimacy of the current parliament and government in Tobruk.

Al-Monitor:  If you get rid of terrorist groups, you will face a political dispute in light of the existence of a parallel parliament and government. What is the solution?

Oraibi:  There is no substitute for the legitimacy chosen by the people. We do not acknowledge the existence of any parallel authority. We cannot be neutral in this respect, since we are talking about the will of the people.

Al-Monitor:  What if the dialogue rounds sponsored by Leon falter?

Al-Monitor:  On the economic level, what are the steps undertaken by the government to improve the economic situation in the coming period?

Oraibi:  The government is seeking through the appropriate ministries to provide the needs of the people by controlling funding sources. We are in the process of setting a quick mechanism for the urgent disbursement of salaries and the resolution of all the crises we are experiencing.

Al-Monitor:  What funding sources do you mean?

Oraibi:  Oil is the main source.

Oraibi:  Oil fields and all ports are under the control of the legitimate government. The armed militias do not control the oil sources, but control the capital, where all state departments are located.

Al-Monitor:  What are the steps taken by the government to overcome this matter?

Oraibi:  Over a short period, God willing, measures will be taken to overcome this.

Al-Monitor:  As an internationally recognized Libyan government, do you support the formation of a joint Arab force to counter the challenges facing the Arab region?

Oraibi:  We certainly support the formation of an Arab force, because terrorism does not threaten a particular country but the whole region, and this is why this step is important.

Al-Monitor:  What is your vision for the future of the Arab region in light of the challenges that surround it, in particular the threat of terrorism?

Oraibi:  As long as there are Arab countries headed by leaders who are aware of what is being planned, the region will certainly overcome this crisis. 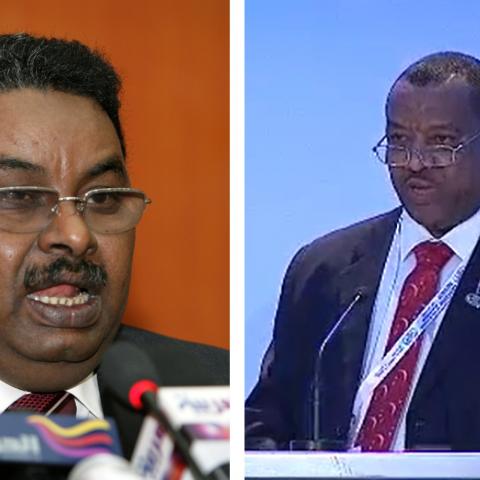 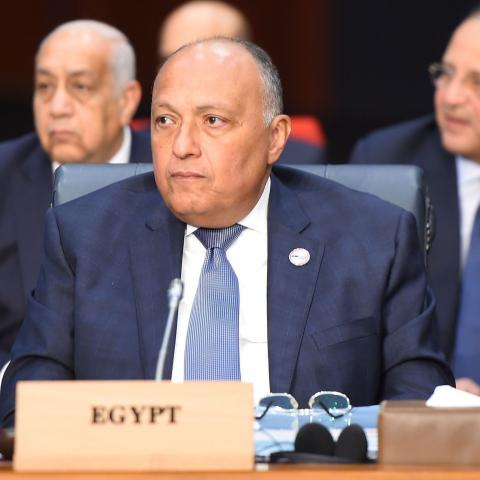