The common geostrategic interests of Israel and Turkey are greater than ever before. 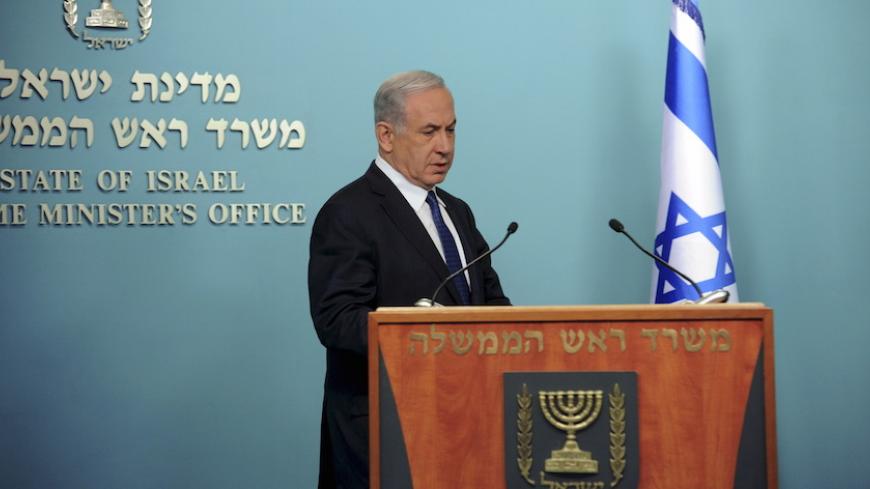 US President Barack Obama hosted six Gulf state representatives at Camp David for a summit May 14 with the goal of allaying the fears of Iran’s neighbors over the nuclear agreement taking shape between the superpowers and the ayatollahs.

The White House described the event as a meeting of the Gulf Cooperation Council (GCC), but it would probably be more accurate to call it the “Summit of Concerned States,” given the apprehension with which America’s traditional allies in the Gulf and Middle East have been watching the Obama administration draw closer to Iran.

Although these concerns stretch across the entire region, two very worried — and very significant — countries were conspicuously absent from this summit. The first, Israel, has been expressing its concerns vociferously from every possible platform. There is no need to reiterate how opposed Prime Minister Benjamin Netanyahu is to this agreement. He makes that crystal clear whenever he can. He speaks his mind, without spending too much effort on diplomatic language to conceal or even moderate his criticisms. The second was Turkey, which is also very concerned about rapprochement between the United States and Iran in general, and the blatant absence of various components — which it deems essential — in the emerging agreement in particular.

In an interview Al-Monitor conducted March 31 for Israel's Channel 2 TV, Turkish Deputy Prime Minister Bulent Arinc said that Turkey expects Iran to prove that it has no plans to develop its nuclear capabilities for military use. He said that any arrangement made with Tehran must include close supervision of its nuclear facilities to ensure that Iran cannot develop a nuclear weapon surreptitiously.

Outwardly, Turkey has been much more moderate than Israel in expressing its fears of a nuclear Iran. Unlike Israel, Ankara prefers to alleviate its concerns through a more proactive regional policy. In early April, President Recep Tayyip Erdogan flew to Tehran in an attempt to advance constructive engagement in a series of economic and strategic fields. Unfortunately, his efforts to lower the price of the natural gas that Iran supplies Turkey ended in failure, as did his goal of mediating between Iran and Saudi Arabia to stop the advances of the Houthi rebels in Yemen. As will be recalled, those rebels are backed and controlled by Tehran.

The cold shoulder that Erdogan received during his visit to Iran only served to cement the relationship between Turkey and Saudi Arabia. Cengiz Candar wrote for Al-Monitor that Saudi King Salman bin Abdul-Aziz Al Saud, who assumed the throne after the death of King Abdullah earlier this year, is deeply concerned about Iran’s expansionist and nuclear ambitions, and would like to form a Sunni axis to confront it. Of course, Turkey would play a prominent role in such an alliance.

When differences of opinion erupted between Erdogan and the late Saudi King Abdullah (over the ousting of Egyptian President Mohammed Morsi), it was Qatar that acted to appease the spirits. The brokering efforts and involvement created a trilateral Sunni axis, composed of Turkey, Saudi Arabia and Qatar, against the Shiite axis of Iran, Syrian President Bashar al-Assad, Hezbollah and the Houthis in Yemen. The first goal defined by the new Sunni axis was the ousting of Assad, considered also in Israel as a local Iranian front and as being under the ayatollahs' command. With this goal in mind, the members of the Sunni axis have been openly assisting Sunni organizations that are battling Assad in Syria (those who are not affiliated with the Islamic State), such as Jabhat al-Nusra.

A senior Israeli security official who spoke on condition of anonymity said that the recent spate of attacks in the Israeli Golan Heights' sector originated exclusively in those territories under Assad’s control. According to that security official, these attacks are “an Iranian effort to use ‘proxies’ against us.” He claimed that no attacks had been launched against Israel from territories controlled by Jabhat al-Nusra or the Free Syrian Army, both of which are fighting against Assad, and there is an agreement that Israel will not interfere with their activities against the Syrian president.

The security source refused to divulge how messages are exchanged between the Israel Defense Forces (IDF) and those forces fighting against Assad in the Syrian Golan Heights, but the source did confirm that official lines of communication between Israel and Turkey on these matters have been severed. The problem is that when it comes to common geostrategic interests, there is more overlap between Jerusalem and Turkey than ever before. That is why security sources in Israel are unanimous that the restoration of diplomatic ties between the two countries is more important than ever.

Those parties who believe that Israel has made more than its fair share of concessions to Ankara cite the warm reception that the Turkish government has afforded to Hamas officials in its territory. On the other hand, in the absence of direct and efficient lines of communication between the two countries, Turkey has no real interest in cutting off ties with Hamas. In other words, Israel’s protests are falling on deaf ears.

As I have noted here before, the deep distrust that Netanyahu has for Erdogan is the last obstacle in resolving the 2010 Mavi Marmara flotilla raid incident and in signing a reparations agreement with Turkey. It will be recalled that 10 pro-Palestinian activists were killed in the violent clash that erupted between the IDF and the participants of the flotilla as they attempted to break Israel’s siege of the Gaza Strip. On the Israeli side, two soldiers were severely injured in the fighting. Netanyahu is now demanding that Erdogan provide him with guarantees that he will no longer use his speeches to attack the State of Israel or him personally.

Meanwhile, various groups of Israeli and Turkish entrepreneurs continue to set their sights on a pipeline that would transport natural gas found in reserves off Israel’s coast to Turkey and from there to Europe. Those same groups of businessmen are trying yet again to find a solution acceptable to both parties that will allow the reconciliation process to move forward. Some of these entrepreneurs are acting rather openly, while others are more circumspect in their search for the magic words that will win them entry into the two leaders’ hearts and minds. The apprehensions these two leaders share over the emerging agreement with Iran and their common interests in Syria are the most prominent banners that these intermediaries are raising.

Netanyahu has since formed a new government. With the most vociferous opponent of any reconciliation process with Turkey — former Foreign Minister Avigdor Liberman — out of the picture, Netanyahu will find it much easier to complete the process if he so desires. There is still an election underway in Turkey, the fourth since the Marmara incident. In the upcoming election for the Turkish parliament scheduled for June 7, Erdogan hopes to win a two-thirds majority, which will enable him to entrench his rule. Yet, in contrast to his brusque verbal attacks on Israel in previous elections, this time Erdogan is holding back. The little criticism of Israel from his Prime Minister Ahmet Davutoglu is much more moderate than before as well. Or at least it has been more moderate as of this writing.