Iran's Supreme Leader, Ayatollah Ali Khamenei, said that Iran would not allow inspections into military sites nor allow nuclear scientists to be interrogated. 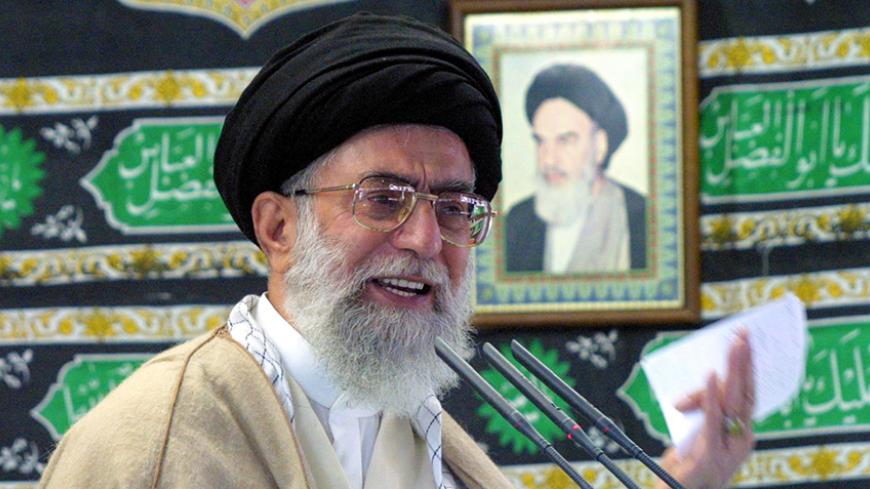 Ayatollah Ali Khamenei, Iran’s supreme leader who has final say on the nuclear program, spoke unusually directly about the nuclear negotiations and the inspections of nuclear sites May 20 during a speech at the Imam Hossein military academy of the Islamic Revolutionary Guard Corps. “Just as I’ve said, no inspections of any military centers or talks with nuclear scientists and other sensitive fields will be permitted,” Khamenei said. “I will not give permission for foreigners to come and speak and interrogate scientists,” adding, “The brazen and insolent enemy expects us to allow them to talk to our scientists and researchers about our substantial domestic and national progress, but absolutely no such a permission will be given.”

In a rare direct message to all sides in the nuclear negotiations, Khamenei said, “The enemies of the Islamic Republic and all those who are waiting for the decision of the system on this issue should [now] understand clearly.

“The dear officials of the country are acting with bravery in this sphere, they should know that the only method for confronting an insolent enemy is through resolution and lack of passivity.” He also said, “The officials and negotiators must show the message of the greatness of the Iranian people in the negotiations.”

While Khamenei’s speeches are often dissected for clues toward the direction of the nuclear talks, he often leaves room for interpretation, allowing various sides to debate openly their preferred take. However, these unequivocal comments suggest that this issue was raised in the nuclear negotiations and Khamenei sensed the need to address the issue in a manner that leaves little room for interpretation.

Hard-line Raja news noted that Khamenei’s comments follow statements by International Atomic Energy Agency head Yukiya Amano, who said May 13, “In many other countries from time to time we request access to military sites when we have the reason to, so why not Iran? If we have a reason to request access, we will do so, and in principle Iran has to accept it.”

The problem with Amano’s comments, according to Raja News, which is affiliated with the hard-line Endurance Front, is that nuclear negotiator Seyyed Abbas Araghchi, Foreign Minister Mohammad Javad Zarif and Iranian Atomic Energy Organization head Ali Akbar Salehi have all confirmed Amano’s position on inspections on military sites by referencing the Additional Protocols to the Nuclear Non-Proliferation Treaty. Hard-liners are opposed to inspections of military sites and immediately condemned Iran's nuclear negotiators after Amano's comments.

Raja News wrote, “It’s natural that with these dangerous statements from members of the nuclear negotiation team that it would result in the supreme leader once again to state in front of all the news cameras that 'We will not allow for any military center or any inspections from foreigners to take place.'”