European diplomats said May 26 that progress was slow in drafting a final Iran nuclear accord and predicted talks would go down to the June 30 deadline or beyond. 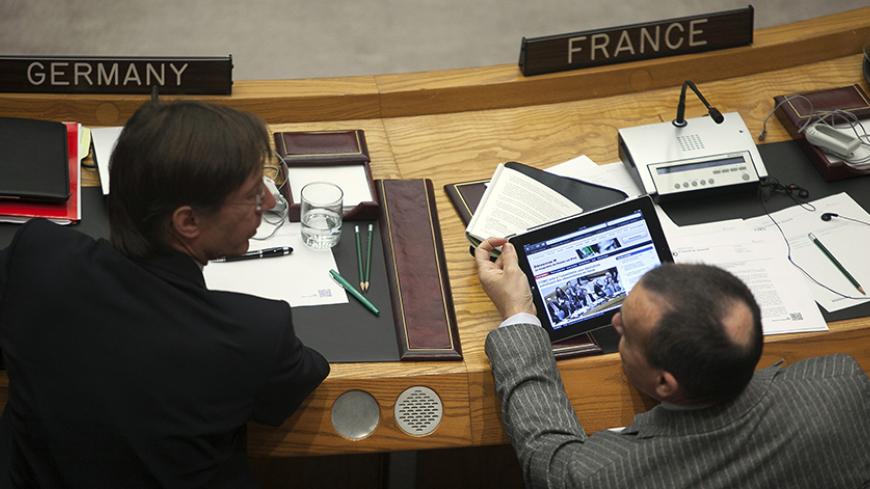 WASHINGTON — Progress in drafting the final Iran nuclear deal is slow, European diplomats said May 26, predicting that negotiations will go down to the June 30 deadline or beyond. But while success in concluding the comprehensive deal is not a sure thing, the diplomats said, the framework accord reached in Lausanne, Switzerland, on April 2 provides the foundation for a solid agreement that would ensure Iran not obtain a nuclear weapon, and could make way for “spinoff” talks on issues of common regional concern.

The final Iran nuclear deal “is not yet in the bag,” British Ambassador Peter Westmacott said May 26, speaking on an Atlantic Council panel with the three European members of the P5+1 (the five UN Security Council permanent members plus Germany). “If [we] can’t get the right deal, there won’t be a deal. But the framework [accord] is significantly better than any of the alternatives.”

If a nuclear deal is able to be reached, that does not give Iran “carte blanche” to take destabilizing actions in the region, Westmacott added. But it could facilitate “spinoff” talks on regional issues of common concern, to see if common ground could be found.

Since the framework accord was reached in Lausanne, “negotiations are proceeding at a slow pace,” said Peter Wittig, the German ambassador to the United States. “There are brackets to fill in and remove.”

But that is the normal “dynamic in negotiations,” Wittig added. “You need the pressure of timelines to facilitate the heavy lifting. ... There are tremendously complicated issues to clarify. Small wonder, they are not making a lot of fast progress now. … I am confident we can overcome the divergence of views.”

“It’s very likely that we won’t have an agreement before the end of June, or even after,” Gerard Araud, the French ambassador to the United States, told the panel, which was moderated by Al-Monitor’s Barbara Slavin. Araud predicted lots of brinkmanship and drama at the final deal talks at the end of June, noting negotiations involve a bit of “theater.”

"Our goal is to get an agreement by the deadline," Araud later wrote on Twitter. But it is "likely that Iran will wait for the last days for compromising, like in" the run-up to the framework deal.

Wittig said two key issues are the focus of deal-drafting meetings, the latest of which resumes this week in Vienna: the timing of sanctions relief for Iran, and the details for verification and monitoring mechanisms.

Sanctions will be lifted when the International Atomic Energy Agency certifies Iran has taken the agreed steps to curb its nuclear program, Westmacott said. At the earliest, that will likely take until the end of the year, Wittig said.

Wittig added, “If diplomacy fails, the sanctions regime might unravel.” Iran would probably resume its higher level 20% enrichment, which it halted under an interim deal reached in 2013.

If a nuclear deal is reached, “it is clear the problems with Iran will not go away immediately,” Wittig said. “But there is the potential to [try to] engage in effective conflict resolution with Iran.”

In the event a nuclear deal is unable to be reached, the continuation of the economic sanctions on Iran will largely depend on who is deemed responsible for the failure: Iran, or the US Congress, as the case may be. But we are probably at the “high water mark” of the sanctions regime on Iran at this point, Westmacott said.

“If there is not a deal because the Iranians simply will not live up to or implement … the broad parameters which we have agreed in the framework, then I think we carry on with the sanctions regime and in certain areas it may be right to try to raise the level of those sanctions,” Westmacott added.

However, if the P5+1 “were to walk away, or if the Congress was to make it impossible for the agreement to be implemented … then I think the international community would be pretty reluctant, frankly, to contemplate a ratcheting-up further of the sanctions against Iran,” Westmacott said.

“My sense is that we're probably not far away from the high-water mark of international sanctions against the Iranian economy, but exactly what happens next depends on what happens,” he added.