The so-called E3 nations of France, United Kingdom and Germany have ramped up their outreach to Congress as the Nov. 24 deadline for a nuclear deal grows closer. 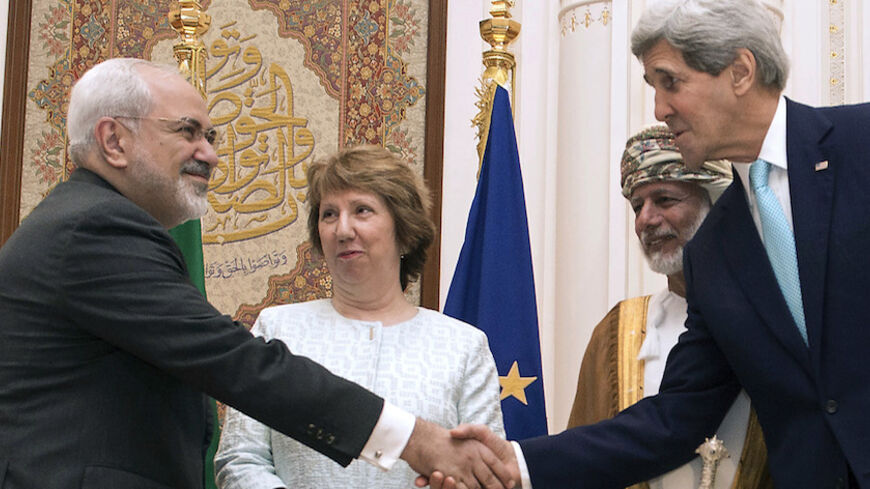 The EU nations that are part of the nuclear negotiations with Iran are ramping up their outreach to Congress ahead of the Nov. 24 deadline, European and congressional sources tell Al-Monitor.

Staffers from the French, British and German embassies are said to have had frank discussions with Capitol Hill in recent weeks about what an acceptable deal could look like for all parties. The outreach does not appear to be a concerted effort, nor does it seem to be coordinated with the Obama administration.

The three countries seem to be in broad agreement with US President Barack Obama that passing new sanctions before the Nov. 24 deadline could derail the talks and undermine the international coalition that has helped bring Iran to the negotiating table. Recent outreach, however, has focused more on possible options if the talks are extended once again, as seems increasingly likely, with the various countries allegedly offering different assessments.

“It’s not as black and white as the White House makes it out to be,” said a senior congressional aide who described a “variety of messages” coming from the three countries. The so-called E3 nations are part of a negotiating coalition that also includes the United States, China and Russia.

Much of the outreach over the past year has been staff interactions with the Senate, where the Republican victory in the midterm elections has given lawmakers concerned that Obama is too keen on a deal a chance to vote on new sanctions next year. Ambassador-level visits on the House side are also said to be in the works.

One source close to the negotiations said Congress has been warned that the EU may well decide to re-engage with Iran unilaterally if the blame for a breakdown in talks falls on Congress. The EU is suffering more heavily than the United States from the sanctions, according to a recent analysis by the pro-deal National Iranian American Council.

Others, however, cast doubt that European countries would risk getting on America’s bad side just to boost trade with Iran, a relatively minor market. And some countries may also be receptive to congressional hawks’ message that strengthening sanctions is the only way to wring concessions from Iran and get a good deal.

France emerged as one of the toughest negotiators last year when Foreign Minister Laurent Fabius demanded that the terms be tightened. In an interview last month with Bloomberg, Ambassador to the United States Gerard Araud, however, warned that passing the “very, very radical sanctions” currently stuck in the Senate would make it “very difficult” for Iranian President Hassan Rouhani to agree to a deal because he “also has radicals” to contend with.

British Ambassador Peter Westmacott for his part publicly called on Congress not to pass new sanctions last year while talks were ongoing.

“The interim deal on the table opens up the prospect of a comprehensive settlement in the coming months. It is significantly better than the status quo,” he wrote in a November 2013 op-ed for The Hill, a US political newspaper. “We will not get a better deal by altering the dynamics now — still less by offering the naysayers in Tehran a chance to question the good faith of the P5+1 and of Iran’s own negotiators.”

Regardless of the messages coming from European diplomats, lawmakers at the end of the day will pay greater heed to their domestic constituents.

The pro-Israel American Israel Public Affairs Committee (AIPAC) in particular has embraced this week’s statement by Sens. Robert Menendez, D-N.J., and Mark Kirk, R-Ill., vowing to push new sanctions if they don’t see a deal that "will dismantle, not just stall, Iran’s illicit nuclear program and prevent Iran from ever becoming a threshold nuclear weapons state."

AIPAC is also said to be delivering the same message to the Europeans.

“I have heard that AIPAC staff asked E3 diplomats in the US not to agree to a deal along the lines of what the US is reported to be working toward,” said one source close to the negotiations.

AIPAC did not respond to a request for comment.