The Turkish government is accused of deploying troops in a plan to break the cease-fire with the Kurdistan Workers Party. 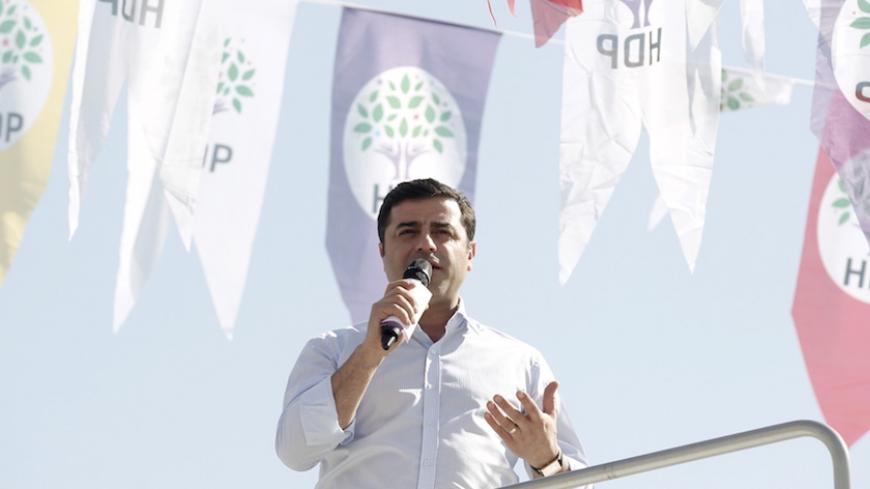 Guns had fallen silent thanks to a de facto cease-fire and the peace process had been moving along, if not at desired pace. The country was preparing for general elections when clashes broke out between the Turkish Armed Forces (TSK) and the Kurdistan Workers Party (PKK) at Agri, a province near the border with Iran. Suddenly, Turkey found itself experiencing terror and chaos. The clashes in Agri followed warnings that the ruling Justice and Development Party (AKP) might resort to provocation as it tries to set up a presidential system and ensure that the pro-Kurdish People's Democracy Party (HDP) does not cross the 10% electoral threshold.

Mayhem ensued. Even before the clashes ended, President Recep Tayyip Erdogan accused the HDP of politicking under the shadow of guns. HDP Co-chair Selahattin Demirtas accused the AKP of panicking over unfavorable opinion polls, saying, “What happened at Agri was a pre-planned provocation.”

What was the incident that amplified political tensions so much?

According to the government version, in the village of Yukaritufek of Diyadin township in Agri province, PKK members organized a spring festival. The government received intelligence that the terror outfit would use the occasion to spread propaganda and pressure people to vote for the HDP in coming elections. The governor of Agri instructed the provincial gendarmerie command to send a special forces detachment of 15 soldiers to the location. It was reported that terrorists opened rifle fire on soldiers deployed near the village. After 12 hours of combat, the TSK announced that four soldiers had been wounded, five PKK members had been killed and one had been captured.

Local sources have a different version

The local version differs from official accounts. IMC TV reporter Saadet Yildiz, who went to the area and spoke to eyewitnesses, shared her findings with Al-Monitor:

“The municipality has been organizing tree-planting festivals for the past two years. The HDP and the Peace and Democracy Party were scheduled to participate in the festival. The governor’s office had three days' notice of the festival. On the day of the festival, that is April 11, at around 3 a.m., helicopters delivered a 15-man special forces team close to where the guerrilla group stays and clashes started between the two forces.

“Cezmi Budak, Diyadin's former HDP leader, and Cenap Ilboga, representative of the nongovernmental organization MEYA-DER [Mesopotamia Association for Assistance to Families with Lost Relatives], who had gone to the area early to prepare for the festival, came under fire from helicopters. Budak was killed and Ilboga was wounded. A PKK militant trying to protect the two men was also killed. Meanwhile, the villagers were prevented from going to the festival location by soldiers who said there were clashes going on.

“Villagers who wanted to be human shields between the clashing parties took roundabout trails, walking for 3½ hours, and reached the clashes. They first found Budak and Ilboga and then, nearby, eight to 10 wounded soldiers. Civilians carried the wounded soldiers to the entrance of the village. The PKK did not lose five men, but only one. Reports said one wounded guerrilla was captured — but the man was not a guerrilla, but rather Ilboga. The PKK on the nearby hill told us, 'We opened fire to defend ourselves, not to kill. We realized that the soldiers were sent to get killed because the soldiers had no way of exiting from where the helicopters landed them.'”

As the clashes went on, there was a series of strange happenings. A public announcement came not from the military high command but from former Interior Minister Efkan Ala, who had nothing to do with the event, but was campaigning in Erzurum. Ala declared: “Four gendarmerie troops are wounded. Terrorists have been eliminated.”

A short time later, Erdogan, who was attending a ceremony in Sakarya, contradicted Ala, saying that “25 terrorists are now clashing with our soldiers.”

Demirtas said the AKP was in a panic after recent polls showed it was losing votes. He said, "Erdogan, as if he were making a live broadcast from Agri, tried to score political points by saying, ‘There are clashes in Agri.’ There was no clash there but a pre-planned, staged operation. Their goal was to come out with as many coffins as possible. They abandoned their 15 soldiers in the clash area. Eight of those were wounded. They wanted these soldiers to die so that the AKP could increase its votes. Our HDP colleagues removed the wounded soldiers from the area of fighting. They opened fire on our friends who had gone to evacuate the wounded soldiers and killed one soldier, one HDP colleague and a PKK guerrilla. Our friends had to carry the wounded soldiers wrapped in bed sheets. We have photographs.”

Demirtas gave a damning statement that still reverberates. He went on, “It will be better if the chief of General Staff stops working for the AKP. This is the army of a country, not of a political party.” In the videos and photographs the HDP disseminated, civilians are seen helping carrying the wounded soldiers.

An angry Prime Minister Ahmet Davutoglu retorted, “Demirtas is lying and bending the truth. The TSK is the army of this state. That is why it will obey whatever the political will decrees.”

But a statement from the TSK chief of staff put Davutoglu in a delicate position. In it, two elements stood out: “The party affiliation of our citizens does not affect the nature of missions we carry out as the TSK,” and “The governor tasked the gendarmerie, which is an institution of law and order. This preventive measure taken for security reasons had nothing to do with the TSK.”

Other TSK statements concerned the casualties: “We appreciate the assistance of our citizens in the medical evacuation of our four personnel. … We thank our people, and wish them pleasant and peaceful days of good health and happiness.”

As contradictory official statements increased the confusion, IMC TV broadcast editor Eyup Burc, who knows the area intimately, made this assessment for Al-Monitor: “That the guerrillas are based in that area is not a secret. The governor knows it; the soldiers know it. Nobody launched an operation in that area during the cease-fire. Guerrillas there are not in an offensive deployment. Soldiers did not interfere with earlier festivals. This is why I think that this operation is directly linked to the coming elections. When I look at the chronology of events, I agree with the scenario Demirtas outlined. Soldiers were sent there for a purpose. Fifteen [soldiers'] funerals will come, people will react, then HDP offices will be attacked, the military will launch air attacks against PKK camps and we will return to a combat atmosphere. But people of the area realized this, and did not allow it.”

For the sake of the peace process, the government has not allowed the TSK to conduct any operations until now. Why is it now risking the solution process by ordering an operation two months before the elections? What is the role of Erdogan, who gave out real-time information as the operation was in progress?

That village of just 45 voters is known to identify with the HDP. How can we then claim that the PKK was pressuring the people to vote for the HDP?

Ala, a former minister who has no authority and responsibility, was able to give out details before the government and the military command. What has Ala to do with this operation? Why has the government, which quickly blamed the HDP and is exploiting the incident for its campaign, not given a satisfactory account of the incident?

When the co-chair of the Union of Kurdish Communities, Cemil Bayik, said a day before the clashes, “We say enough to war. Neither we nor the Turkish state achieved any goals through war,” how convincing can the official version be?

Statements from the government side appear designed more to lynch the opposition than to clear up the incident. But the days when statements from the government and the TSK were never challenged are long gone. Media and politics have diversified and became freer. Turkey is not blind anymore. The government, which still hasn’t been able to explain how the public prosecutor taken hostage by two [Revolutionary People's Liberation Party] militants in the Istanbul Palace of Justice could not be rescued, is now charged with staging this extreme provocation to keep the HDP under the electoral threshold and enable the AKP to grab the parliamentary majority.