The recent happenings in Syria are far from promising as conflicts intensify and fighting increases. 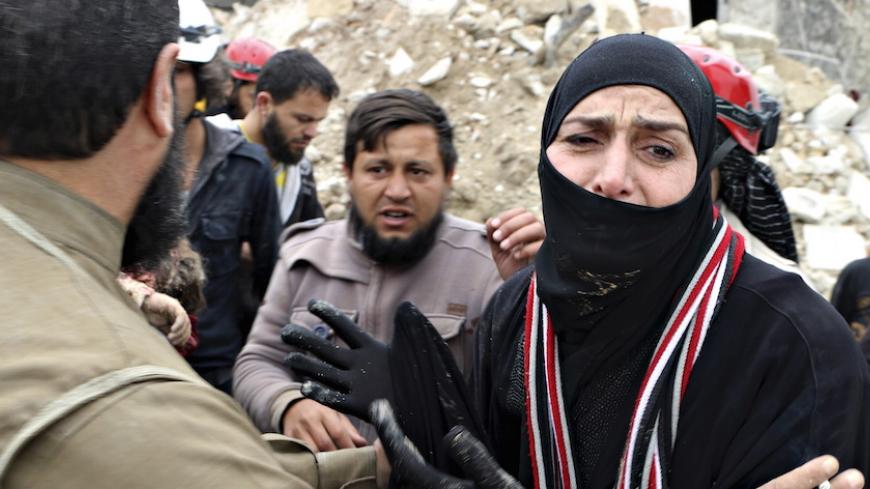 The people of the war-ravaged city of Aleppo have been through some very bad times during the past 2½ years of civil war, and they have gotten used to living in constant fear and uncertainty. The specter of death was ever-present; it never left them, not even inside their own homes or in their own beds. Yet, for all their tenacity, the events of Good Friday — April 10, according to the Eastern Christian calendar that most Syrian Christians observe — were a terror-filled nightmare that sent new shockwaves of despair and terror.

As rebel rockets and shells rained down through the night on the predominantly Christian neighborhood of Sulaimaniyah in west Aleppo, just a short distance from one of the city’s many front lines, there was mass panic as buildings collapsed, killing and injuring dozens, while others remained trapped under the rubble. Residents began to flee in the darkness, not really knowing where to head to as ambulances, fire trucks and rescue workers attempted to tackle the ongoing carnage. The atmosphere of fear and terror was exacerbated by a city in a perpetual state of darkness with almost no power and limited communication and Internet access following the collapse of vital infrastructure after the provincial capital of Idlib was taken over by Islamist groups on March 28.

It was not immediately possible to gauge the full extent of damage and death, which only became apparent on the morning of April 11. Pictures and videos of the bloodbath began to appear and circulate, and the scale was horrific, even for a city that is used to atrocity. Words such as “massacre” are now being used, as the figures for the dead and injured reached into the dozens. Immediately, as is usual in Syria, there were calls for exacting revenge — but revenge against whom? Many, like the outspoken regime loyalist and head of Aleppo’s Chamber of Industry, Fares Shehabi, have called for attacking rebel hometowns and villages in north Aleppo in retaliation.

More often than not in this barbarous war, innocent civilians pay the price of “revenge” and it was no different this time around. Not wanting to be seen as weak or ineffectual, the Syrian regime launched rockets and airstrikes on rebel-held eastern parts of the city, and invariably killed bystanders, like the ones gathered at a market in Maadi neighborhood where opposition sources reported at least eight casualties.

And thus, the events of Good Friday in Aleppo were a microcosm of the divisive, violent and intractable conflict tearing the nation apart. What was just as shocking as the random mass murder of the innocent, was the way the supporters of each side justified it — even cheered it on — in the name of “liberation” or fighting terrorists.

The fighting in Aleppo continues unabated, as the city braces itself for yet more death and destruction. The rebels have been pushing and shelling heavily on many fronts inside the city, threatening another Idlib scenario, which has led many residents of front line neighborhoods to flee further into “safer areas” inside west Aleppo, the term being very relative, of course.

Feeling the most frightened and vulnerable are the city’s sizable religious minorities, foremost of which is the Christian community whose neighborhoods have borne the brunt of the recent carnage. For many, the timing was no coincidence.

“They attacked us on one of our most holy of days, this is a clear message to us. They want to drive us out of our homes, to get rid of us entirely. This is their aim. What have we done to them? Why is there silence about this?” Umm George, a visibly anguished resident of Sulaimaniyah, told Al-Monitor. She like many others was camped outside the government-run al-Razi hospital where most of the dead and wounded were taken.

Umm George had a sister inside who was seriously wounded and fighting for her life. Her sentiment was widely shared among others there, with some wanting revenge exacted, while others just raised their hands up to the sky, defeated, and prayed for an end to the madness. The feelings of helplessness and despair were enmeshed with those of bitterness at the perceived inability of the government to protect them. “They don’t care about Aleppo; it is a forgotten city,” was one phrase you would hear often repeated to many nods of agreement.

But an end to the Syrian madness seems nowhere in sight, and the bloody mess of the conflict just appears to be getting worse. There is no willingness among the powerful external players to engage in any serious attempts to stop the mayhem, while their proxy warring factions fight it out inside, tearing the nation and its people apart. As regional and global attention shifts to other hotspots such as Yemen, the Good Friday “massacre” in Aleppo will be just another blip — a footnote in a long list of other massacres and atrocities soon forgotten by a global public opinion that has grown accustomed and weary of the endless horrors of Syria. Compassion fatigue rules the day.