The timing of Russian President Vladimir Putin's announcement of a missile deal with Iran raises questions on the impact this may have on the final nuclear negotiations. 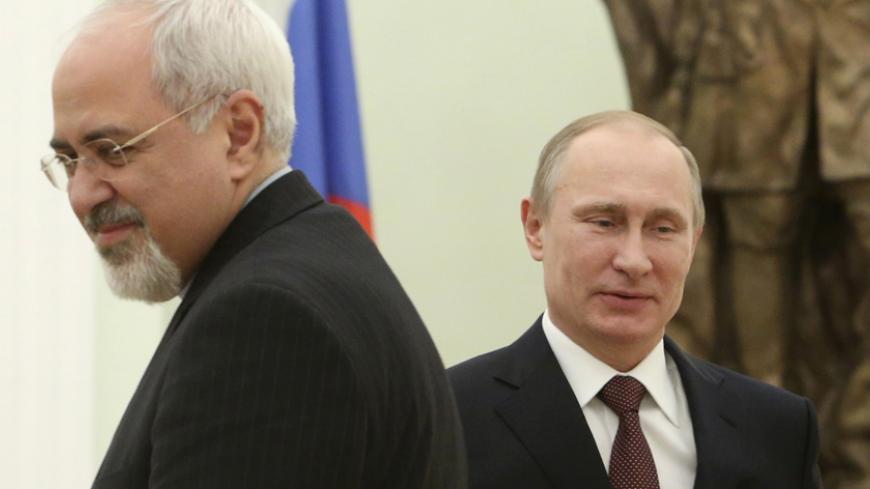 Russian President Vladimir Putin is trying to send someone a message with his April 13 decree authorizing the delivery of S-300 surface-to-air missiles to Iran. But who?

The most striking aspect of the decree is its timing. Exactly a week before the Kremlin announced the decision, I argued that the S-300 sale — contracted in 2007 and suspended by former President Dmitry Medvedev by decree in 2010 — was likely to follow a final agreement on Iran’s nuclear program, under negotiation with a June deadline. In brief, I wrote, since Russia viewed Medvedev’s steps to halt the sale as a voluntary gesture to the United States, Israel and others trying to press Tehran to negotiate, there would be no reason for Moscow to continue to withhold the missiles after a final deal.

Yet, publicly announcing this intent in advance is another matter entirely. Putin’s formal presidential action — while negotiations are still underway — cannot but complicate efforts to reach a final agreement, most notably by strengthening the arguments of skeptics in the US Congress. They will in turn put greater political pressure on the Obama administration for tougher terms. In fact, by focusing on the Russia-Iran arms relationship when there is already apparent disagreement between the United States, Iran and other parties to the talks over when the UN Security Council should lift sanctions, the Kremlin’s move could create a situation in which Washington takes a harder line on conventional arms restrictions than Iran is prepared to accept.

What makes the decree’s timing most remarkable is that it will probably take quite some time for Moscow and Tehran to reach an understanding on the S-300s and to arrange the delivery. Nikolai Patrushev, a close Putin associate who leads Russia’s Federal Security Service, said that he believes the manufacturer “will need at least six months to complete this work.” If this is true, why not make a quiet arrangement with Iran, start getting the missiles ready and then announce the deal and the decree after the end of June, which is only 10 weeks away? This is the critical question.

There are many possible reasons for Russia’s action before the P5+1 process has run its course.

One option is that the Kremlin is determined to revive the S-300 sale and issued the decree without seriously considering its possible negative impact on the negotiations. This explanation relies on Putin’s status as the sole decision maker on key foreign policy issues and the Foreign Ministry’s relatively weak role within Russia’s government and political system. This would imply that Putin either did not consult the Foreign Ministry or, alternatively, overrode concerns that public action on the S-300s before a final deal could complicate the talks. However, Foreign Minister Sergey Lavrov’s extensive statement following the decree makes this seem less likely — he did not sound like someone who had been surprised or pushed aside. Indeed, Lavrov’s remarks were fully consistent with Putin’s later comments during an annual marathon call-in session.

Alternatively, Putin might hope that the sale could undermine the talks. This seems improbable, but Russia’s conservatives see little benefit to Moscow following an agreement. On the contrary, they point to Russian Central Bank estimates that Iran’s re-entry into international oil markets will cost Russia $27 billion. Moreover, Russia’s media expressed little excitement over the recent Iran framework agreement — while Russian news websites prominently covered the talks, the successful agreement itself won far less attention. There has been no sense of triumph in Russia’s media.

A third option is that Russia’s leaders considered the US and Western and Israeli reactions (Prime Minister Benjamin Netanyahu promptly called Putin to express “grave concerns”) to the S-300 announcement and decided to move ahead anyway. In that case, they likely expect the impact to be minimal or even positive. The “minimal” argument would rest on an assessment that Washington, London, Paris and Berlin are so eager to reach a final agreement by the June deadline that they will swallow the decree and a possible S-300 delivery before the end of the year without any dramatic reaction. This is a somewhat risky position to take, in that it requires US President Barack Obama to be weak (in the negotiations) and strong (in dealing with the US Congress and Netanyahu) at the same time. Still, it could prove accurate.

The thoughtful Russian analyst Dmitri Trenin makes the “positive” argument, asserting that the decree shows that “should the talks fail, Russia will not support new sanctions against Iran.” Under this conventional-wisdom view, Moscow could see the Putin decree as strengthening Tehran’s negotiating position by signaling that no deal could be worse for the West than a bad deal if Russia withdraws its support for international pressure on Iran. This would be a strong message to the Obama administration and its allies, but it seems unlikely to persuade skeptics in the US Congress who don’t believe that Tehran will live up to its obligations under a deal anyway. (Of course, outside the context of Iran, Putin’s decree also communicates to the United States that if Washington pursues a new long-term confrontation with Russia, Moscow will not feel bound by past understandings.)

Regardless of the Kremlin’s attitude toward the Iran negotiations and its signals to Washington and Western capitals, the decree could also have at least three other audiences. One is clearly Iran, which Russia’s leaders presumably hope would appreciate both the diplomatic benefits and the prospect of finally receiving the S-300 missile system. Moscow could also see such a move as especially necessary after its abstention in a Security Council vote establishing an arms embargo on Yemen’s Houthis. Iran would surely have preferred a Russian veto — but with 14 votes in favor, Russia was apparently unwilling to block the resolution. Moscow will need Iran’s goodwill if a nuclear agreement leads to the removal of UN sanctions; Russia’s companies will likely have considerable competition from China, India and Europe even if the United States maintains some of its unilateral sanctions.

Russia’s conservatives are likely Putin’s second audience. To them, his decree signals that while the Foreign Ministry may be proceeding with a deal they don’t like, the Russian president will remain a firm advocate for Russian national interests and will not give away Moscow’s ability to sell weapons — or anything else — to Iran simply to get an agreement. It is also a crowd-pleasing reminder of Putin’s willingness to defy the West.

The third audience for the S-300 announcement is Moscow’s current and future arms clients. For them, Russia’s 2010 decision to block an existing contract (after payment) raised questions about Moscow’s reliability under Western pressure. From this perspective, the in-your-face decree permitting the sale to go ahead may offer partial reassurance. Moreover, so long as oil prices remain low, arms sales will be even more important to Russia as a source of export revenue.

Though we are too small as a community to be a deliberately selected audience, those who follow Russia — like myself — can also take away a useful message from Putin’s latest move: He enjoys surprises.