Russian officials are promoting the prospect of major arms sales to Iran after the Lausanne agreement, but any such deals appear to be an impossibility in the near term. 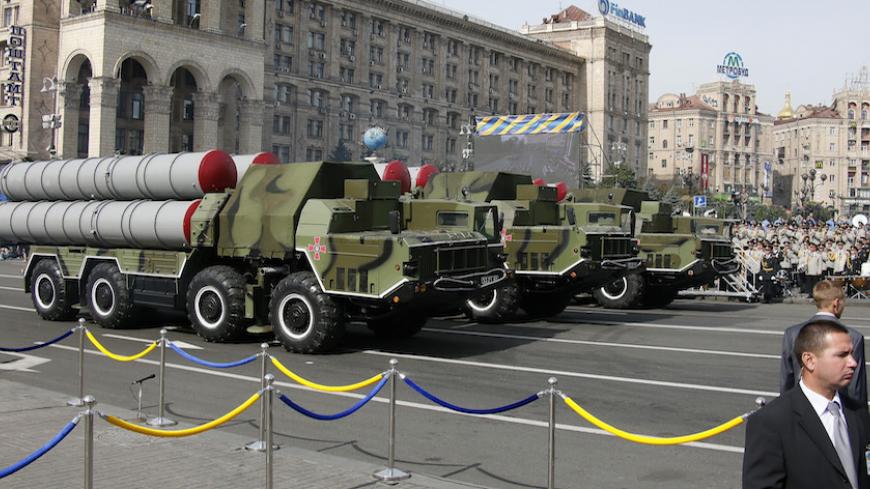 One of the many unanswered questions surrounding the so-called framework agreement on Iran’s nuclear program is whether and how it will limit Russia’s arms trade with Iran, including Moscow’s long-standing interest in selling advanced surface-to-air missiles. In fact, managing the Russian-Iranian military relationship may become increasingly difficult if the negotiating parties reach a final agreement by their self-imposed June deadline.

Because Iran had already paid for the S-300s under an $800 million agreement, Tehran sued Russia’s state arms supplier for nondelivery and demanded $4 billion. In January, official Russian media reported that the two sides had settled their differences after Moscow agreed to provide older Tor surface-to-air missiles with an unspecified date of delivery. Iran’s state media also reported a settlement, but without providing details. At around the same time, reports emerged also that Russia and Iran were again discussing either the S-300 system or a newer system, the Antey-2500.

The US version of the “parameters” that comprise the Lausanne framework agreement includes the statement “all past UN Security Council resolutions on the Iran nuclear issue will be lifted simultaneous with the completion, by Iran, of nuclear-related actions addressing all key concerns.” The document adds, however, that “important restrictions on conventional arms and ballistic missiles” will be re-established in a new resolution. Meanwhile, the joint statement read by European Union foreign policy chief Federica Mogherini and Iranian Foreign Minister Mohammad Javad Zarif says only that this new UN resolution will “incorporate certain restrictive measures.” Since the Lausanne deal is a general agreement, with precise terms not yet outlined or in some cases agreed to, it is unclear what these differences will mean in practice.

Indeed, Russia’s state-controlled international news agency, Sputnik, has already enthusiastically publicized speculation that the Russian-Iranian arms trade could reach $11 billion to $13 billion in the absence of UN sanctions. Russia’s principal negotiator, the capable and professional Deputy Foreign Minister Sergey Ryabkov, has already on record said, “We think that the arms embargo against Iran should be lifted immediately after agreements are reached.” The Russian Foreign Ministry’s official statement on the agreement refers to “the lifting of all sanctions on Iran” and does not mention any new UN resolution or continuing limits on Iran’s arms imports.

Nevertheless, lifting current sanctions restricting weapons sales to Iran will require new action by the UN Security Council, meaning that Moscow will not be able to impose its particular vision for their withdrawal. On the contrary, if Washington is prepared to play hardball in the Security Council, the fact that new action is required may shift leverage from Russia and China, which have stalled efforts to impose tougher sanctions on Iran in the past, to the United States and its allies, which are now in a position to block attempts to lift sanctions that they believe go too far. This reality has led some Russian hard-liners to view statements like Ryabkov’s as a political fig leaf trying to cover the reality that limits on arms might remain in place for quite some time.

That said, Russian officials and observers have frequently taken the public position that systems like the S-300 are fundamentally defensive in character and may therefore fall outside the scope of existing UN sanctions on Iran. If Moscow becomes frustrated with US efforts to maintain strong restrictions on weapons sales to Iran, Russia could formally assert this view and sell Tehran the S-300 or newer and more capable missile systems. President Vladimir Putin would simply rescind or amend Medvedev’s 2010 decree, which his predecessor issued in part as a gesture to the Barack Obama administration at a high point in the US-Russian “reset.” Of course, Medvedev also signed the decree within the context of the international effort to press Iran to negotiate on the nuclear issue, and by the time this issue comes up, Iran would have done so.

Russia’s Security Council veto could be used to block any UN effort to enforce Washington’s opposing perspective. In that case, the United States would likely consider new sanctions on Russia and lobby European Union leaders to do the same. Some may recall that Washington imposed sanctions on specific Russian organizations cooperating with Iran’s nuclear program in the 1990s. One sanctions option would be against banks doing business with Rosoboronexport, Russia’s state arms exporter, although this could frustrate a number of US partners who buy Russian weapons. Since the Kremlin would likely expect new sanctions of some kind with a veto approach, it becomes more likely if US-Russian relations continue to worsen and Moscow increasingly develops a sense that it has little or nothing to lose.

Moving along this path would require Iran’s willing participation. If Tehran is generally satisfied with implementation of the agreement, Iranian leaders may themselves be unwilling to risk unilateral US measures or cooperative US-EU steps against their own country. If, however, Supreme Leader Ayatollah Ali Khamenei believes that Washington is failing to live up to its commitments — whether due to conflicting interpretations, congressional action or a new administration with a different policy toward Iran — arms deals with Russia could look more attractive. Iran’s leadership could also approach China to purchase weapons. If Beijing were interested — which is more likely if China blames Washington for a collapse of the nuclear agreement — it would likely further complicate UN Security Council discussions and muddy the waters of international opinion.

For now, Russia will concentrate on securing a final nuclear agreement over the next three months and wrangling over the precise terms of continuing restrictions on Iran. After that, initiating implementation of any agreed-upon terms will also take some time. Still, negotiating weapons sales requires time as well, and both Moscow and Tehran may be ready to approach that process more seriously once the context is clearer. Needless to say, press reports about such talks may themselves influence the implementation of an agreement, especially if skeptics in Congress have their way. Even if Iran and its negotiating partners succeed in reaching an agreement, it will only be a launching pad for another series of long, complex and contentious discussions.