Russia not ready to 'retaliate' in Iran talks

Moscow is unlikely to complicate the P5+1 negotiations with Iran, unless the crisis over Ukraine worsens. 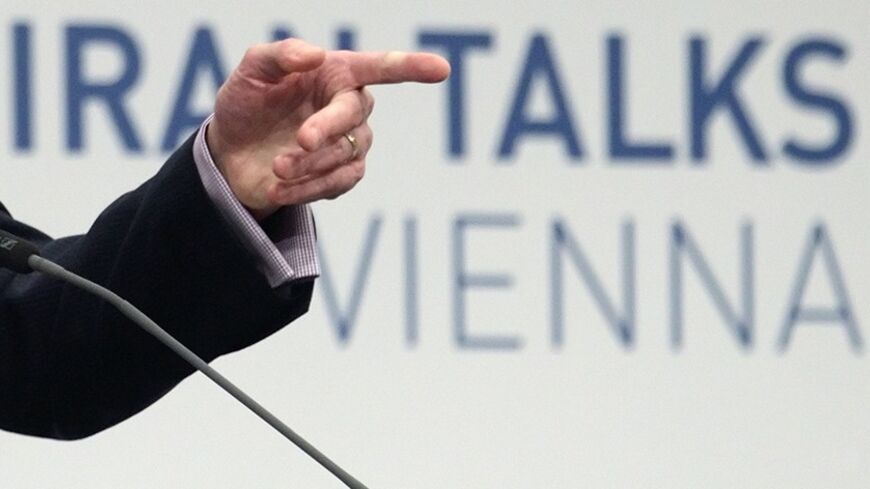 Iran and six world powers try to make headway toward resolving their nuclear dispute in talks that started in Vienna, March 18, 2014. - REUTERS/Heinz-Peter Bader

With the next round of talks between the P5+1 (the five permanent UN Security Council members plus Germany) and Iran scheduled in Vienna on April 7, Russian Deputy Foreign Minister Sergey Ryabkov’s statement that Moscow could take “retaliatory measures” in the negotiations looms large. But just how serious is the threat?

Broadly speaking, Moscow has three instruments of leverage over the Iran negotiations: its UN Security Council veto, its role in the P5+1 process and the Russia-Iran relationship. Russia’s veto looks like the least important of these, as Security Council action is unlikely before the six-month window for negotiations ends in July. At that point, either there will be a deal — which could be costly for Moscow to veto if Tehran is on board — or there won’t. If there is no deal, Russia probably would not have supported (or abstained from voting on) new UN pressure anyway. So no change.

Within the P5+1 process, Moscow can turn a six-nation consensus negotiating position into a five-nation consensus with one outlier. This could complicate (and slow) the diplomatic process but ultimately could not prevent Iran and the others from reaching an agreement if they were able to establish mutually satisfactory terms. China has tacitly accepted Moscow’s annexation of Crimea but has not endorsed it — and consequently seems unlikely to get involved in any effort to obstruct progress on Iran. A larger question is how Crimea will affect US and European attitudes toward the Russia-Iran nuclear relationship. Ideas to involve Moscow in Iran’s fuel cycle seem increasingly implausible politically.

The Russia-Iran relationship is complex and ambiguous. Leaders in Moscow and Tehran appear quite pragmatic — including toward one another, which contributes to mutual suspicions. At the same time, each capital is rife with competing perspectives and interest groups in and out of government, all with their own angles. Understanding who is using whom within and between the two at any given time is not easy.

Russia’s suspended contract to supply Iran with S-300 missiles looks like one of its most mischievous points of leverage. Since Iran is suing the Russian arms supplier over its nondelivery after then-President Dmitry Medvedev signed a decree blocking the sale, Russian President Vladimir Putin need only undo Medvedev’s decree to throw a huge wrench into the Iran talks. At that point, Russia’s arms firm Rosoboronexport would be unconstrained in delivering the missiles, fulfilling its obligations and getting out from under the lawsuit. Iran’s President Hassan Rouhani would then have to choose between taking the missiles or, conversely, rejecting delivery of something that Iran has paid for and is suing to get. The former could threaten the negotiations and the latter could threaten both his domestic standing and his ability to deal.

Obama administration officials and others have pointed out that Moscow did not change its position during the previous round of talks, which ended on March 19, and argue that Russia will not do this because “they’re invested in the diplomacy with Iran because it’s in their own interest; it’s not a favor to us.”

This is a dangerous assumption to make because it ignores two important realities.

First, while Moscow does have an interest in a non-nuclear Iran, and Russian officials view a nuclear Iran as potentially destabilizing, Russia’s hierarchy of priorities is different from America’s. Russia has already demonstrated this clearly in its opposition to regime change, severe sanctions and military action — all of which are also potentially destabilizing from Moscow’s point of view. One critical factor is that unlike the United States, Russia does not see its territory or its allies as Iran’s likely targets. Another is that a nuclear Iran would primarily destabilize the Persian Gulf and the Middle East, while a collapsing Iran would primarily destabilize Central Asia. Both matter to Russia, but Central Asia is a zone of Russia’s vital national interests. In Putin’s and Medvedev’s annual “state of the union” addresses to Russia’s parliament and other official documents, the former Soviet region always figures very prominently.

A second problem is that Russia is strategically conflicted. Continuing nuclear negotiations between the West and Iran are good because they simultaneously delay Iran’s possible development of a nuclear weapon and further Western action against Iran. Ending this on-again, off-again diplomacy through agreement or collapse could force a choice between these two unhappy outcomes, with the added worry that successful talks could do exactly what Rouhani and his allies want — facilitate a considerable expansion in trade and investment in Iran. The United States might be slow in this area, but Russian officials likely expect that China, Japan and the European Union would not. A substantial opening of Iran to the outside world would considerably dilute Russia’s role there while empowering Iran as an increasingly powerful and independent regional player.

With this in mind, Russia’s interests in Iran and related to its nuclear program are probably not a major obstacle to follow-through on Ryabkov’s threat. Russia’s officials may be quite content to drag out the P5+1 process without derailing it. The far greater constraint is that Russian officials know that Iran is one of America’s top national security priorities and recognize that any truly consequential effort to sabotage the talks would escalate the crisis over Ukraine. In this sense, Russia’s leaders face a difficult dilemma — since their country is weaker than the United States and the EU both militarily and economically and Russia’s leverage outside Ukraine is asymmetrical, efforts to exercise that leverage inherently require broadening the dispute. This could expand the danger to Russia’s interests.

Whatever the reason, Ryabkov’s comments reflected a degree of caution, as he was clear in saying that Moscow would pursue this course only “if they force us into that.” The danger is that US, European and Russian officials may have very different views of what constitutes escalation. As Vitaly Naumkin wrote for Al-Monitor, Russian officials suspect that the Obama administration is already adjusting its approach to Syria and the Israeli-Palestinian peace process to cut Moscow out of the equation. Will they conclude that Washington is taking the initiative in extending the Ukraine disagreement into the Middle East? Hopefully not.

The crisis over Ukraine appears to have reached an uneasy equilibrium over the last several days. Nevertheless, it remains unclear whether Washington, Brussels, Moscow and Kiev will use this opportunity to find a sustainable if unhappy way forward or, conversely, to position themselves for a long-term confrontation. In the latter case, Russia’s interest in a non-nuclear Iran will probably fade as the Kremlin turns its attention to more urgent and concrete problems.