Russia-Iran ties getting better, but not at expense of nuclear talks

Russian officials see an advantage in expanding economic relations with Iran, but are still committed to concluding a nuclear agreement. 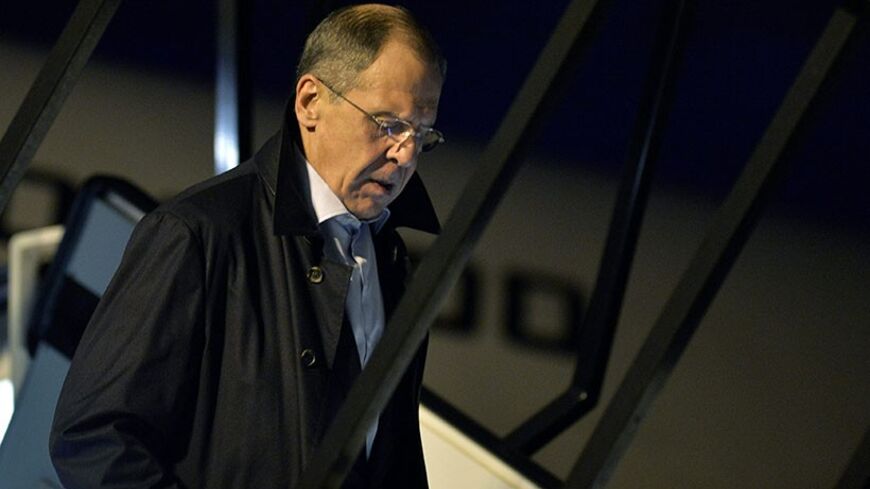 In private meetings in Moscow last week, senior Russian officials insisted that Russia’s government remain committed to cooperation with the United States in dealing with Iran, Syria and other international challenges. Moreover, notwithstanding divergent US and Russian perspectives about Iran and its domestic and international conduct, Russia would prefer to avoid the emergence of a nuclear-armed Iran, if possible, at an acceptable cost. Nevertheless, the drama underway in Ukraine appears to be contributing to a rapprochement between the Moscow and Tehran.

Well before instability in Ukraine erupted into a full-blown crisis with the collapse of former President Viktor Yanukovych’s government in late February, Russia and Iran already appeared to be drawing closer to one another. Notwithstanding mutual suspicions, they share a variety of interests in Central Asia and the Middle East, especially in Syria. They also share profound reservations about American foreign policy and are prepared at times to oppose it.

From Washington’s perspective, this is reason enough for continuing scrutiny — especially when Obama administration officials are already hinting at a possible long-term confrontation with Russia, complete with a new containment policy. A senior Russian diplomat has implied that heavy US and European pressure on Moscow over Ukraine could lead Russia to change its position in the sensitive P5+1 talks on Iran’s nuclear program. This statement came just a few weeks after Russian and Iranian officials agreed to deepen cooperation in the “security and economic spheres.”

Fortunately, the Kremlin appears to recognize that spoiling the P5+1 negotiations at this point would dramatically escalate the US-Russian and European-Russian dispute over Ukraine and is accordingly reluctant to do so. Russian officials probably also see major arms sales — including a delivery of S-300 missiles blocked by then-President Dmitry Medvedev — as escalatory.

What is less clear, however, is how Moscow assesses the US and European reactions to a considerable expansion of Russia-Iran commercial ties at a time when Iran remains under strict international sanctions intended to push Tehran to the nuclear negotiating table. Russia has long opposed the concept of sanctions as either punishment or a form of political pressure, including in past international diplomacy on Iran. Might Russia’s leaders decide to brush aside a rationale for sanctions that they never supported?

Recent media reports describing two possible major economic agreements between Russia and Iran make this a timely and significant question. The more advanced of the two appears to be an $8 billion to $10 billion deal through which Russia would export 500 megawatts of electricity to Iran, build new power plans there and expand Iran’s electric grid. Because Russia and Iran do not share a border, this would require sending the electricity through Azerbaijan. Earlier reports described a separate $20 billion barter arrangement exchanging Russian goods for Iranian oil. Either deal alone would significantly expand Russia-Iran bilateral trade, which Iranian sources put at $5 billion per year.

Still, talking about trade deals (or any other international agreements) is of course not the same as signing them. And in current circumstances, both Moscow and Tehran benefit simply from floating ideas like this without having to make any specific commitments. Most notably, such discussions allow both sides to demonstrate that the United States and the European Union cannot totally isolate them from the international economy, that they have options in seeking additional revenue or other forms of relief from Western economic pressure and that they are not alone politically. Though some dismiss the potential impact of the deals, the Russian and Iranian governments likely see them as a source of additional negotiating leverage in their interactions with Washington and European capitals.

The potential barter arrangement sends an additional signal: that Moscow and Tehran can comfortably work with one another without exchanging dollars or engaging the Western banking system, thereby remaining beyond the global reach of Washington’s 21st-century T-men (and women). As they do so, Iran could derive real benefits from trading its not-so-easy-to-sell oil, even if Russia may insist on a price somewhat below global market levels to allow modest arbitrage.

Perhaps more interesting — and largely unnoticed — is how additional electrical generation capacity may facilitate a creative Iranian sanctions-evading strategy based on electricity exports. According to a fascinating assessment of Iran’s international electricity sales in the journal Science & Diplomacy, published by the American Association for the Advancement of Science, Iran’s electricity exports have been expanding rapidly as Tehran has concluded export agreements with most, if not all, of its immediate neighbors as well as India. In some cases, these agreements allow Iran to consume its plentiful but trade-limited hydrocarbons domestically while profiting from electricity exports. In other cases, such as Iran’s agreement with Azerbaijan, Iran can compensate for the geographical allocation of its resources (mostly in the south) by swapping imported natural gas for exported electricity. (Note also that Iran has a large Azeri minority, apparently including Supreme Leader Ayatollah Ali Khamenei and opposition leader Mir-Hossein Mousavi, though the relationship has been a complex one.

Still, from a pragmatic perspective, both Moscow and Tehran may be content to let their respective differences with the United States and the EU play out a little longer before actually signing any potentially disruptive major agreements with one another. (This highlights the tactical rather than strategic character of their relationship.) There is a firm schedule for the P5+1 negotiations with only a few months left to finish before the July 30 deadline for an agreement. If there is a solution to Russia’s confrontation with the West over Ukraine, it will likely come during this same time frame. Russia in particular can probably afford to wait, given widespread expectations that its two largest natural gas producers, Gazprom and Novatek, will each sign export agreements with China during President Vladimir Putin’s planned May 20-21 trip to Beijing. The Kremlin likely expects this to deliver its message loudly and clearly.

That said, if both Geneva processes collapse, Russia and Iran will have strong reasons to pursue closer commercial ties. If both succeed, Moscow and particularly Tehran will have many other options and priorities. The divided outcomes are less clear. If violence in eastern Ukraine leads to a Russian military intervention, and the United States and the EU respond harshly, Moscow may well try to torpedo the P5+1 talks — making the Russia-Iran commercial deals pretty important to each. Conversely, if the status quo continues indefinitely with a relatively timid Western response, Russia may avoid undermining the nuclear talks. If the nuclear negotiations work, this could damage Russia’s commercial position in Iran as limits on trade and investment gradually fade.

Alternatively, if the West and Russia sort out their differences in Ukraine but the Iran talks collapse anyway — and there are sufficient disagreements within the negotiations and domestic political opposition outside them to produce this outcome — both Russia and Iran may remain highly motivated to expand their commercial ties. Tehran would be the more desperate of the two, but even in this more favorable Ukraine scenario, Russia is likely to face continuing skepticism from Western investors and business leaders.

The combination of a Russia-Iran interaction contingent on many other factors with the complicated and evolving processes of international politics suggest that while the United States cannot dismiss Russia’s possibly deeper economic engagement with Iran, Washington should likewise avoid overstating it. For now, that means America should watch this space and consider its own options for the future.