In an interview with Al-Monitor, newly elected Knesset member Nava Boker vows to continue fighting for the improvement of emergency services in Israel, so that disasters like the fire that killed her husband will not repeat themselves. 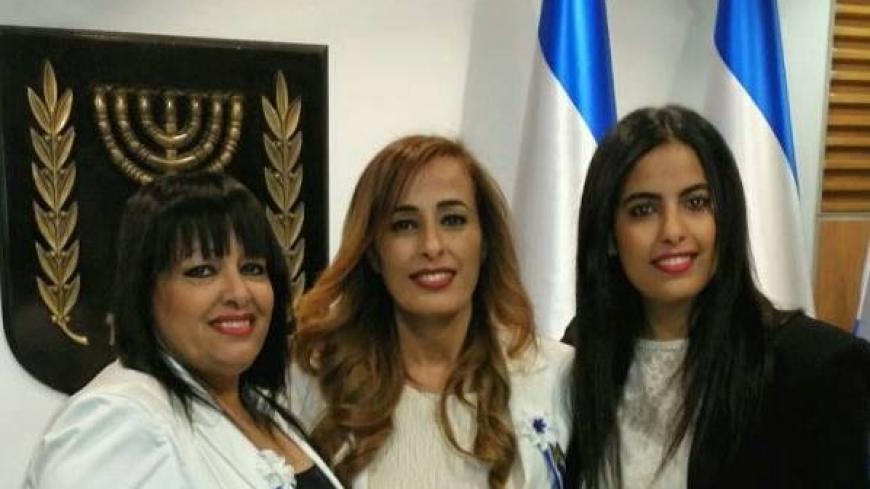 Nava Boker, a new member of Knesset from the Likud, first met Prime Minister Benjamin Netanyahu in December 2010 under difficult circumstances. It was after she lost her husband, senior police commander Lior Boker, at the Carmel fire disaster a month earlier.

Boker, then an active journalist, demanded answers to the debacle that happened at the fire, which is reportedly the largest fire in the history of the state. Forty-three people lost their lives in the fire besides her husband, most of them policemen, as a result of gross systematic errors. A state comptroller’s report that looked into the response to the event found that the Israeli firefighting and emergency system is antiquated and limited, more befitting a developing country than a modern country such as Israel. In the end, firefighters overcame the fire only with extensive international help.

At the meeting, Netanyahu promised to create an airborne firefighting system, and Boker essentially began her public activism when she became one of the figures identified with the call to improve the firefighting and emergency system. This is what paved her way to the Knesset. The prime minister’s wife, Sara Netanyahu, also participated in the meeting and since then has made sure to support Boker and keep in touch with her.

In the recent election cycle, Boker repaid Sara Netanyahu when she stood up to defend the prime minister's wife in the media following the various attacks on Sara Netanyahu's character. Boker was 25th on the Likud list, which was reserved for a new woman (who was not in the Knesset before the election), and plans to continue her fight to improve Israeli emergency services from within the Knesset.

In an interview with Al-Monitor, Boker said that she was surprised at the intensity of hatred, incitement and racism directed toward the Likud and its voters in the recent election. In her view, “red lines were crossed. I never encountered so much racism on ethnic grounds.” Boker is one of six women Knesset members in the Likud.

Al-Monitor:  Do you already know what you’ll talk about at your inaugural speech at the Knesset?

Boker:  First and foremost I’ll talk about my husband Lior and my parents — these are people I really missed at my swearing in. Besides that, it’s important to me to talk about unity among the people after the recent election, when internal disputes between left and right broke records.

The Likud is my home, it’s a movement that fits my worldview, and Netanyahu is a real leader, regardless of party affiliation. But we saw in the election cycle how respected people and enlightened people who are embraced by the press say terrible and awful things about the Mizrahim [Jews of Middle Eastern origin] who support the Likud, like [famous writer] Yair Garbuz and his condescending remarks about Likudniks.

Al-Monitor:  But the prime minister himself fanned the flames and the polarization and incited against Arab Israelis on election day [when warning against Israeli Arabs voting ''in droves''].

Boker:  The prime minister was condemned for his statement about Arab Israelis, but what did he say after all? He meant to say that left-wing NGOs [nongovernmental organizations] fund and stand behind the voting drive in the Arab sector. I don’t understand how that’s different from the left’s statements in the past that talked about settlers going to vote en masse, and why was that OK then?

When you hear Garbuz [against amulet-kissers] and professor Amir Hetsroni [on Moroccan Jews], you can see who is the victim of incitement. I’m a daughter to parents who came here from Yemen, I was married for 14 years to Lior, who is of Ashkenazi background, and I never encountered such intense racism, and it mostly surprised and saddened me. The ethnic topic was never an issue for me until I came to politics and it comes from every direction. As a public figure I felt attacked — because suddenly they label me a Mizrahi, a Yemenite. They say that I’m “Yemenite lite” — like they’re flattering me, but it’s not a compliment.

My success is unrelated to ethnic background; rather it’s because of my activism that I got recognition. In the end, despite the goading and insults, the Likud is the most diverse party. It represents all the sectors and socio-economic classes among the people. Look at our list for the Knesset.

Al-Monitor:  You defended Sara Netanyahu in the press. Was the criticism of her also part of the left’s attack of the Likud?

Boker:  There’s no doubt that Sara Netanyahu paid a price. The woman as portrayed in the press does not resemble the woman I know at all. You should hear how the children at the school where she works as a psychologist praise her, and how they wait for her to come. She’s an amazing woman, and it makes me sad and pains me as a woman that they hurt her in this way. She’s the first lady of Israel, and lines were crossed here.

I think that ultimately there was a boomerang effect here. They wanted to take down Netanyahu and attacked his wife, and in response the public wanted to protest the wrong towards Mrs. Sara Netanyahu and increased the power of the Likud and Netanyahu. I got to know her personally after my loss, and I have only good things to say about her and her sensitivity.

Al-Monitor:  For years you’ve led the public fight to improve the firefighting and emergency system; are we in a different place today than we were before the Carmel disaster?

Boker:  I can say that the prime minister fulfilled the promise he made in our conversation after the disaster and an airborne firefighting division was created. In general, a dramatic change was made in the national firefighting service. Today, from a situation where there was no airborne division because it was canceled to save money, it was renewed and has eight planes that save lives. In a few months there will be 14 planes.

Overall, 1.3 billion shekels [$328 million] have been invested in the firefighting system since the disaster, 90 vehicles were acquired, and the human resources grew.

In February two years ago the nationwide firefighting authority was established. Of course there is still much to improve. I feel like an emissary, and I’ll continue to work on this issue in the Knesset as well, and so I’ll ask to be a member of the internal affairs committee. I’ll create a lobby in the Knesset to advance and strengthen the emergency system.

Today our situation is better than ever. At the time of the disaster there was a complete lack of coordination among emergency services, and this has improved, but not enough. Bureaucracy and power struggles delay a deep change.

I intend to lead a legislative initiative that will require a joint emergency call center for all emergency services, as it is in the rest of the world. It sounds illogical, but in Israel there’s no such call center because of power struggles and egos, and this has negative ramifications on the function of the emergency system. There has to be a joint call center for the police, EMS [emergency medical service] and the fire department — this is my flagship project. I’ll fight for it. I won’t give up, and won’t leave it alone.