Ma'ale Adumim settlement Mayor Benny Kasriel says, ''Anyone who'll concede the Jordan Valley will find himself out of the Likud Party.'' 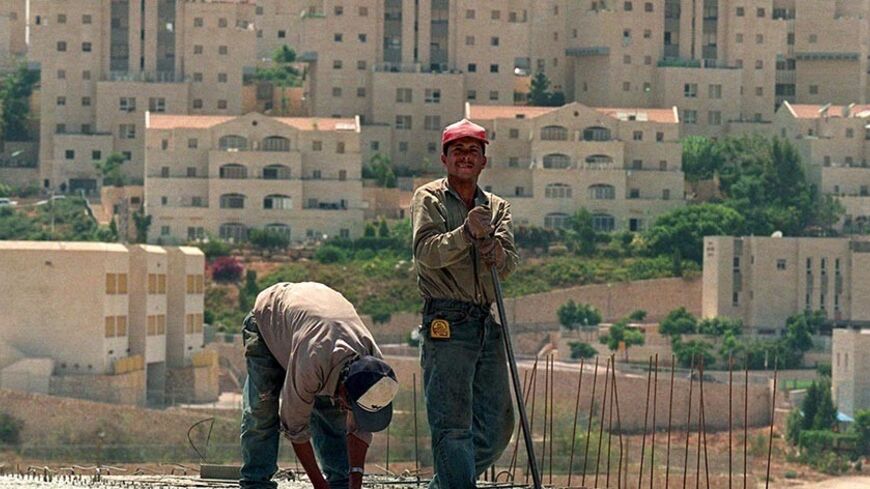 The mayor of Ma'ale Adumim, Benny Kasriel, and Prime Minister Benjamin Netanyahu met more than two decades ago. It was a few years after the young Netanyahu returned from his time in Washington and vied in the elections to head the Likud Party in 1993. Kasriel, then a new mayor, was one of the first party members to declare their support for the young candidate. Netanyahu, for his part, visited the city frequently over the years, which began as an outpost and turned into a symbol of settlement in the Jerusalem area and a pilgrimage site for politicians on the eve of elections.

Before the last elections, the prime minister promised Kasriel that he’d continue to build in Ma'ale Adumim, which today numbers 38,000 residents, but he still hasn’t fulfilled his promise. Instead, the mayor has been anxiously following the negotiations Israel is conducting with the Palestinians. In the last few weeks, worry has been replaced by real concern that US Secretary of State John Kerry and Hatnua Party head Tzipi Livni will manipulate Netanyahu to compromise with Palestinian President Mahmoud Abbas (Abu Mazen).

Kasriel was one of the elements that comprised the ideological DNA of the Likud, long before the takeover by the extreme right wing of the party. He has served as Ma'ale Adumim mayor since 1992, and as head of the Likud faction at the Union of Local Authorities in Israel. His political stance can be described as soft right, rational and not fiery.

In an interview with Al-Monitor, he expressed the confusion and anxiety within the Likud in light of Netanyahu’s moves in the diplomatic process. On the one hand, he knows that the prime minister is trying to stall and place the blame on the Palestinians, but on the other hand he fears that Netanyahu would lose control over the process and will be forced to make concessions. What’s clear to Kasriel is that if Netanyahu compromises on the Jordan Valley, he would leave the Likud that very day — and that he would be one of many to do so.

In the interview, Kasriel described the carrot-and-stick method West Bank settlers use on party ministers and Knesset members: Whoever doesn’t look out for their interests will not be re-elected. Defense Minister Moshe (Bogie) Ya’alon, by the way, received a letter of support from him after he got in trouble over the publication of his embarrassing statements about Kerry. 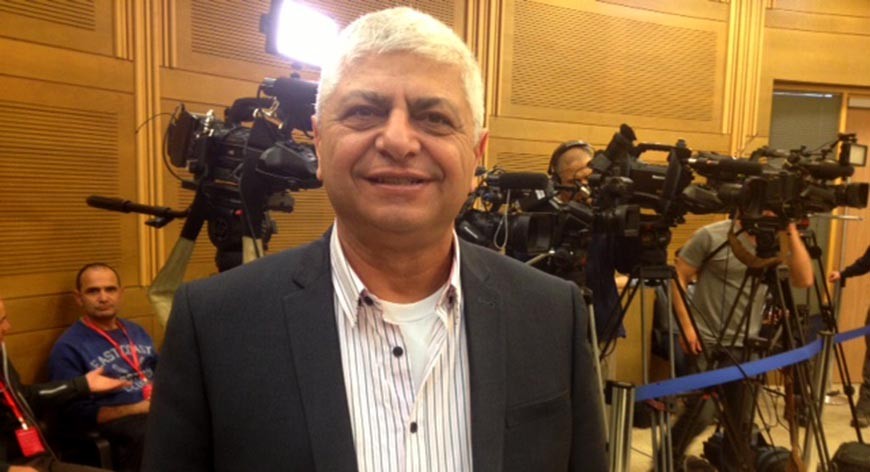 Mayor of Ma'ale Adumim Benny Kasriel at the Likud faction meeting at the Knesset in Jerusalem, Jan. 14, 2014. Photo by: Mazal Mualem

Al-Monitor:  What are you so afraid of? After all, you too don’t think Netanyahu is on his way to a diplomatic agreement with the Palestinians.

Kasriel:  I’m worried that Netanyahu gave the negotiations portfolio to [Justice Minister] Tzipi Livni. Of course, she’s not stupid. She will lead the negotiations, along with Kerry, to places that the prime minister didn’t want to go. She’s very sophisticated, and knows how to make the right manipulations to lead Netanyahu by his nose to places he never intended to get to, because of American pressure.

Al-Monitor:  So Netanyahu could be dragged into an agreement?

Kasriel:  I have no doubt that nothing will come out of it, but I’m afraid that he hasn’t said things clearly to the Americans and Europeans. It’s time that our government says things clearly to them, because every time that we show willingness to compromise and retreat from our positions, the pressure only increases. The moment Bibi [Netanyahu] went to the Bar Ilan speech and froze settlement construction, the pressure increased in Ma'ale Adumim, too.

Absurdly, in Netanyahu’s era we’ve built the least in Ma'ale Adumim. Since the construction freeze 300-400 housing units have been built a year, where our natural growth would be 700 housing units a year. In [the late Prime Minister Yitzhak] Rabin’s era, 800 housing units were built every year.

Unfortunately, because of the construction freeze, Ma'ale Adumim has entered the category of delegitimization. Before the elections Bibi told me that he’ll build here, and will not give up on Ma'ale Adumim. In actuality, there’s a large gap between his pronouncements and his actions. While the heads of the Labor Party declared construction freezes and readiness for peace, but built [in the territories] — with Netanyahu it’s the opposite.

Al-Monitor:  Are you also concerned with the declarations that have come from Netanyahu’s office at the beginning of the week that he’s willing to transfer settlements to Palestinian sovereignty?

Kasriel:  This is a far-reaching statement, if Netanyahu indeed stands behind it. It connects with his willingness to concede the Jordan Valley. These two statements teach me that there is something to be concerned with. Even if it’s a spin, it’s worrying. Because it’s not just a play for the sake of the Palestinians, it’s a play in terms of the settlers. We know that no Jewish settler would want to live under Palestinian rule, and he’s actually threatening us with this.

And so I’m very worried, and that’s why I sent a letter of support to the minister of defense after the incident with Kerry, because he’s right. The Americans can’t understand the Middle East. With all respect to Kerry and [President Barack] Obama, who think they’re going to change the world, we can’t gamble on our security. We can’t allow ourselves another Gaza in Judea and Samaria.

Al-Monitor:  As someone who has known Netanyahu for so many years, is he able to cross the diplomatic Rubicon?

Kasriel:  Bibi grew up in an ideological home, and in that way he’s different from [the late Prime Minister] Ariel Sharon, who was more a pragmatist than an ideologue. I’m convinced nothing will happen, not because of us but because of the Palestinians. I’m worried about our withdrawals and that just as we released terrorists, suddenly part of the territory would be given up to satisfy the Americans.

Al-Monitor:  Don’t you care about what’s happening in the world? The pressure on Israel, the boycotts, the isolation.

Kasriel:  I care a great deal, but the State of Israel has strategic assets that are more important than economic pressure, and anyway, we’ve been under pressure in the past. After all, the Americans would not place sanctions on Israel, Congress won’t allow it, the Senate won’t allow it, even though there’s great pressure from Obama. I said to Bibi, “We gave up on Gaza, and what happened? [The southern town of] Sderot is under fire.” It is more important for me that the kid from Ashdod would not be killed than I am about Europe’s economic threats. I think there’re markets in Asia and Africa that Israel could reach, where the Palestinian issue doesn’t interest them. There’re alternatives to the European market.

Al-Monitor:  What would happen in the Likud, if it turns out that Netanyahu, against all expectations, is willing to make concessions?

Kasriel:  I truly hope that the Likud would keep Bibi from getting there. I want to clarify that the struggle over the Jordan Valley will not be like the struggle over Gush Katif [in Gaza]. It will be a thousand times more severe, since the road to [the settlement of] Ma'ale Adumim and Jerusalem starts in the Jordan Valley. There’s also the historical factor: The Jordan Valley belongs to us and we’re not going to give up on it. If the Labor Party didn’t give it up, there’s no reason that the Likud should.

If Netanyahu compromises on the Jordan Valley, I’m out of the Likud, and many others will do the same. Many people in the Likud would split off or would join another party, or would establish the real Likud. I don’t think Netanyahu would leave the Likud like Sharon and create a new party. He can’t do it. It’s not the same Likud as it was in Arik's [Sharon] era.

Al-Monitor:  Are you not worried when it comes to senior Likud members who have to back Netanyahu in any concessions?

Kasriel:  They know the reasons that [former Knesset members] Benny Begin, Dan Meridor and Michael Eitan were not elected in the primaries, since those who were elected were right-wingers, and they are being tested. I voted for Tzipi Hotovely, [Moshe] Feiglin, [Reuven] Rivlin, Silvan [Shalom], Yisrael Katz, Gideon Sa’ar and, of course, Bogie [Ya’alon]. Bogie received 100% of the votes with us. We elected people who are Judea and Samaria people. If they don’t stand up to expectations we’ll elect other people next time, those who won’t play politics with us. I’m a mayor, and I have to take care of my city. Whoever concedes the Jordan Valley will not survive in the Likud. My red line is Judea and Samaria, I’m not willing for them to concede even an inch.