Dayan: 'Kerry causes damage by insisting on a solution now'

While some in the Israeli right looked for an alternative to the two-state solution, former Yesha head Dani Dayan prefers the status quo since ''there is no solution to the conflict at the moment.'' 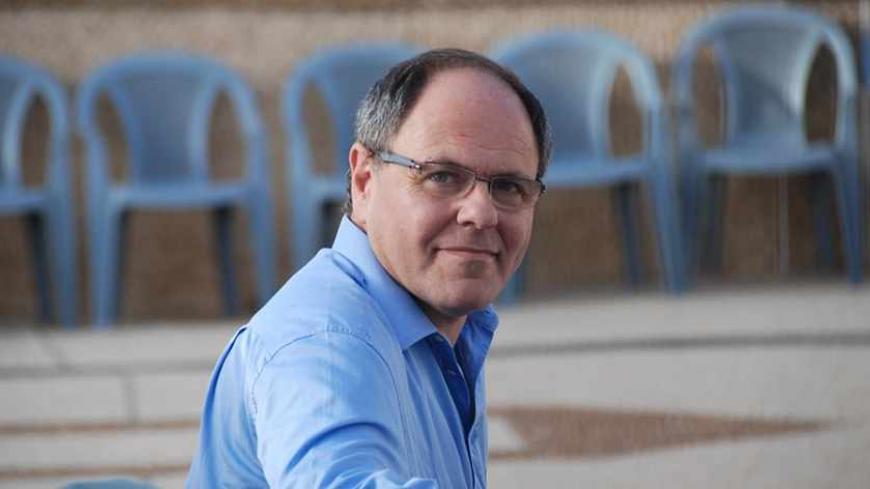 Although Dani Dayan, the former head of the settlement umbrella organization Yesha Council, will not admit it, it turns out the settlers bet on the right horse when they decided to take control of the Likud Party. Slowly but surely, they accessed the institutions of the ruling party and became a significant element that must be taken into consideration when determining policy. In his own way, Dayan said the exact same thing when I asked him to assess Prime Minister Benjamin Netanyahu’s political ability to implement a diplomatic agreement.

“My analysis of the political situation differs from all the commentators who get excited over what [Finance Minister] Yair Lapid or [Economy and Trade Minister Naftali] Bennett will say. Because according to my analysis, Netanyahu can’t do a thing without the Likud. He can build any coalition he wants but the one thing he can’t change is the composition of the Likud faction.”

But does Netanyahu even want an agreement?

Dayan tells me that, every few days, he goes through his iPhone list of 20 Likud Knesset members and, according to his count, thinks that only two of them will support an agreement based on the two-state solution. If the prime minister really exerts himself, Dayan says, he can succeed in recruiting another two or three additional Knesset members.

“In the current composition of the Likud faction, there is no likelihood for concessions,” he claims.

Dayan, one of the most eloquent and key speakers of the right wing, was elected as Yesha Council head in 2007 and filled that role for six years. In those years, the trauma of the 2005 disengagement from Gaza still echoed and the settler community was very worried that then-Prime Minister Ehud Olmert would initiate another unilateral withdrawal, this time from the West Bank. Those were the years when the settlers signed up en masse for the Likud in internal party elections. Their strategy was simple: We failed to prevent the disengagement, so we’ll take control of the Likud from inside and wield our influence on the ministers and Knesset members who want our support.

The move proved itself effective in the last internal Likud elections, when the Knesset members who were supported by the settlers were elected to the high positions on the list.

In January, US Secretary of State John Kerry is expected to unveil a document of principles for negotiations between Israel and the Palestinians. The political system is beginning to sizzle, but Dayan does not seem especially perturbed. This time, the diplomatic process catches the settlers when they are politically ready and prepared. Actually, Dayan is convinced that nothing will happen. After he left as Yesha Council head, he established Yesha's diplomatic arm in Israel and abroad that operates mainly in the United States. It is a kind of small, effective Foreign Ministry with widening command of the social networks. His agenda is full of meetings with diplomats, politicians and journalists from all over the world. Articles written by Dayan have been published in The Guardian and The New York Times. His interview with Al-Monitor takes place a few days before Kerry’s anticipated visit this week to the region. The text follows:

Al-Monitor:  According to your political analysis, the settlers in Judea and Samaria can remain calm.

Dayan:  A diplomatic agreement with the Palestinians cannot happen in the current Knesset term of office. Netanyahu will not embrace such a far-reaching plan without [Defense Minister Moshe] Ya’alon’s security backing and [Minister of Interior] Gideon Saar’s political backing. I also don’t see political feasibility on the Palestinian side. I don’t think that [Palestinian Prime Minister] Abu Mazen [Mahmoud Abbas] wants it, and even if he does want it, he does not have the political power. Therefore, to a great extent, what we have is a mirror image that, in my opinion, transforms the planned declaration of principles to a "mission impossible." From this aspect, current circumstances bear no resemblance to the days in which Ehud Olmert was elected to the premiership on the platform of his convergence plan [disengagement] or one-sided withdrawal that he fully intended to implement. We are keeping close track of the process, and we are alert.

Al-Monitor:  Do you think that something serious is taking place in the negotiation rooms?

Dayan:  This entire process is an exercise in futility, based on Kerry’s obstinacy. It is not the correct policy and, therefore, the failure will be greater. It reminds me of the Camp David fiasco in 2000 with [former Prime Minister] Ehud Barak; in my opinion this will end the same way. There is no way that something will happen. The Palestinians won’t agree to recognize the Jewish state; they will not concede the right of return or agree to an Israeli presence in the Jordan valley. Therefore, the Americans had better formulate a harmless exit strategy quickly before this all ends in violence.

When Kerry threatens a third intifada in his interviews to the Israeli media, beyond the chutzpah involved, if an intifada erupts, God forbid, his name will be written on it. Kerry entered this process like a bull in a china shop, and without having an exit strategy prepared in advance. I understand that the American optimism is based on the fact that Hamas is weak, but whoever thinks that this is the decisive parameter does not understand the Palestinian arena. The fact that Hamas is weak will not convince Abu Mazen to concede the right of return. And that shows us that the Americans don’t know how to read the map correctly. That is what happened in Iran as well, in Egypt and now here, in the Palestinian sphere.

Al-Monitor:  So what is the correct picture?

Dayan:  It is impossible to reach an agreement. I only hope that the Americans come to their senses and start to withdraw gradually from the process, and instead invest in economic cooperative ventures and human rights.

Al-Monitor:  What do you suggest instead?

Dayan:  There is no solution to the conflict at the moment. One of the reasons for this are the illusions created by Oslo, headed by the two-state solution formula. We can only make progress after we free ourselves from this formula. We face a long interim period that I estimate will take about a generation, in which we have to focus on increasing the governability of the Palestinian Authority and create a situation that the crazy conditions under which we live today will be as normal as possible.

We have a president who was already a high-level government minister in the 1970s. Before he converted to the Oslo religion, he used to talk about a functional compromise versus territoriality and the Jordanian option. I believe that in order to have a solution to the conflict, we have to enlarge the pie to include Jordan. The compromise will be functional — we will not partition territory but only divide powers and authorities. To a great extent we do it even now regarding all kinds of entities such as the Palestinian police. Nowadays we also have to give them certain institutions, but not territorial partition of the territory between the Jordan and the sea. It will not happen now; it will take at least a generation.

Al-Monitor:  Why are you so sure that the Americans are wrong this time?

Dayan:  The mistake of the Americans is the way they read the overall map in Iran, Egypt and in our region. They are trying to achieve something that is unattainable. When it comes to policy, there is nothing worse than misunderstanding the reality, and that is exactly what is happening now. Today we need here more [former British Prime Minister] Tony Blair and less John Kerry — in the sense that we need more economic projects and human rights and not a plan that cannot be realized.

I understand that this route is less heroic. You don’t get a Nobel Prize for it, but it is effective. Kerry causes damage by insisting on a solution now. It will not happen. The American president who caused the most damage in the Middle East is the man who came with the best intentions. In 1992, Bill Clinton received a more or less stable Middle East and returned it in a state of total chaos. Why did it happen? He raised expectations too much and convened Camp David under impossible circumstances. I am concerned that Kerry is likely to do the same thing and wreak havoc in spite of his good intentions. I also don’t think he is anti-Semitic or anti-Israeli, he simply comes with his extraordinary industriousness.

Al-Monitor:  So you think that the supporters of the two-state solution, a large part of the Israeli public, are naive?

Al-Monitor:  Have you seen the movie "The Gatekeepers?" In it, six [former] Shin Bet heads argue that the country should be partitioned. Doesn't that arouse any misgivings on your part?

Dayan:  I am constantly re-examining my viewpoints and positions, but I have very little esteem for people who maintained the occupation throughout their careers and built their careers on it, then afterward come and say that it’s more dangerous than the Iranian nuclear project.