Israel fears that the nuclear agreement, combined with Russian missiles, will strengthen Iran on all fronts, changing the balance of power of both Iran and Hezbollah vis-a-vis Israel. 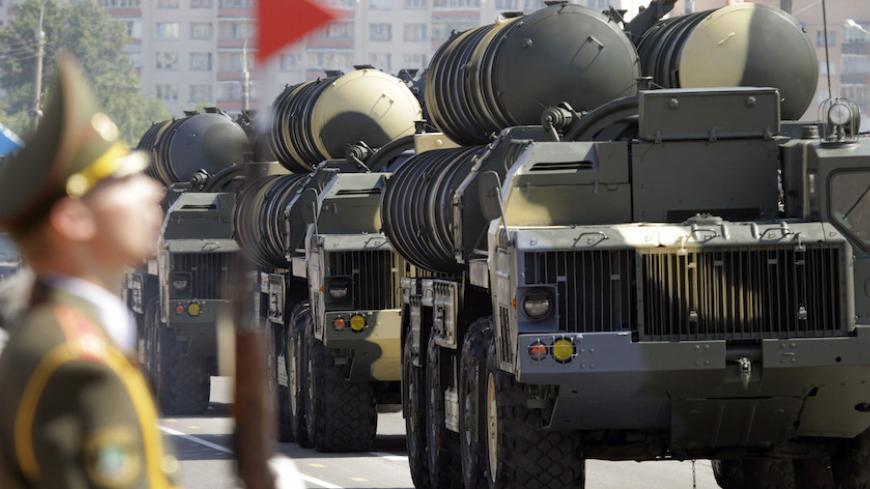 On the afternoon of April 13, Israeli journalists assembled in one of the offices of the US Embassy in Tel Aviv. There they received a telephone briefing from Wendy Sherman, US undersecretary of state and chief US nuclear negotiator with Iran.

It was a comprehensive and convincing briefing and it clarified the familiar US messages of the last few weeks: While Israel’s worries are legitimate, only an agreement with Iran can halt advancement of the Iranian nuclear program. An Israeli or US military assault will only cause a regression of between one and three years in the Iranian nuclear program, but then they will only “rebuild everything from scratch” because no bomb can destroy the knowledge and experience that they have accumulated.

Sherman said the United States will continue to stand at Israel’s side even during times of bitter controversies, and will guarantee Israel’s safety. Imposing additional sanctions on Iran is likely to cause it to accelerate its nuclear program, and some of the powers that are partner to the negotiations object to the ramping up of the sanctions. While the sanctions brought the Iranians to the negotiating table, it didn’t cause them to halt their nuclear program; instead, the Geneva interim agreement accomplished this. It is possible to attain a comprehensive agreement with the Iranians by June 30. We are on our way to a good deal, even if it is not a perfect deal. And there is no such thing as a perfect deal; this is the best possible alternative.

Sherman also related to the statements made by Ayatollah Ali Khamenei, supreme leader of Iran. She said that the Americans heard what he had to say, and that there are numerous spins on the deal that are targeted at internal, domestic needs, including in Tehran. A similar thing also happened after the Geneva agreement, and subsequently that deal was fully implemented. The United States will demand that the International Atomic Energy Agency inspectors will be given full access to all the sites, and that Iran will respond to all the open issues regarding the possible military dimensions file and the military aspects of the nuclear program. Finally, all this must be done before the sanctions are eased.

While the Israeli correspondents listened alertly to Sherman, updated reports from Moscow began to flow to their cellphones. It seems that Russian President Vladimir Putin had lifted the military ban imposed on Iran and had decided to give the green light to supplying Tehran with surface-to-air S-300 missiles.

The Russian announcement turned Sherman’s briefing into a ghastly farce. Even as the Americans attempted to explain, convince and demonstrate that sanction removal was not yet final; even as they said that there was no intention of lifting sanctions until everything would be completely clear and settled; that the rate and timing of sanction removal had not yet been decided upon; and that the United States opposed the immediate lifting of sanctions the minute that the final agreement would be signed — along comes Putin and delivers a knockout blow to the whole theory.

The Russians scrambled to be the first to jump into the inviting Iranian honeypot. Experts in Israel are talking about a deal of missiles in exchange for Iranian crude oil, and saying that the Russian act will provoke a flood of European companies and maybe even countries, which now elbow their way to the Iranian market that is thirsty for business.

Several hours later, Prime Minister Benjamin Netanyahu’s office joined the ruckus and responded to Sherman’s briefing with harsh words. Israeli security figures note that recently, Iran has greatly increased its arming of Hezbollah with rockets and heavy missiles, which are precise and sophisticated.

An Israeli military source told Al-Monitor this week that while Hezbollah possessed about 20,000 rocket and missile launchers in the Second Lebanon War (2006), today the organization has about 120,000 launchers. The source said that the next conflict between Israel and Hezbollah will transform the entire region into hell on earth and cause thousands of casualties, mainly civilians, on both sides.

An Israeli diplomatic source said the agreement with Iran, which does not deal with the issues of regional terror and Iran’s actions against its neighbors and against Israel, will entail the pouring of billions of dollars into the Iranian economy, and the money will be directed at a lethal acceleration of the armament race. This, in turn, will transform Hezbollah into a regional terrorist power with quantities of middle- and long-range rockets and missiles and the capacity to launch them, something that few countries in the world are able to do. And this is not only about Hezbollah: According to Israeli intelligence agents, the Iranian octopus also extends its arms to Hamas and continues to fuel Hamas rearmament attempts, even before we mention the Houthis in Yemen and other areas as well.

The S-300 missile system merits a separate discussion. The initial deal between Iran and Moscow for supplying these missiles was signed in 2007. Heavy pressure on the part of the United States and Israel caused then-President Dmitry Medvedev to suspend the transaction and cancel the missile supply in 2010. From then until today, there has been much publicity and denials regarding the future of the deal and the date on which these missiles would reach Tehran, if ever. This transaction is of high importance to the larger Iranian nuclear project: According to expert assessment, the S-300 missile system affords one of the most effective methods of protection against aerial bombings should a decision be made to conduct a military attack against the Iranian nuclear enterprise. Without these artillery batteries, the Iranian home front and nuclear sites are largely exposed to the capabilities of the Israeli air force and also to American might. If and when anyone would decide to deliver a military strike to the Iranian nuclear program, these missiles would make such a strike very difficult indeed. Should these missiles be deployed around the nuclear sites, this would serve, according to Israeli assessments, to reinforce and amplify Iranian self-confidence; this, in turn, would have ramifications regarding Iranian activity in the region and the rigor with which it would implement the interim agreement or the permanent agreement that is supposed to be signed afterward.

On the other hand, it is unclear what kind of missiles exactly Russia will sell to Iran. The S-300 comes in several models, some of which are outdated and very familiar to the West and to the Israeli air force. In contrast, the newer models are much improved and considerably more effective by leaps and bounds.

At the time, Israel pressured the Russians to provide Iran with the less advanced missile models and even received secret Russian agreement. At this point, we don’t know what exactly the Russians will supply to Iran. On the other hand, the S-300 obstacle is not impassable. The Israeli air force has been training for a long time already vis-a-vis and against these missiles. Israel has developed quite a number of means, allowing its air force to function even in an environment that is full of S-300s. Some of these means were tested in extensive maneuvers conducted by the Israeli air force in recent years, over the skies of the Mediterranean Sea. The United States probably has similar means. But when all’s said and done, one thing is clear: The presence of S-300 missiles on Iranian turf would make any air assault in those regions considerably more difficult.