Accusations that Iran is aiding Yemen's Houthis increased dramatically in 2009, in large part due to Saudi and Iranian media, though little evidence exists for direct Iranian influence. 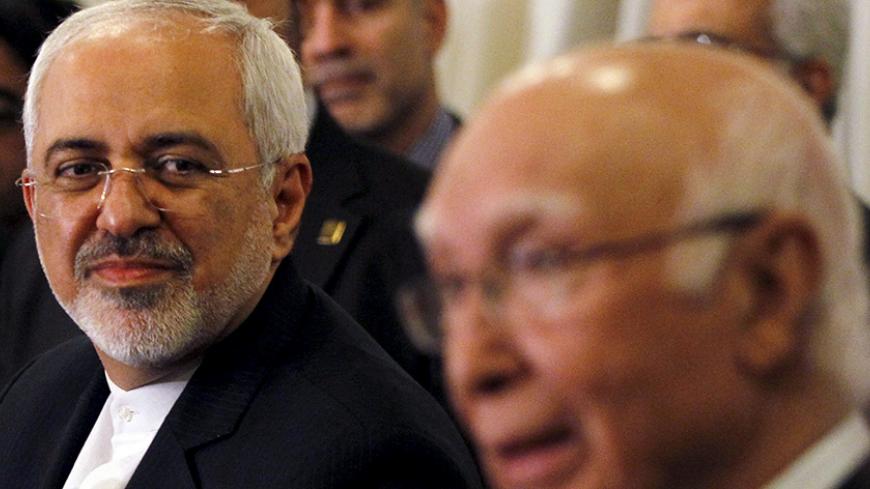 The war in Yemen is increasingly being construed as a Saudi contest with Iran. To ascertain the veracity of this oft-repeated conception, two things need to be clarified: whether the conflict is driven by sectarian dynamics and what Iran seeks in Yemen.

Yemen has long been the Afghanistan of the Arab world. Most Yemenis live below the poverty rate. The country sits on multiple fault lines, in addition to a long-running border dispute with Saudi Arabia. Following Arab Spring protests, Abed Rabbo Mansour Hadi came to power through a Gulf Cooperation Council-brokered one-man election, as opposition groups seized on power vacuums. The Houthis have in past months seized major urban centers in collaboration with their old foe (and Hadi’s predecessor) Ali Abdullah Saleh.

Experts on Yemen contend that the Houthis emerged as a Zaydi revivalist movement in response to Saudi-funded Salafist proselytizing in the 1990s. Claims that the group is sectarian and linked to Iran are long-running. Robert Worth, a fellow at the Wilson Center and former New York Times Middle East correspondent, told Al-Monitor, “The Houthis have been accused of being Iranian stooges almost since they were first founded.” However, these accusations have not attracted much credence. Worth, who has been on the ground in Yemen and is working on a book on the legacy of the Arab uprisings, said, “When I started reporting on them in 2007, this accusation was ridiculed by almost everyone — even by Yemeni officials, off the record.”

If there is a Saudi-Iranian contest in Yemen linked to the Houthis, its roots can be traced back to late 2009. As Saudi forces attacked border regions controlled by the Houthis, talk of the latter’s alleged Iranian connection reappeared — with force. The reason was clear, at least in Worth's view: “A ragtag militia had held out for months against the high-tech Saudi military, and even scored some humiliating punches against it. … Meanwhile, the Iranian media lionized the Houthis for their heroic 'resistance.'” US State Department cables published by WikiLeaks expressed skepticism of the Houthis' alleged connections to Iran at the time.

In an interview with Al-Monitor, an anonymous source close to Iran’s Arabic-language Al-Alam news channel confirmed that Iranian media coverage of the situation in Yemen first gained steam in earnest in late 2009, not during the 2011 Arab Spring protests. The latter is important to bear in mind, as the first credible reports of Iranian material assistance to the Houthis only started to surface around 2012. As Worth pointed out: “It’s important to add that Iran was not reaching out only to Houthis. I talked to members of the southern independence movement and some liberal political figures who'd been offered support from Iranian officials. … There is no indication that the Houthis take directions or even advice from Iran, despite many claims to the contrary.”

On April 12, the Saudi foreign minister, in response to Iranian calls for an end to hostilities, said: “Iran is not in charge of Yemen.” If that is the case, then who is Saudi Arabia targeting?

A former senior Iranian diplomat told Al-Monitor, “Riyadh has put itself in a situation where it perceives itself as fighting growing Iranian influence in the region. To this end, the Saudis have opened multiple fronts against Iran, from igniting the ideological conflict between Salafism and Shiism, or challenging Iran over Iraq, Syria, Lebanon and now in Yemen.” The source also pointed to another dynamic in the mix: “The possibly most painful development for Riyadh is the forthcoming thaw in US-Iran ties, and the potential of losing a longtime protector.”

Another important question to consider is whether, and how, Yemen fits into Iran’s regional equation. Kayhan Barzegar, head of the Tehran-based Institute for Middle East Strategic Studies, told Al-Monitor, “Iran's regional policy is based on supporting independent governments to strengthen regional cooperation. An independent Yemen based on an inclusive government will add to the value of this strategy by removing another Arab state that could potentially line up with foreign actors and regional rivals against Iran.”

For Iran, then, is Yemen less about gaining an ally than it is about depriving the Saudis of an anti-Iran ally? Can the same be said about the Saudi calculation?

Perhaps the most noteworthy aspect of the Yemen war is the regional response. A number of states were quick to commit forces to the Saudi offensive, surprisingly including Iran’s longtime ally Sudan. It was also reported that Saudi Arabia had requested that Pakistan commit physical and human assets to the military operations.

However, in past days, active diplomacy on the part of Iran appears to have undermined Saudi Arabia’s effort to regionalize the conflict. Shortly after Turkish President Recep Tayyip Erdogan’s trip to Tehran last week, which featured a joint Iranian-Turkish call for an end to the conflict in Yemen, Iranian Foreign Minister Mohammad Javad Zarif traveled to Oman and Pakistan, holding talks focused on Yemen. Surprisingly, Pakistan, a strong ally of Saudi Arabia — which some even portray as Riyadh’s Plan B in case of an Iranian nuclear weapon — has refused any involvement in the Yemen war.

Both the Saudis and the Emiratis have clearly expressed annoyance with the Turkish-Pakistani decision to abstain from joining the war. Their irritation is understandable. The Houthis are still there, Saudi Arabia is losing troops, the idea of a united Sunni front is collapsing and Riyadh is on a trajectory to end up stuck in a costly war against Iranian ghosts — all at an insignificant cost to Tehran.

In Barzegar’s telling, the Iranian approach is likely to include continued support for the Houthis and “if necessary, convince them to form an inclusive government. Iran will not give up interactions with Saudi Arabia and Egypt to find a mutually agreed political solution to end the conflict in Yemen.”

While it is unclear when the war in Yemen will end, what is clear is that Iranian diplomacy is proving to be an effective response to Saudi money and firepower. And with the goals of the Yemen war increasingly muddled, Saudi Arabia and its allies may soon find themselves bogged down in a quagmire.