Former Iranian nuclear negotiator Saeed Jalili argued that the United States and Iran cannot have ties because of America's policy to "consolidate its leadership over the world." 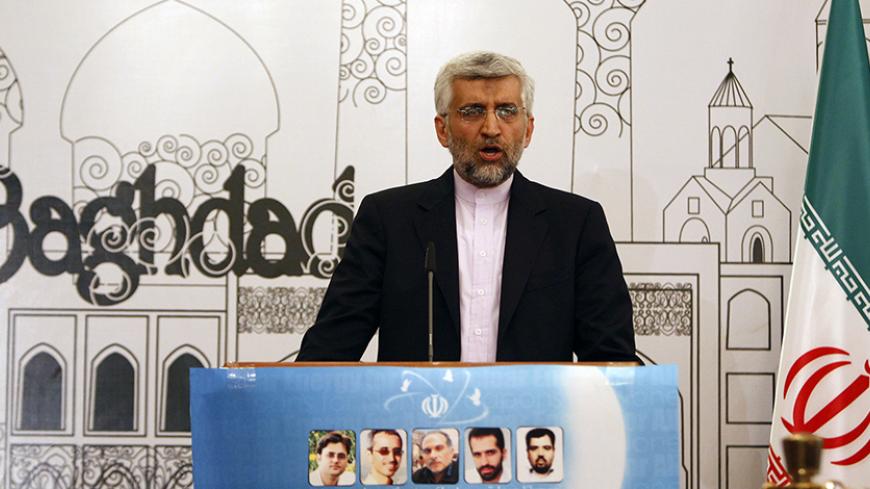 In a speech at Bushehr University on April 22, former Iranian nuclear negotiator Saeed Jalili argued that Iran and the United States cannot have a relationship because of how America views its role in the world. Jalili, who is Supreme Leader Ayatollah Ali Khamenei’s representative to the Supreme National Security Council (SNSC), was Iran’s lead nuclear negotiator from 2007 to 2013, when he was the secretary of the SNSC. The Iran-Iraq war veteran is one of the most vocal voices against better ties with the West.

“Every foreign policy is a paradigm, in which considered principles, goals, and values and interests and rights are described, that give shape to opportunities for cooperation or confrontation,” Jalili said. On the United States and Iran, Jalili asked, “Why do we have a special approach and outlook toward the United States of America?”

He said that to understand this special relationship and “to understand well the America of today, study two texts; first, read America’s fact sheet after the Lausanne agreement; second, review carefully the US 2015 National Security Strategy.”

Jalili said there were four stated strategies that Iran should consider when observing the United States. The first point was the strategy that stipulated that “American global leadership remains indispensable.” The second was that the United States “will act unilaterally against threats.” The third point was that the "international order" that has been created must continue with America’s continuous strong leadership. And the fourth point was that American leadership in a changing world must be based on American “values."

Jalili warned that “these are not the statements of the Middle Ages, they are statements for 2015 A.D.” To his domestic critics who call him “ideological,” Jalili said, “That some say that foreign policy is not supposed to be based on ideals, ideology and values, it is surprising, because this is also a topic of discussion in America.”

Jalili added, “Today, people who make such bullying claims, shamelessly and with deception, want democracy and peace and nuclear disarmament. America wants to consolidate its leadership over the world with force and deception.”

Jalili did not spend much time discussing the problems with the fact sheet and the nuclear negotiations. After Iran and the six major powers agreed to a framework deal April 2 to reduce Iran’s nuclear program in exchange for the removal of sanctions, the United States released a four-page “fact sheet” outlining the framework.

Jalili said, “America is an enemy which knows itself as the leader of the world that wherever it wants, it will act unilaterally and make military threats.” He continued that the fact sheet “is America’s plan and America will implement this plan. Therefore, it’s necessary for friends to study it.”

The Iranian negotiation team has been hesitant to release their own fact sheet. Iran viewed the Lausanne deal more as a “political understanding” than an agreement, given that the supreme leader had expressed opposition to a multistep deal. The US negotiators, however, were under pressure to present a nuclear deal to Congress to hold off more Iran sanctions.

Despite Jalili's comments, Khamenei, who as supreme leader has final say on foreign policy issues, said April 9 that if there is a nuclear deal and the US puts aside its bad behavior, he is open to discussing "other issues."