Housing prices in Iran have significantly dropped since mid-2013, most notably in Tehran, where pollution and traffic cause families to move to the suburbs and countryside, while young urbanites seek smaller housing units. 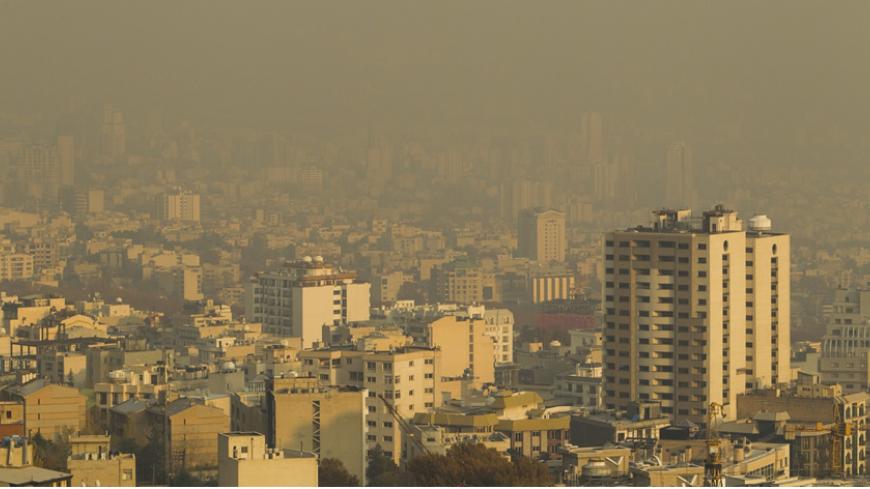 The housing and construction sectors have been significant for the Iranian economy both in terms of employment as well as capital formation. Contributing to about 5% of the country’s gross domestic product, the health of the construction sector has also been an indicator of the overall economic outlook in the country. However, recent property price developments have caused a slowdown in investments in this important sector, leading to questions on the future of such ventures, especially considering the fact that a comprehensive nuclear deal could pave the way for a new economic momentum in Iran.

Historically, investments in the housing sector had been a safe strategy in the Iranian economy. Due to a growing demand and a tendency to prefer investments in tangible assets, property prices offered a guaranteed profit in Iran until 2012 with very few exceptions of short-term stagnation. Nonetheless, since the summer of 2013, an unprecedented real decline in housing prices has been experienced. According to the Statistical Center of Iran, housing prices have dropped by 14.3% in the 12 months prior to March 20.

A more nuanced analysis indicates that the biggest drop in prices was seen in Tehran. In the regions outside Tehran province, 14 provinces witnessed price declines, while 15 provinces experienced price increases. Within Tehran province, while there was overall price decline in the capital, some areas surrounding Tehran witnessed a price rise. This indicates that internal migration is also at play.

The current decline is partly the bursting of a bubble that had been generated between 2005 and 2012, as I had explained in an Al-Monitor article in June 2013. The single most important factor changing the overall dynamics in the Iranian housing sector was the introduction of the Mehr housing project that had been designed to offer affordable housing units to lower income classes. However, according to Hossein Abdo Tabrizi, a respected economist and former secretary-general of Tehran's stock exchange, the Mehr housing project failed to ease the pressure on lower-cost housing units and created a completely new category of housing. Other experts believe that the Mehr housing project served speculators more than the lower income classes. Though the Hassan Rouhani administration had no choice but to complete the many Mehr housing project sites, there are still a large number of unfinished buildings that have blocked some of the financial resources dedicated to the housing sector in the country, especially the resources of the state-owned Housing Bank.

The climax of inflation in property prices in Iran was reached in the summer of 2012 and ever since the price development in properties and housing units has been well below annual inflation. In 2013, just before the presidential elections, the head of the National Property Advisers Union, Mostafa Gholi Khosravi, said there was a 20% bubble in the value of properties in Tehran.

Official reports show that the production of new housing units dropped by about 30% in the Iranian year 1393 (which ended March 20). In addition, 40% of the construction permits that were issued in the previous year have not been initiated. In other words, on the supply side, Iran is witnessing an unprecedented low level of production of new housing units. However, the country’s demography suggests that demand will not decline in the next few years.

One of the reasons is the mismatch between actual demand in the market and existing supply. While the younger generation of Iran’s urban population is looking for smaller housing units, institutional investors have been producing larger apartments that only attract a limited number of customers. In fact, there are 1.6 million empty housing units in Tehran waiting to be sold or rented.

The drop in demand for expensive housing units in the north of Tehran is also partly caused because many families wish to leave Tehran’s pollution and traffic and move to the surrounding areas of the capital. This explains why some areas outside Tehran are experiencing a price increase while property prices are stagnant in the capital.

Now the key question will be whether housing prices have bottomed out or whether the property market will remain a depressed one in the new Iranian year.

Deputy Minister of Roads and Urban Development Hamed Mazaherian believes that housing demand will grow by 5% in the current Iranian year and that prices will not increase any further. However, experts such as Hossein Abdoh Tabrizi believe that smaller housing units will become more expensive while larger housing units will lose value.

A lot will depend on the perceptions of small and large investors in the Iranian market. The recent declines in the capital markets as well as a period of relative stability in foreign exchange rates have pushed the average investor toward other markets, including gold and properties. However, very few investors would consider large housing units in Tehran’s wealthy districts as the best investment. Therefore, there will be a push toward smaller units that can also be sold more easily, should the investor need his capital. Furthermore, the real demand will be for these smaller units as the younger generation enters the housing market.

However, once sanctions are lifted as a result of a comprehensive nuclear deal, there may be new demand for some of the larger units in Tehran’s wealthy districts, especially as many international companies will start reopening their offices in Iran. Furthermore, the expected economic momentum and activity of international companies will pave the way for the return of the Iranian diaspora, which will also generate new demand for more expensive housing units.

All in all, the market will be going through a readjustment phase and as long as a new balance between supply and demand is not found, there will be a lot of confusing signals. A healthy and balanced economic growth would also help reduce the impact of speculative investment activity on the housing sector.

In the meantime, the government will have to find an amicable solution for the unfinished Mehr housing project to free up some of the financial resources and also respond to the demand for inexpensive housing units. In addition, the government needs to pay attention to the migration patterns that are taking place within the country. In fact, if sufficient infrastructure and jobs are provided in larger cities outside Tehran, one could also expect internal migration that could ease demand in Tehran and generate new economic activity in the provinces.