What a Houthi-controlled Yemen means for women

Female activists in Yemen say that their situation under the Houthis’ control of the country is much worse than before the 2011 protest, when women were able to achieve significant gains. 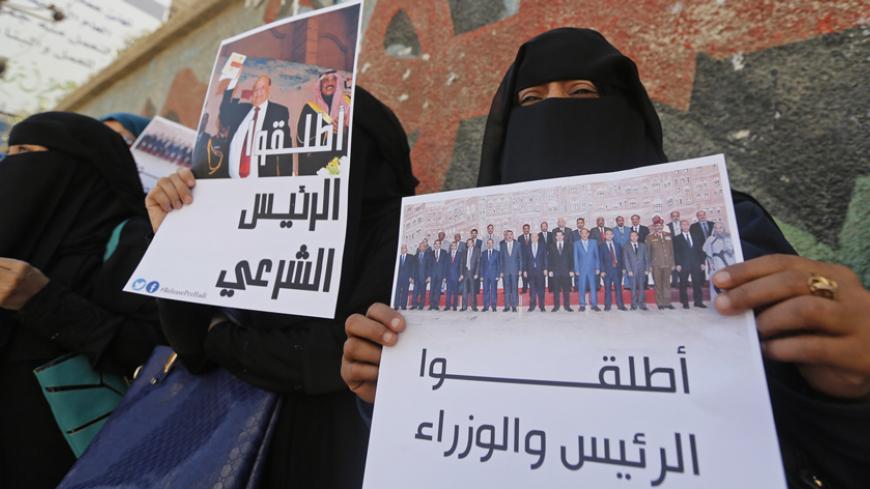 Houthis published a circular in January 2015, pertaining to women in the city of Amran, banning them from going out following the Maghrib prayer, prohibiting them from bringing male bands or singers to their gatherings or parties, banning the use of cameras at women's gatherings and parties, including mobile phones with cameras. These new rules are being implemented in Amran, and the people there have been adhering to these rules to avoid punishment.

The circular stirred controversy in Yemeni society, especially among women who feel that the next phase will bring in many unpleasant surprises regarding hard-won gains they had achieved. Some women have concerns about Houthis since they are so dogmatic when it comes to women’s rights.

Women in Yemen suffer from discriminatory laws. The country has the largest educational gap between men and women: the illiteracy rate among men is 30%, and 67% among women. But the popular movement that erupted in February 2011 witnessed a heavy participation of women, drawing attention to women’s issues, and following the revolution, the National Dialogue Conference in March 2013 brought about new legislation, some of it related to the quota system and underage marriage. These were considered a victory for women.

Houthis are not the only political grouping in Yemen to target women. Yemeni women used to work on the land alongside men in rural areas. But when Ali Abdullah Saleh took power in 1978, the state policy started to tighten the noose around women’s freedoms and rights, because of the political alliance between Saleh and the Muslim political movements to confront communists in the south. This reflected on the education curriculum and women started covering their faces, which hides their identities and decreases their role in the public sphere. Some political parties used women's rights as a card to show off their modernity, but they didn’t adopt women’s issues seriously, as their actions did not exceed mere media propaganda. On the other hand, religious political parties claimed that women's rights are something alien to our society and an attempt to Westernize society. But they showed a hypocrisy of sorts during elections, encouraging women to vote while not putting forth female candidates.

In 2011, Yemeni women took the streets to participate in the revolution. Many of them were subjected to defamatory campaigns, which culminated in Saleh's April 2011 speech in which he banned gender-mixing in the demonstration arenas.

The president’s statement caused a stir in a tribal conservative society, with a particular impact on the Islah Party, the Islamic party that was in control then. It was not long before the party started to set up checkpoints to ensure gender segregation, but failed to fully achieve its goals to impose segregation in the long term.

Although Islah seems to have been harsh about women’s issues, Houthis are much worse. They are not obsessed with imposing gender segregation, but they obstruct female movement by forcing women to return to their homes before the sunset. All Yemeni political forces are similar in their targeting of women. The victims of Islah are now suffering the same fate at the hands of the Houthis, but with greater harassment and fear given the absence of any accountability for such acts.

In the past, there was a weak state but with a space for the freedom of media and civil society organizations supported by foreigners, pressuring the Yemeni government and political forces. Today, however, Houthis are free of any responsibility toward the international community, having free rein to harass journalists.

Back in April 2011, the 1st Armored Division — a military group close to the Muslim Brotherhood and Salafist movements — beat Arwa Abdo Othman, a woman who founded the House of Folklore institution, an organization working on the collection of Yemeni heritage pieces.

The attack came following Saleh’s speech as the group used it as an excuse to impose gender segregation, under the pretext that women did not abide by the segregation orders.

Othman is being subjected to a new harassment campaign by the Houthis, as she believes that all religious groups tend to restrict women's freedoms in general. However, Houthis have been the worst so far in their campaign, as they sent her several threats because she participated in the commemoration of the Sept. 26 Revolution — which brought down imamate rule in 1962 — while dancing and singing in defiance with a group of young men.

Similarly, Yemeni activist Samia al-Aghbari faced the same challenges, as Islah accused her in late December 2012 of being an infidel. Today, as the Houthis in power have been tarnishing her reputation, she is accused of being affiliated with the Islamic State (IS).

“With the 2011 revolution, we aspired for a better Yemen, and for Yemeni women in particular. However, when the 1st Armored Division joined in in March and started to violate women’s rights, we sensed the danger. We knew that the future would be worse. Today, things are truly much worse, and we are threatened by a replication of the Taliban rule in Yemen,” Aghbari told Al-Monitor.

“Houthis have more audacity than the Islah Party. While the latter sends its lower-ranking members to carry out all the slandering and threats, as Saleh’s cronies used to do, today, prominent Houthis jurists and writers are brazenly performing the same acts,” she added.

Student Hiba al-Zabahani, who shares the same opinion as Aghbari, believes that Houthis are more rigid than their predecessors, as they have threatened to strip her of her clothes if she continues to wear pants instead of the abaya, or cloak.

Just last Jan. 25, she took part in a student demonstration against Houthis in Sanaa University, where she refused to hand them her phone, with which she had captured attacks on students. She was beaten up along with her friend as a result.

“The most recent attack on Jan. 25 was the worst. We went out to protest the Houthi coup and the Houthis chased us with white arms [non-firearms]. We managed to escape them,” Zabahani said. “Nothing is the same again.”

However, a Yemeni activist and writer claims the Houthis will not succeed in cracking down on Yemeni women. She told Al-Monitor, on condition of anonymity, that the 2011 revolution was a turning point in her life.

Before 2011, she was a traditional housewife with six children coming from a socially and religiously conservative family. However, when her husband saw her great enthusiasm for the revolution, he allowed her to take part in it, which was her first contact with the public sphere. She was inspired by people such as Tawakkol Karman, who was awarded the Nobel Peace prize and was one of the female leaders who participated in the 2011 revolution, among others.

After the revolution she decided to make her own way to the public domain and started writing, which raised the ire of her husband. He prohibited her or at least tried to convince her to write under a pseudonym. She refused and insisted on her right to reveal her true identity.

Radya al-Mutawakil, a human rights activist and the founder of Mwatana organization, shares the same view. “The Houthis will fail to further crack down on women, because they will not last long,” she told Al-Monitor.

Mutawakil, as well as all the other women Al-Monitor spoke with, agreed that the women’s gains came as a result of their struggle and defiance of political forces, which greatly undermine and neglect women’s issues, except as a show for the media. They believe that these political forces are not sincere or honest in their positions toward women, as they sometimes claim that they support them. Women hold senior positions in these parties’ ranks such as Aghbari in the central committee of the Yemeni Socialist Party, and Karman in the Shura council of Islah; these are prominent positions that influence in the decision-making process in the parties. But this doesn’t mean that the parties are struggling for women’ rights, as it is not their priority. Thus, including women in leadership positions is for show. Women are not given incentives to participate in the political process other than just to vote in elections.

They believe that the achievements of the National Dialogue Conference, including the decisions on the women's quota system and the minimum age of marriage, are merely for form’s sake, as nothing has been achieved on the ground and political forces can easily circumvent these new rules.

Nevertheless, the fear barrier was destroyed in 2011, and women continue to try to safeguard their gains and prevent any attempt to force them back to stay at home after having been part of a revolution that brought them substantive change.