Armenian-American activists are scoring major points against an angry and misinformed Turkish public. 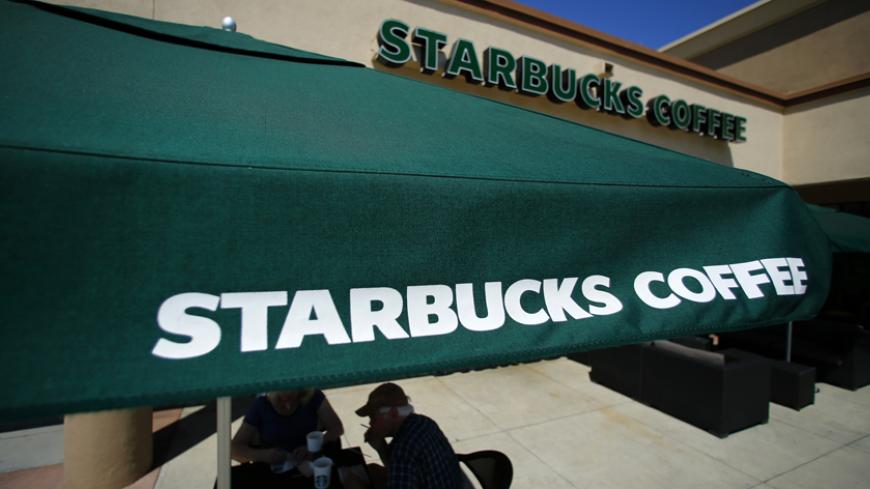 The Armenian National Committee of America (ANCA) posted on Feb. 18 a picture of women with traditional Armenian gear, holding a Starbucks coffee cup, under the Turkish crescent and star flags on their Facebook account. Under the photo, which was displayed at the Mulholland and Calabasas stores in the Woodland Hills area of Los Angeles, ANCA posed the question: “Why is Starbucks selling coffee using an image of women, dressed in traditional Armenian costumes, celebrating a Turkish state that systematically victimized Armenian women during the Armenian genocide, and that still denies this crime against all humanity?” Starbucks, known as a rather liberal establishment, promptly issued an apology and removed the posters, which were displayed in a couple of locations in Southern California. The photographer responsible for the design of the poster, Timothy Rose, also issued an apology on his Web page explaining that he had not known the women were Armenian.

When asked for the sentiments of Armenian-Americans about the Starbucks posters, Aram Hamparian, the executive director of ANCA, told Al-Monitor, “We felt that the Starbucks ad inappropriately used images of women dressed in traditional Armenian costumes to glorify a Turkish state that brutally persecuted Armenian women during the Armenian genocide and that still, to this day, denies this crime against all humanity.” Indeed, the reaction was so strong, Hamparian informed Al-Monitor, that the entire campaign to remove the posters lasted about five hours. He said, “Armenian-Americans are generally a highly networked community that follows Armenian issues closely and that is quick to react to misrepresentations in politics, media or advertising. Social media, of course, helps Armenians to more quickly connect to one another and to more effectively communicate our collective concerns. We saw this on the morning of the Starbucks poster. In the course of just a few hours, we were alerted to the ads, developed quick graphics, generated protests, engaged Starbucks and resolved the issue to everyone's satisfaction.”

Several pundits agree it was just a marketing effort gone wrong. Although the swift resolution of the matter must have pleased Armenian-Americans and Americans in general, there was another group that was not pleased: some misinformed Turks.

The news was reported quite differently in Turkey. One report alleged Starbucks branches in Los Angeles had female hostesses dressed in Turkish traditional dress and flags serving coffee, and this is what had angered Armenian-Americans. On Feb. 22, Adana Mayor Huseyin Sozlu had the municipal police hang Turkish flags in Starbucks branches as customers clapped. Sozlu told the press, “As April 24 approaches, the Armenian diaspora will be increasing its attacks on Turkey and the Turkish nation. On the 100th year of the alleged Armenian genocide, they launched an operation to remove the Turkish flag. And here in Adana, we hung up our honorable flag in front of Starbucks branches to retaliate.”

Turks were divided on social media about the appropriate reaction to the episode. One tweeted: “After this point, I suspect the loyalty to Turkey of anyone who steps into a Starbucks.” Others were more cynical. One tweeted: “The mindset is tragic and comical. Those who fail to protect their flag within their own borders are now putting up flags with the police force at Starbucks storefronts.”

Yet, due to the incorrect translation of the news, the majority of the Turkish public, who do not know English, were under the impression that the Armenian-Americans were upset about a Turkish flag.

Some protests turned out to be rather counterproductive. For example, on Feb. 22, several events were held in Turkey and cities around the world to commemorate the Khojaly Massacre of February 1992, when about 160 ethnic Azerbaijani civilians were killed during the Nagorno-Karabakh war. Agos Daily, a Turkish Armenian newspaper, reported on “racist posters in different corners of Turkey.” While the goal was to remember the victims of the horrible events, a group called “Genc Atsizlar,” self-described as “accepting Turkish nationalism in their hearts,” took the idea of commemoration in a different direction. Their hate-filled slogans tacitly accept the Armenian genocide. For example, one of them reads “We celebrate the 100th anniversary of cleansing our country from Armenians. We are proud of our honorable ancestors.” This racist banner was hung in several cities in a perplexing admission of ethnic cleansing and genocide. These protests, unlike others in Turkey, prompted no police reaction, raising questions about the kind of relationship these ultranationalistic groups have with the Turkish state. We cannot help but question: How many people agree with such racist, hateful commentary about the Armenians in Turkey?

Meanwhile, back in Los Angeles, Harut Sassounian, a prominent researcher and publisher of the California Courier, broke the story Feb. 23, reporting, “ANCA-[Western Region] announced that Los Angeles World Airports [LAWA], a wholly-owned entity of the City of Los Angeles, has decided to terminate its contract worth over $845,000 with the Gephardt Group.” This story did not find its way into the Turkish news. Only one online publication, on Feb. 8, announced that the Armenian lobby in the United States is targeting companies that have business links with Turkey. Even in this brief report, credit was given to the meticulous and transparent work of dedicated Armenian-American activists for their cause. The plans of the Turkish government to recover from this important setback for Turkish lobbyists in the United States are unknown.

Whether we agree with the motivations of the Armenian diaspora or not, the victory by Armenian-Americans over the Gephardt Group should be acknowledged as a significant accomplishment. In the short month of February, we have witnessed the Starbucks public relations fiasco, which led to an angry outburst in Turkey, a commemoration ceremony for the Khojaly Massacre, which evolved into a racist platform with counterproductive slogans, followed by a successful campaign to deter businesses lobbying for Turkey.

When we read all these events together, we see that Armenian-Americans form a unified, determined group of activists with clear goals. They are well organized. Their success is the result of years of tenacious efforts. There are significant lessons to be learned from their civilian activism experience — not only for Turks, but for many different groups.