The jihadist attack on the Armenian Syrian town of Kassab has raised more questions about Turkey’s support for Islamic groups fighting in Syria. 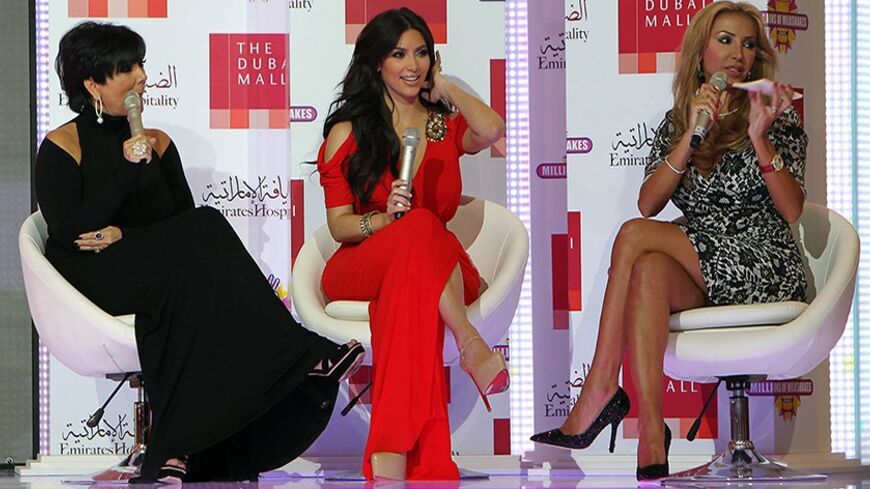 On March 30, Kim Kardashian, an American television personality of Armenian descent, posted two tweets with the hashtag #SaveKessab, which was retweeted over 6,000 times and generated dozens of articles in the English-language press. Another Twitter user commented, “Kim Kardashian is tweeting about #Kassab. [Turkish Prime Minister Recep Tayyip] Erdogan is in trouble now.”

Kardashian’s Kassab tweets were followed by other celebrities, such as the Armenian-American singer Cher. Regardless of how controversial these messages are, we must acknowledge they have reached millions who would otherwise be clueless about the historic Armenian coastal town of Kassab. Located in the northwest of Syria’s beautiful Latakia region, Kassab is a tourist desination situated near the Turkish border.

If you don't know what's going on in Kessab please google it, its heart breaking! As an Armenian, I grew up hearing so many painful stories!

Kassab has seen significant immigration from other towns with large Armenian populations, such as Aleppo and Homs, since the start of Syrian civil war in March 2011. Though comprising only 1% of the Syrian population, Armenians are Syria's seventh-largest ethnic group. The fall of Kassab could be costly for Turkey.

The Armenian diaspora has launched several protest movements all around the world. On March 27, a protest was held in the Armenian city of Yerevan. On March 28, hundreds gathered in front of the Turkish consulate in Los Angeles with "Save Kassab" signs. Harut Sassounian, publisher of the California Courier, told Al-Monitor he was present at the protest. Sassounian added, “I hold the United States, United Kingdom, France, Turkey, Saudi Arabia and Qatar fully responsible for the atrocities committed against Christians and Armenians in Syria, because they are the ones training, arming and supporting the so-called rebels. The civilized world must reject the murderers who are masquerading under the guise of regime change to impose their radical rule in Syria. The Syrian people deserve a democratic government. However, I fear that the foreign fighters who have infiltrated Syria are far more brutal than the Assad regime. I believe that regime change should come through peaceful negotiations, not beheadings and suicide bombings."

Several other protests took place in front of Turkish embassies and consulates from Moscow to Beirut. Yeni Safak covered protests in Sydney, Australia, reporting, “Turks gave an answer to the Armenians.” The news suggested that as the group gathered in front of the consulate with chants of “Turkey get out of Kassab,” it was met by another group of protesters with Turkish flags in their hands. It is a fair, yet sad, observation that the diverse and quaint town of Kassab has brought up centuries-old enmities thousands of miles away.

Different delegations representing the Armenian diaspora have met with US State Department officials, urging them to “take immediate action to end the vicious onslaught on the historically Armenian town of Kassab, Syria, which was overrun by al-Qaeda-affiliated terrorists in an attack launched from Turkey on March 21.” The same day, March 28, State Department Deputy spokesperson Marie Harf spoke on the crisis in Kassab, stating, "We are deeply troubled by recent fighting and violence that is endangering the Armenian community in Kassab, Syria and has forced many to flee.” Several members of Congress have condemned the attacks in Kassab while a petition has been launched to recognize the atrocities occurring in Kassab on the White House website.

The concerns of Armenian-Americans are strongly shared by a small but resilient minority of reporters and citizens, particularly those living in the border towns of Turkey. Although rarely reported in the mainstream media, Turkish people have protested the government’s actions in Syria multiple times. Public-opinion surveys have consistently shown that support by the Turkish public for any military involvement in Syria is low. Even among Justice and Development Party loyalists, only 32% are supportive of such action. It would be fair to assess many Turks as not knowing what really is happening in Kassab as the Twitter and YouTube bans continue.

The same cannot be said for many Armenian-Americans, as many of them have relatives in Kassab and the region. Indeed, the crisis hits close to home for thousands of Angelinos. One of my best students, George Doctorian, happens to be one of them. He told Al-Monitor, “My great-uncle was asleep when he was suddenly awoken at 5 a.m. by the sound of gunshots. His son rushed into the room and told him that their town was under attack. Their neighbor had a car and they quickly jumped in and drove to Latakia. They left everything behind — passports, money, pictures, etc. My great-uncle left without a shirt. Everything they own has been left behind. They have been trying to get new passports and documentation, but it is almost impossible due to the ongoing conflict. My great-uncle believes that if they had waited a little longer to get their paperwork, they surely would not have made it out in time.”

He added, “Our family back in Kassab fears the worst. Churches have been destroyed and there are reports that even the cemeteries have been desecrated. Many reports show that the Turkish government has funded these rebel groups, primarily Jabat al-Nusra, and this is evidenced by the fact that these rebels were able to enter Kassab through the Turkish border."

I hope for Doctorian's commentary to be taken seriously by all parties. He said, “The events that are occurring in Kassab are horrific and should not occur in the 21st century, when the international community stresses the importance of religious freedom and basic human rights. I would, however, caution Armenians to stop using the word 'genocide' when describing the events that are taking place in Kassab. The word 'genocide' entails many requirements [in regard to what] was perpetrated by the Young Turks in the first world war. Using the word 'genocide' [for] the events in Kassab is wrong and does a disservice to our ancestors who went through the genocide."

It is understandable that the younger generations of Armenians fear further persecution of their relatives in Syria. It is also understandable that Armenian youths from different parts of the world yearn to go to Syria to fight in defense of their relatives. With this background analysis, news about Los Angeles gang members going to Syria to take up arms in pro-Assad militias is not surprising.

The Turkish government denies any involvement in the events of Kassab, and Turkish Foreign Minister Ahmet Davutoglu’s statement that Turkey’s door is open to Kassab's Armenians has only further escalated tensions, as Armenian pundits consider Davutoglu’s comments a “mockery of the international community."

Davutoglu has failed to answer the simple question: How did these armed militants enter the town of Kassab, if not through the Turkish border? The alleged leaks from a meeting between Davutoglu and high-level intelligence, military and Foreign Ministry representatives have been interpreted as a Turkish willingness to engage in war with Syria. To top this all off, during his March 30 victory speech, Erdogan declared, “We are in a state of war with Syria.” Since the Turkish government’s pleas for a no-fly zone have not found support in NATO, some in Turkey now ask: With an overwhelming electoral victory, would the Turkish government establish a de facto no-fly zone on its own?

Erdogan is now well-known for his recent obsession with “lobbies.” Although I have doubts about the “robot lobby” and “interest-rate lobby,” I know the Armenian lobby in the United States is real and legitimate. Will Erdogan criticize the Armenian lobby, as well? Most importantly, will the efforts of concerned Armenians and others around the world help deter further escalation of the Syrian civil war and save innocent lives?