Is Bardo attack a sign IS is gaining foothold in Tunisia?

The March 18 terrorist attack that claimed the lives of 23 people heightened fears among the public about the Islamic State presence in Tunisia. 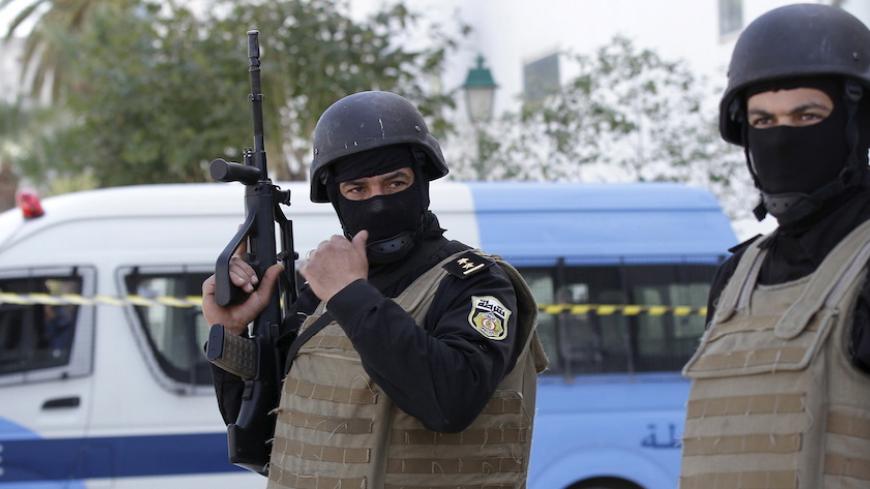 Tunisian policemen stand guard at the entrance of the Bardo National Museum in Tunis, March 19, 2015.

The Islamic State (IS) claimed on March 19 responsibility for an attack by two gunmen in the Bardo neighborhood of Tunisia’s capital. The attack began early March 18 when the gunmen entered a fenced-in complex that holds Tunisia’s parliament and national museum. The gunmen opened fire on a bus of tourists in the parking lot before taking hostages inside the museum.

When the hostage situation ended three hours later, 21 people were dead, including 17 tourists of various nationalities, two Tunisians and both assailants. Over 40 others were injured, some seriously. One tourist and a Tunisian died March 19 as a result of wounds sustained during the attack, bringing the total number of dead to 23. Authorities have arrested four and detained five others in connection with the attacks, according to a statement released by Tunisian President Beji Caid Essebsi.

The attack, the first of its kind in the country’s capital, comes after a month of rising fears related to the emergence of IS in North Africa, in addition to persistent concerns about security along Tunisia’s borders with Libya and Algeria and fears about Tunisians returning home after fighting with IS in Iraq, Syria and Libya.

Despite the dramatic events and IS’ claim of responsibility, however, analysts say that the security situation in Tunisia is no worse now than it was before the attack.

“The threat situation in Tunisia hasn’t changed as much as the perception of threat has changed,” Mathew Herbert, a researcher specializing on security in Tunisia, told Al-Monitor.

Herbert also said that he was skeptical about IS’ claim of responsibility for the attack. “To delay by almost a day seems like an awfully long time,” he said. “I honestly think it’s a propaganda move.”

IS has clear goals that involve conquering and controlling territory, as it has done in Syria, Iraq and now parts of Libya, Herbert added. This attack did not follow that pattern. If IS was trying to gain a foothold in Tunisia, they would likely start in areas where the state is the weakest and try to control territory, instead of pursuing a mass casualty attack in the heart of the country’s capital, he opined.

IS needs a weak state, weak or absent security institutions, plentiful access to weapons, a fertile social platform and general chaos, Mokhtar Ben Nasser, president of the Tunisian Center for Global Security Studies and former spokesman for the Ministry of Defense, told Al-Monitor. “All of those conditions in Tunisia are not gathered together,” he said.

Even if the gunmen embraced IS’ ideology and were inspired by them, that doesn’t mean that IS called for or directed the attack, Herbert said, adding that he has not seen any evidence of financial or tactical support for militant groups in Tunisia from IS.

Ben Nasser said that many militant organizations pledge allegiance to IS or seek to affiliate themselves with the group to create fear, but that doesn’t necessarily mean there are actually links between the groups.

Even before the attack, there were concerns about the security situation in Tunisia. The release of a video on Feb. 15 depicting the beheadings of 21 Egyptians by IS in the Libyan city of Sirte stirred fears that the group would infiltrate Tunisia via the long border between the two countries.

There are estimated to be about 300 IS fighters in the town, according to Moalla Ghazi, an independent analyst on Libyan affairs.

Other than the fighters in Sirte, however, there is very little information about institutional links between militant groups in Libya pledging allegiance to IS leader Abu Bakr al-Baghdadi and the main organization, said Moncef Kartas, a researcher at the Small Arms Survey and Geneva Institute.

Media reports in late February about an IS training camp 45 kilometers (28 miles) away from the Tunisian border, however, further stoked fears related to the group. In addition, a militant attack Feb. 18 that killed four soldiers in the northwest of Tunisia close to the border with Algeria highlighted the country’s struggle to combat domestic militants.

Following the attack, Tunisian authorities arrested about 100 militants they said had been planning attacks against security targets in the country. The Ministry of Interior claimed the militants had a photograph of Baghdadi, linking fears related to domestic militants with the broader threat of IS.

In early March, Tunisian authorities also uncovered two large arms caches in Ben Gardane, a town close to the border with Libya known as a smuggling hub. The caches were notable because of the large amounts of ammunition they contained, Kartas told Al-Monitor. He also said they had likely been in the country for some time because there is a large deployment of Tunisian security forces along the border, and smuggling cartels have an interest in disassociating themselves from terrorism to avoid a crackdown by authorities.

The discovery of the weapons caches, however, highlighted longstanding concerns about the conflict in Libya potentially spilling over the border. As a result, Tunisian authorities have been taking the security situation along the border with Libya very seriously, according to Ben Nasser.

On top of the situation along the border, Tunisian authorities are also concerned about the potential impact of fighters returning to Tunisia from Syria, Iraq and Libya, Kartas said.

According to some estimates, there are as many as 3,000 Tunisians fighting in the ranks of IS abroad. While not all of these individuals pose a threat when they return home, there is the potential for some of them to join or form militant cells in various parts of Tunisia capable of carrying out attacks like the one on the museum, Ben Nasser said.

Before the assault on the museum began, the Ministry of Interior announced on the morning of March 18 the dismantling of four militant cells in Kairouan, a city in Tunisia’s interior.

In the wake of the attack, Essebsi promised to wage “a merciless war against terrorism” in an address to the nation and said that the army would be deployed in Tunisian cities to increase security.

Tunisia’s security forces are already under strain, Kartas said, because they are being called on to counter threats on multiple fronts. “What the attacks have showed us is that Tunisia still has a long way to go until security forces are well prepared to face such threats,” he said.

Still, Herbert did not see militant attacks becoming a common occurrence. “I think it is going to be very, very rare,” he said. “The terrorist threat in Tunisia, even given what happened yesterday, is not severe.” 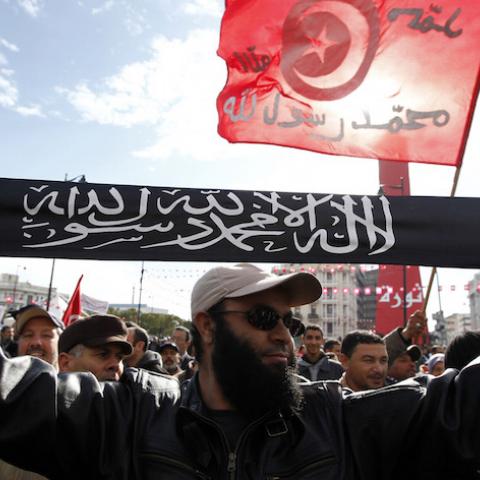 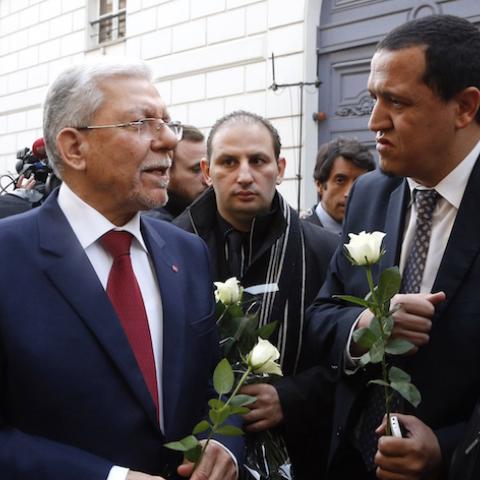 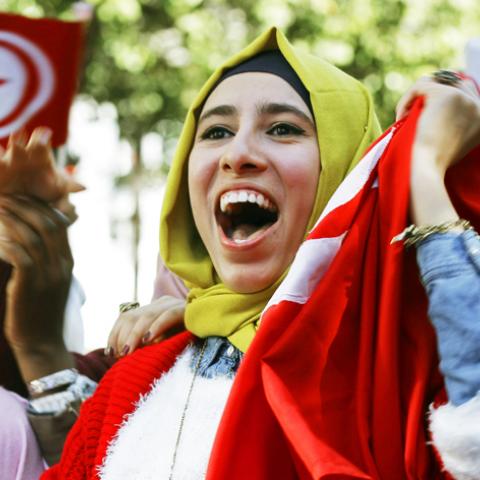