Tunisia frees UN expert but 'battle has only just begun'

Theories abound as to why the Tunisian government has charged Moncef Kartas with espionage, but new information regarding similar charges against his fixer shed light on the true nature of the flimsy case against Kartas. 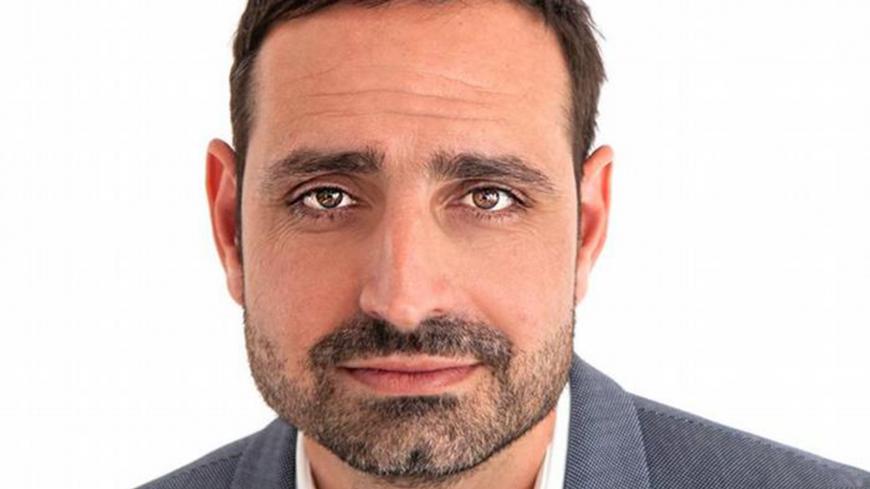 Dual German Tunisian national Moncef Kartas, who was detained by the Tunisian government on espionage charges. Posted May 15, 2019. - Twitter/@NaomiConrad

Tunisian authorities released Moncef Kartas, a top UN expert on illegal arms transfers to Libya, from prison yesterday. Kartas, a dual Tunisian German national, had been held on espionage charges for nearly two months. But Tunisia has not dropped charges against Kartas, according to Sofiene Sliti, a spokesman for the chief prosecutor's office. He will not be permitted to leave the country as the investigation continues into “the unofficial collection of information related to terrorism, which constitutes a dangerous crime,” Sliti said.

Kartas has not issued a statement since being freed from Tunis’ Mornaguia prison, where he had been kept since April 11.

Kartas' lawyer, Sarah Zaafrani, said her client was relieved to have been released from prison, but that the “battle has only just begun.” Zaafrani told Al-Monitor that “Kartas is completely innocent. The case against him needs to be dropped immediately.” Diplomatic pressure from the UN and Germany, she said, played a big part in the authorities' decision to free him. Such pressure “needs to be applied even more vigorously,” she said.

The UN and the German government insist on Kartas’ innocence, even as prosecutors shared evidence they say proves he was engaged in illicit activities targeting Tunisia’s national security. The UN said that Kartas' UN travel document, which he presented upon entering the country, grants him immunity from prosecution under a 1946 UN convention.

The case remains shrouded in secrecy. The only purported evidence against him, as cited in press reports, is a tracking gadget that was found on Kartas. Available online for around $20, the device is used to track airplanes and to monitor which planes have their flight radars deactivated. Planes carrying illegal cargo to Libya deactivate their radars.

The diplomatic furor is unlikely to subside until Kartas is cleared and allowed to leave the country. In the meantime, pundits are wondering why Tunisia, which prides itself on being the sole democracy to emerge from the Arab Spring, would provoke international ire by jailing Kartas without credible proof? Under Tunisia’s anti-terror laws, such crimes are punishable by death. The death penalty was last carried out in 1991.

Sources familiar with Kartas describe him as a pleasant man, a talented professional with unimpeachable integrity. The notion that he might be engaged in any kind of monkey business is utterly laughable, they say.

Wolfram Lacher, a Libya researcher at the German Institute for International and Security Affairs, collaborated with Kartas at the Geneva-based Small Arms Survey. Lacher told Al-Monitor that Kartas was doing “extremely important work” in establishing and collecting evidence of violations of the UN arms embargo. The reasons behind the arrest "have to be purely political," Lacher added.

One theory making the rounds is that the United Arab Emirates, which backs Libyan warlord Khalifa Hifter, pressured Tunisia’s government, led by Prime Minister Youssef Chahed, to jail Kartas. This would ostensibly prevent Kartas from reporting the UAE’s alleged funneling of arms and cash to Hifter, in breach of UN sanctions.

The timing of Kartas’ arrest makes this theory plausible, as it occurred mere days before Hifter launched his offensive on Tripoli, where Libya's internationally recognized Government of National Accord (GNA) sits. But Kartas was also likely investigating allegations that Turkey and Qatar continue to ferry weapons to the Muslim Brotherhood-friendly GNA. Ennahda, a Muslim Brotherhood-oriented party and a partner in Tunisia’s governing coalition, has close ties to Turkey’s President Recep Tayyip Erdogan. But these allegations are not new.

Amid all the geopolitical calculations, one critical aspect of the case has eluded media scrutiny: the public prosecutor’s formal reasoning for its investigation into Kartas under a revamped 2015 counterterrorism and anti-money laundering law.

Sources interviewed by Al-Monitor said Ben Aissa was a driver and fixer who translated and helped arrange interviews for visiting journalists and academics.

Kartas, who did not have full command of Arabic, had employed him as well. It proved to be his undoing.

“Ben Aissa is the reason that Kartas is in this mess,” Zaafrani said. She confirmed today that Ben Aissa, who appeared before prosecutors April 12, is still in prison. Al-Monitor was unable to reach Ben Aissa’s lawyers or relatives for comment.

The bulk of the prosecution’s case is said to rest on incriminating testimony from Ben Aissa. Zaafrani insisted this is “pure lies.”

Ben Aissa identifies himself as “Ayssar Ben Aissa” on social media accounts. He claims to live in Lausanne, Switzerland. His LinkedIn profile says he has served as a “development officer” for the New York-based Clinton Foundation since July 2011. The Clinton Foundation did not respond to Al-Monitor’s request for comment.

It erupted when Kartas realized that Ben Aissa had been secretly approaching his contacts under false pretenses. He first caught wind of the fixer’s alleged charlatanism when a Libyan general texted Kartas, saying he could not make it to their rendezvous in Tunis the next day, Zaafrani said. Kartas was in Berlin at the time and had no plans to meet the man. Ben Aissa had likely set up the appointment for himself.

When Kartas confronted Ben Aissa over his duplicity, the fixer launched a smear campaign against him, spinning a web of lies about Kartas to the Tunisian authorities, according to several sources with knowledge of the affair.

William Lawrence, a former US diplomat who teaches North African history at George Washington University, was among a group of informal mediators working to secure Kartas’ freedom. Lawrence told Al-Monitor he knows both Kartas and Ben Aissa personally. Lawrence described Ben Aissa as “a fixer on steroids, a sociable and ambitious guy who made false claims about himself and who sought to enrich himself in this way. I know for a fact that he was telling lies about Kartas to the Tunisian authorities.”

A copy of a letter shared by Lawrence with Al-Monitor may be linked to Ben Aissa’s rendezvous with the Libyan general.

The Arabic letter, dated Sept. 13, 2018, is from a Libyan official named Mohammad Ali Bashr and addressed to the Strategic Capacity Group, a McLean, VA-based security firm. The letter is on official Libyan government letterhead and bears the stamps of the GNA Ministry of Interior’s anti-human trafficking agency. The Strategic Capacity Group is active in Tunisia and has partnered with the US government to help foreign governments bolster border security.

Bashr writes that he has met with Ben Aissa and refers to plans for “securing the eastern and western borders of Libya in cooperation with the US Department of State.”

Tunisia and Libya are the main routes for undocumented migrants — and jihadis — making their way from Africa to Europe. He invites the representative of the Strategic Capacity Group to meet with him in Libya, “to benefit from your practical and technical experience, which will, without a doubt, contribute to helping us perform our task better.”

Al-Monitor was unable to reach Bashr to verify the authenticity of the letter. But sources familiar with the matter said that the Strategic Capacity Group had been in contact with Ben Aissa.

Strategic Capacity Group did not respond to Al-Monitor’s request for comment.

Lawrence said Ben Aissa passed himself off as a contractor for the US Embassy in Tunis “for all matters related to Libya.”

A spokesperson for the US Embassy in Tunis told Al-Monitor, “Ben Aissa has never been an employee of the US Embassy,” but offered no further information.

Meanwhile, another theory being advanced is that the Tunisian government was using Ben Aissa to frame Kartas to score points domestically, a tactic commonly used by autocratic regimes in the region. Dual nationals like Kartas make convenient scapegoats.

Parliamentary elections are due to be held Oct. 6. Prime Minister Chahed is at war with President Beji Caid Essebsi and his son, Hafedh. A former Essebsi protege, Chahed split from their party, Nidaa Tounes, last year, vowing to stamp out corruption. But Chahed’s attempts to ram through IMF-inspired austerity measures have been met with stiff popular resistance.

Opponents label Chahed, who has formed his own party, as a Western stooge. They describe his stint as a local hire at the US Embassy in Tunis as proof.

Branding Kartas a spy and putting him behind bars might help burnish Chahed’s patriotic credentials. Perhaps tellingly, a pro-Chahed private TV channel, Atessia, aired a debate in which participants enthusiastically endorsed the accusations against Kartas.

But if the government orchestrated the case against Kartas, then why did it also lock up Ben Aissa?

Lawrence offered a possible explanation: “I don’t think Ben Aissa was working for the government. He probably got into trouble with the government, I don’t know exactly for what, but he may have believed that making wild accusations about Kartas would get him off the hook.”