In an interview with Al-Monitor, Pamela Chrabieh, holder of a doctorate in theology-sciences of religion, talks about her passion for work and the steps she has taken throughout her life to change how men view women in the workplace. 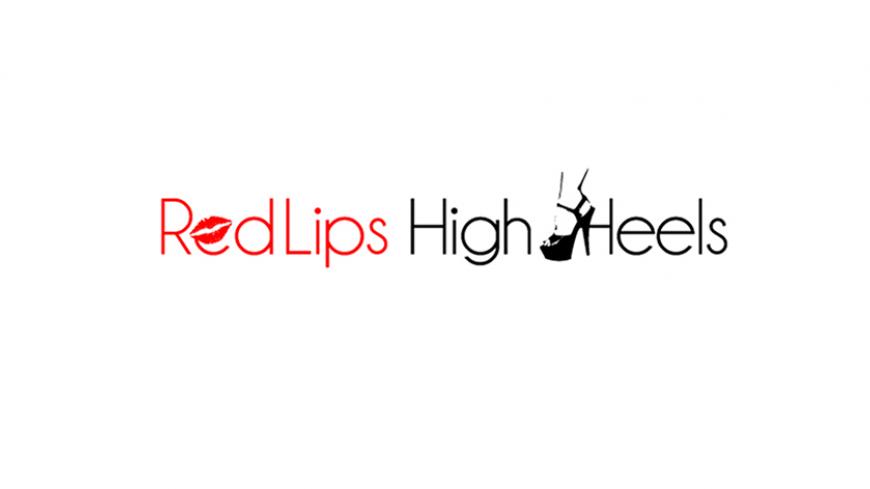 Pamela Chrabieh's blog, Red Lips High Heels, was founded in 2012 and has given voice to diverse individuals across the Middle East in its efforts to deconstruct taboos, prejudices and stereotypes. - redlipshighheels.com

Don't be fooled by Pamela Chrabieh's smile. Behind this charming facade lurks a powerful brain that has permanently left Chrabieh's mark on the women's rights movement in Lebanon and beyond. This Lebanese-Canadian woman grew up in a country at war, leading her to deeply contemplate human rights and the impact of religion on society. Today, she is a professor and researcher in Dubai and an accomplished activist.

Deeply affected by the Lebanese civil war, Chrabieh became a peace activist at 18. Interested in the arts, history and religion, she studied at the Académie Libanaise des Beaux-Arts. Chrabieh then joined her fiance in Montreal, where she completed a master's degree in theology, religions and cultures, with a minor in religious studies, and earned a PhD in theology-sciences of religions, which was followed by two post-doctoral research positions.

Chrabieh told Al-Monitor, “My main interests were and still are relations between religion and politics and sectarianism, youth, war memory and peace building, feminism, art therapy, interreligious-intercultural dialogue and even more.”

Chrabieh has won awards for her social activism, academic excellence and research publications and has been involved in various peace, human rights and women's rights organizations. She taught for a while at the University of Montreal, while also conducting research and publishing books and articles. After blogging on the 2006 Israeli invasion of south Lebanon, Chrabieh and her husband, Nemr Nicolas Badine, moved to Lebanon to start their family. Their daughter, Jana, was born in 2007. Chrabieh then returned to teaching at Saint Joseph University, Notre Dame University and Holy Spirit University of Kaslik, while continuing her research and activism.

One of Chrabieh's accomplishments is the blog Red Lips High Heels, which she started in 2012 and brings together individuals from various ethnic, religious, cultural, socio-economic and political backgrounds. Academicians, lawyers, psychologists, artists, educators, businesswomen and housewives, students, men and women, private and public sector workers, all are welcome to publish on the blog in French, Arabic and English.

Chrabieh said, “It draws people’s attention to the mouth, and subsequently, the voice that comes out of it — a long-oppressed voice that rings loud and clear as it questions ideology and culture, patriarchal beliefs and practices, and demands the social and political rights women lack in most Southwest Asian, Middle Eastern countries.

“Individuals who are part of the Red Lips High Heels movement do not necessarily wear red lipstick and high heels,” she said. “Diversity of feminism and human rights approaches is our motto. We invite people to ‘unlearn’ their traditional knowledge about women and human relations in the Middle East.” She added that the main objectives of this blog and community are to raise awareness and empower through the deconstruction of taboos, prejudices and stereotypes.

Chrabieh further explained, “The blog and Facebook page are spaces where individuals engage in writing, reading and commenting on content from their various perspectives and commitments in order to facilitate dialogue and partnership across differences.” Men are welcome to join the community. According to Chrabieh, “Manhood is not automatically linked to patriarchy, nor womanhood to feminism, and women are not the only ones frustrated by our society’s institutionalized misogyny.”

The idea behind Red Lips High Heels is part of a broader philosophy that Chrabieh applies to her everyday life, including her teaching. She described it to Al-Monitor, stating, “I search to establish a certain unity in the diversity of identities in my classrooms, with my colleagues, in the events I organize or attend and in the books and articles I write and publish.”

Learning and teaching are Chrabieh's way of fighting for a better society. “I chose to study and teach about religions because I was raised in an environment where religion played an important role in shaping mindsets and identities,” she said. “I wanted to understand the role of religions in wars, search for their contributions to peace, deconstruct misconceptions related to religions and then share my passion for the subject with my students. I believe that the extensive study of religions using different approaches helps us have empathy and respect for other people’s views.”

Chrabieh's involvement in feminism deepened when she moved back to Lebanon in 2006 and experienced discrimination simply for being “a woman in the public sphere.” She observed, “Unfortunately, there are no laws to ensure that women are protected from gender-based discrimination in the workplace, for instance, like sexual harassment, withholding promotions, differences in titles and wages for men and women at the same level of seniority and equal responsibilities.”

Pregnancy, hiring practices, clothing and appearance, religion and family are all obstacles preventing women from developing careers. During her years teaching religious sciences and theology in Lebanon, Chrabieh herself has struggled with these issues. She explained, “A woman might not be hired for a position simply because she is a woman, and thus has no intellectual and spiritual capabilities, such as in the management of the sacred or the production and dissemination of religious knowledge, or because the employer believes that women should only take care of their family and household.”

Chrabieh acknowledged her sadness about the situation, saying, "The discrimination towards working women continues, especially when women are highly qualified and have leadership skills.” Regardless, instead of being dejected, Chrabieh always tries to remain strong and face up to the challenges. “I believe that if we want to grow, flourish and bloom, individually and as a nation, we must work through some dirt first and deal with our fears, such as the fear of failure,” she argued. “It’s like riding a bike on the streets of Beirut. It involves tumbles and bruises, but you get back up, if you are still alive, brush yourself off and keep on going.”

In 2013, the SMART Center and Women in Front organization included Chrabieh in their “Women Leaders Directory,” recognizing her feminist advocacy and honoring her as one of the 100 most influential women in Lebanon. In 2014, Chrabieh took a full-time position at the American University in Dubai to teach Middle Eastern studies. She shared that she appreciated “the flourishing cultural scene, the co-existence of hundreds of ethnic and religious identities and the innovations,” but stressed most of all, “Emirati women have achieved immense progress in a few decades, and there are many examples of women holding key positions in public and private institutions.”

Chrabieh further observed, “Discrimination is still found when it comes to the social-cultural system according to local feminist scholars, and there are ongoing debates related to the Personal Status Law, not to mention the multiple roles that women play as mother, wife and career woman. However, many women have been enabled at the political and economic levels, and women’s associations are playing a pivotal role in changing the society’s perception of women and in enhancing their participation in the building and development of society.”