Prime Minister Benjamin Netanyahu’s personality allows him to promise things but not follow through, and at the end of the day, he will always return to his political base on the right. 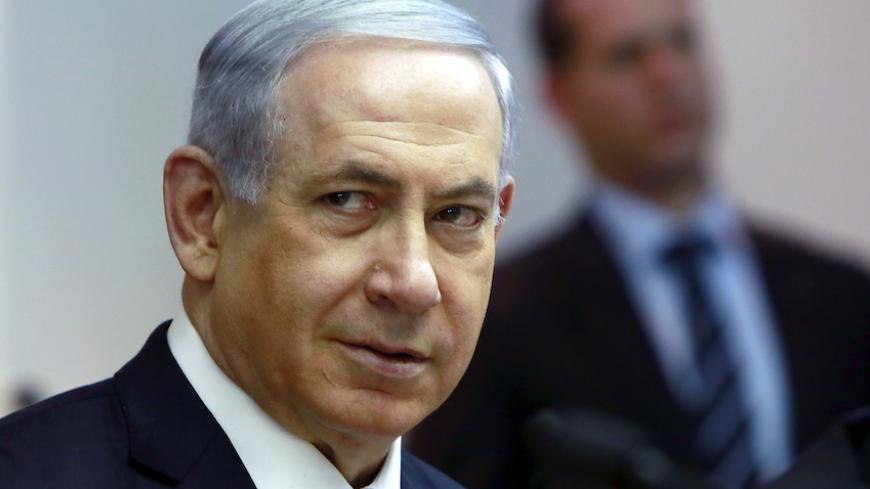 Late last week, Yedioth Ahronoth published a story by journalist Nahum Barnea about what he called Prime Minister Benjamin Netanyahu’s “concession document.” The document that he disclosed was a summary of the covert negotiations that Netanyahu conducted through his confidant, attorney Yitzhak Molcho, with Palestinian President Mahmoud Abbas’ secret representative, Oxford professor Hussein Agha. It included a draft version of a statement of principles between Israel and the Palestinians, in the framework of which Israel would retreat to its 1967 borders (with territorial swaps) and an independent but demilitarized Palestinian state would be created. The document also stated that there would be recognition of the “special ties” that the Palestinian people have to Jerusalem, a solution to the Palestinian refugee problem would be “agreed on” by both parties and the Palestinians would gain a foothold in the Jordan Valley.

As expected, the document spawned a fierce political storm. In these chaotic days, Netanyahu is fighting with whatever strength he has for the votes of his political base on the right. Toward that end, he has veered sharply, so much so in fact that just a few days ago, his campaign announced that his famous Bar Ilan speech, in which he recognized the two-state solution for the very first time, “is no longer relevant.” Now, with this document in Yedioth Ahronoth, the prime minister has been exposed in all his nakedness.

Netanyahu and the Likud vociferously denied the report. At a heavily covered March 9 press conference, Benny Begin (the son of late Prime Minister Menachem Begin), who rejoined the Likud list for the upcoming elections, called Barnea a liar. Netanyahu himself claimed that the document is just a draft prepared by the Americans, one that he was not really planning on accepting. He said that this paper never actually matured into an official document. Jerusalem will never be divided, he declared. The Jordan Valley will remain in our hands, there will be no right of return and in fact, there is nothing to talk about now and no one to talk with.

But the document is genuine. Those negotiations did take place, as first revealed by Amir Tivon of the Walla! website. The details remind me of my own reports during that same term, about a secret agreement that Netanyahu relayed to the Americans and the Europeans about the 1967 lines, as well as his own idea to leave settlements under Palestinian sovereignty upon achieving an agreement.

Furthermore, two days after the story broke, Raviv Drucker of Channel 10 reported that another of Netanyahu’s confidants, ambassador to Washington (now pariah) Ron Dermer, had written a document at the request of the Quartet’s emissary to the Middle East, Tony Blair. In that document, Netanyahu recognized the principle that a Palestinian state must rise on “territory equal in size to the territory that was in Palestinian hands in 1967.”

The second report stoked the fires already raging in Israel. Netanyahu is now fighting for his political life in a desperate battle against his decline. He knows that if he doesn’t come out of these elections with the Likud controlling more seats than the Zionist Camp, there is a chance that he will not form the next government, or that he will be forced to enter into a rotation agreement with Zionist Camp leader Isaac Herzog in which the two men split the term as prime minister. Right now, he is worried about the possibility beginning to show in the polls that the Likud will collapse in the final days leading up to the election, and that he will be defeated by Herzog or even by Yesh Atid leader Yair Lapid. These circumstances leave him squabbling over every available seat on the right. He is forced to engage in the political cannibalization of HaBayit HaYehudi's Naftali Bennett and Yisrael Beitenu's Avigdor Liberman to prove that he is further right than either of them. These most recent reports are dousing his fire with ice water.

The dispute between the facts as they appear in these reports and Netanyahu’s repeated claim that none of this ever happened, that the contacts were unofficial and therefore did not obligate the parties and that the documents themselves were prepared by the Americans misses the main point of the larger story. The real story behind these affairs is Netanyahu’s political personality. Netanyahu has the unique trait of being able to go with while feeling without, clutch the stick simultaneously from both ends, be a wolf in sheep’s clothing — or a sheep in wolf’s clothing — promise something and regret it and say something only to deny it. He has what it takes to be an adept political juggler who skips nimbly from one wedding to the next while maintaining his perpetual bachelorhood.

Here are a few more examples: On two separate occasions, Netanyahu engaged in very detailed covert negotiations with Syria over a possible peace agreement between Israel and Syria, including an Israeli withdrawal from the Golan Heights. The first time was with former President Hafez al-Assad through American Jewish billionaire Ronald Lauder, while the second time was just before the Arab Spring erupted and conducted through other intermediaries. In my opinion, Netanyahu never really meant to withdraw from the Golan Heights. He enjoys the pre-game, but he doesn’t have what it takes to get to the real thing.

Netanyahu also sent President Shimon Peres to engage in detailed diplomatic negotiations with Abbas in 2011, in a series of clandestine meetings. Peres presented Abbas with maps. He went back and forth, receiving Netanyahu’s approval at every stage of the negotiations. At the last minute, however, when Peres was on his way to the Allenby Bridge for a final meeting to summarize the agreements, Netanyahu called him and brought him back to Jerusalem, claiming a few things still needed to be checked. With that, he canceled everything.

Someone who doesn’t know Netanyahu or understand him might conclude that his behavior indicates a split personality. There may be something to that. On the other hand, Netanyahu has acted this way throughout his whole political life. He has always been maneuvering, with one foot here, one foot there. But always, without exception, the journey ends without any results and with him running back in a panic to his political base on the right.

The classic example of this tendency is the Wye River Memorandum, reached during Netanyahu’s first term as prime minister in 1998, after arduous and exhausting negotiations. Netanyahu signed the agreement at Wye Plantation, returned to Israel and started scuttling the agreement that he himself achieved as soon as he stepped off the plane. In the end, the agreement wasn’t implemented at all.

During that same first term in office, when Netanyahu was much younger and more reckless than he is today, he was under constant fire internationally, from the United States (during President Bill Clinton’s second term) and the Europeans. At the same time, whenever Netanyahu visited the capitals of Europe, he received enormous respect, while his press conferences with the local leaders were always successful, optimistic and full of smiles.

Former minister Yossi Beilin, the Israeli prophet of peace and one of the architects of the Oslo Accords, once called the Israeli ambassador in a major Western European capital to ask how all this was possible. After all the criticism that Netanyahu received from the Europeans over the past few months, how could he visit the capital of some country or other and hold such a positive press conference with the local prime minister, the two leaders appearing as partners?

The ambassador, a longtime confidant of Beilin who asked not to be named, responded, “When I sit in the room during the meeting between Netanyahu and the local prime minister, I shut my eyes, and I don't hear Bibi [Netanyahu], but you, Yossi [Beilin]. He speaks just like you. He uses your texts. What he says has nothing to do with the policies that he actually implements.”

That’s exactly what it is. At those meetings between Netanyahu and Peres or some European leader or American official, he goes on and on about the peace that he imagines. He agrees with all the proposals and even adds a few of his own. He is actually convinced that he really means what he says. He would have no problem passing a polygraph test. He lives the character and immerses himself in the role completely. But then, once the meeting is over and the negotiations have come to an end, Netanyahu returns home, where he encounters his core ideology. The sights and sounds from the past — and from the present, for that matter — suddenly start to frighten him.

Netanyahu is the sum of all his fears, whereas Peres, in contrast, is the sum of his hopes. This explains why Netanyahu will always proceed unhindered during secret negotiations, tossing far-reaching concessions in every direction. But at the end of the day, he will always return to the safety of his own castle, isolated and besieged though it may be.