Rouhani adviser denies he called for Iran's return to empire

President Hassan Rouhani's Ethnic and Religious Minorities adviser had called for a union between the countries bordering Iran, to wide criticism in the Arab-language media. 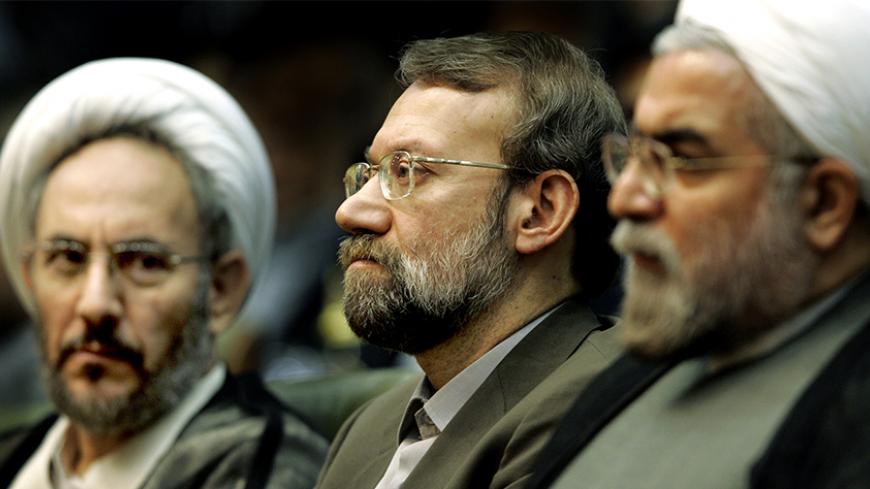 Ali Younesi, President Hassan Rouhani’s adviser on Ethnic and Religious Minorities affairs, has issued a clarification about his comments suggesting a union between regional countries. His words had sparked criticism from the Arab-language media, which construed them as reviving Iran’s ancient empire. A former Iranian vice president who was at the conference also spoke out against Younesi's comments.

Younesi accused Iran’s enemies of creating propaganda by misconstruing his comments at a March 8 conference on Iranian history and culture, saying that he was simply talking about a “historical and cultural unity” between certain countries in the region, including Iran, Tajikistan, Afghanistan and Iraq. He said that his proposal was for a “union” and “does not mean an empire should be reborn,” but rather that the neighbors should cooperate to confront mutual threats. He added that Iran’s official position is that “it respects the national boundaries and territorial integrity of other countries.”

Younesi was specifically criticized for saying, “Currently, Iraq is not only part of our civilizational influence, but it is our identity, culture, center and capital, and this issue is for today and the past. Because Iran and Iraq’s geography and culture are inseparable, either we fight one another or we become one.” He went on, “My meaning is not that we should remove our borders, but that all the countries of the Iranian plateau should become close because our interests and safety are intertwined.”

Younesi’s call for a “natural union” between these countries was not welcomed by Iran’s regional rivals, especially given the sensitivities of Arab countries in the Persian Gulf to Iran’s assistance to Iraqi forces currently battling the Islamic State in former Iraqi President Saddam Hussein’s hometown of Tikrit.

Saudi Arabian-funded Al-Arabiya incorrectly reported that Younesi had said, “Iran today has become an empire like it used to be through history, and its capital is now Baghdad. That is the center of our civilization and our culture and our identity today, as it has been in the past.” CNN Arabic wrote in their headline that Younesi said, “Iran is an empire and its capital is Iraq. We protect the region from Wahhabis, neo-Ottomans and atheists.” Though the first sentence in the CNN Arabic is incorrectly translated, Younessi did say in the March 8 conference that Iran was helping to protect the region from Wahhabi, takfiri, Zionist and Western domination. The Al-Arabiya article was tweeted over 3,000 times and shared on Facebook by over 4,000 people.

Former Iranian Vice President Mohammad Ali Abtahi also criticized Younesi, posting on Facebook immediately after attending the conference, “Now that the Arab countries in the region have reached a relative unity with Israel on fears about Iran, these comments will be construed as the same threatening talk of Ahmadinejad.” He added, “Irrespective of their governments, people have a sensitivity to their land, and this talk provokes people’s sensitivities.”

As Rouhani’s Ethnic and Religious Minorities adviser, Younesi has become known for reaching out to Iran’s Jewish population by laying wreaths at the graves of Jewish Iranians killed in the Iran-Iraq war, taking criticism from conservatives for suggesting Iran revert to its pre-revolution flag bearing the lion and sun and criticizing those who commit human rights violations in Iran. Though he was once minister of intelligence under President Mohammad Khatami, today his position carries no executive weight. But given the tensions between Iran and Arab countries in the Persian Gulf, it’s understandable that these comments would spark a backlash.