The Israeli public has not been convinced by the Zionist Camp's idea of a rotating premiership, which has helped boost Benjamin Netanyahu's changes of re-election. 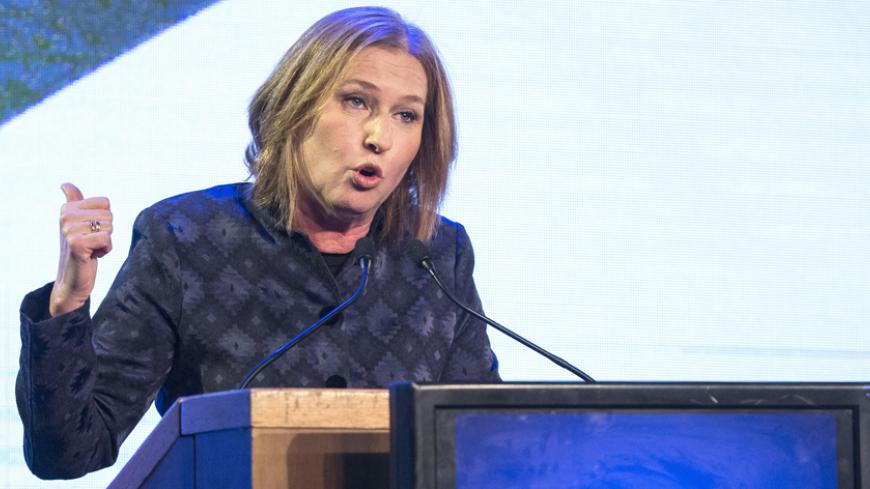 On Feb. 15, the highly respected advertising executive Reuven Adler arrived at the bickering and floundering election headquarters of the Zionist Camp, on Yigal Allon Street in Tel Aviv, in an effort to minimize the damage to the party's flailing campaign. Just one month before the March 17 elections, Adler found a campaign headquarters in crisis. With stagnant polls, personal feuds and incessant leaks, it had lost all direction.

In addition to dealing with these ailments, Adler will have to rebuild the image of Zionist Camp Co-Chairman Isaac Herzog, rebranding him as a strong candidate for the premiership in the contest against Prime Minister Benjamin Netanyahu. Despite the general public's widespread negative sentiments toward Netanyahu, he still leads in all the polls that ask who is best suited to be prime minister, and he leads with a considerable advantage. According to an Israeli TV Channel 10 poll released Feb. 14, 58% of the public believes that Netanyahu will be the next prime minister.

One of the first steps that Adler is expected to take, as early as the next few days, is to abandon the joint campaign that flooded the country a month ago with posters showing Herzog and his fellow Zionist Camp co-chair, Tzipi Livni, together, along with the slogan “It’s us or him.”

This pretentious campaign was the result of the “shared leadership” strategy that brought Herzog and Livni together. The strategy was intended initially to promote a new model of leadership thought to be able to win widespread public support and lead to Netanyahu’s defeat. In its stead, a new, alternative campaign is already being cobbled together, focusing on presenting Herzog as a responsible prime minister. He may not be as charismatic as his rival, but he is still the person who will put the State of Israel back on the right track before everything comes crashing down.

Changing campaign strategies a month before an election poses an enormous challenge, but apparently there isn’t much choice in this instance. The Zionist Camp's campaign is one of the most flawed and struggling ever seen in Israel. Not only did the joint campaign fail to win widespread support, it actually helped Netanyahu recover in the polls while causing enormous harm to Herzog’s chances of becoming Israel’s next prime minister. Furthermore, it has become clear that the rotation agreement, reached at the start of the campaign as a precondition for Livni joining forces with Herzog, has caused Herzog tremendous damage.

To Adler’s credit, it should be noted that he had anticipated such damage well in advance and only heard of the rotation agreement after the fact, from Herzog, while he was still negotiating his own position as potential campaign manager. The rotation agreement was one of the reasons negotiations with Adler broke down, leaving him entirely out of the picture.

Adler had thought that Livni exacerbates all of the weaknesses of Herzog, who from the outset was never perceived by the public as a strong leader. After all, he lacks charisma and a dominant personality. He looks delicate, and his voice lacks gravitas. In Adler’s mind, the very fact that Herzog agreed to a rotation agreement only intensified perceptions of him as a weak, docile individual who succumbs to pressure. Worst of all, it showed him as someone aware of his weakness. By agreeing to a rotation to bring Livni onboard, he was effectively saying to the public, “I can’t bear the heavy burden of leading the country on my own and need help.”

As mentioned, Adler was left out of this discussion, and an enthusiastic Herzog-Livni campaign soon hit the streets. Herzog's Labor Party remained silent as long as the polls showed the Zionist Camp with a slight advantage over the Likud. It turned out, however, that the public wasn’t won over by the shared leadership model. The joint campaign actually helped Netanyahu position himself as the leading candidate for prime minister even though the Israeli public is tired of him after six years at the country’s helm.

There is a simple but logical reason for this. The public wants a single address from which to lead a country at risk. It wants someone with a knife between his teeth, not someone who admits that he needs help. Herzog may have put his ego in check, as he likes to say, but in doing so he lost points in the “leader” category. It is hard to imagine previous prime ministers, for instance, Ehud Barak or Yitzhak Rabin, surrendering to the kind of demand Herzog did.

That wasn’t the campaign’s only weakness. In time, it became apparent that there were negative sentiments toward Livni herself, in part because she had been in four different parties during the past few years. Her lack of self-awareness during her rather arrogant performance on the satirical show "Matzav HaUma" ("State of the Nation"), during which she lashed out dismissively at the prime minister, only exacerbated the situation.

The result was that by joining forces with Labor, Livni may have won the party a few seats, but that effect is limited in scope. Yet, even now, Herzog is convinced that if he hadn’t succumbed to Livni’s demand for a rotating premiership, she would not have joined him. Quite possibly, she might have joined forces with Yesh Atid leader Yair Lapid.

Senior campaign officials say that in internal meetings, Livni refuses to accept this criticism. On the contrary, she has been quite adamant that the opposite is true, and that she is actually bringing the Zionist Camp voters from the moderate right. So far, however, the polls do not show voters shifting allegiances among the camps. The organization actually paying the price for the Zionist Camp’s rise in the polls is the Meretz Party, which has gradually lost seats to the Herzog-Livni camp. Political pundits estimate that the chances of Herzog forming a government are progressively dwindling due to the structural advantage of the right-wing bloc.

Sources who met with Adler Feb. 15 said that he arrived at party headquarters in good spirits and held a series of meetings and sessions with the existing work teams. That evening, however, it was evident that the issues of leaks and internal feuding still raged. Israeli TV Channel 2 reported in detail on how the campaign headquarters was wasting millions of shekels and how some Knesset members were employing family members at huge salaries. It was also revealed that because of conflicting egos, the party had established two headquarters.

We will increasingly be seeing Herzog on his own over the next few days. He will take center stage, with Livni becoming less visible at his side. At the same time, Adler is formulating quite an aggressive campaign against Netanyahu. Senior members of the party’s joint staff think that it won’t be easy for Livni to take a step back and clear the stage for Herzog. On the other hand, if the final decision is left up to Adler, she won’t have much choice.