Zarif: some in Iran don’t want sanctions to end

Iran’s foreign minister has accused groups inside and outside the country of opposing a nuclear deal. 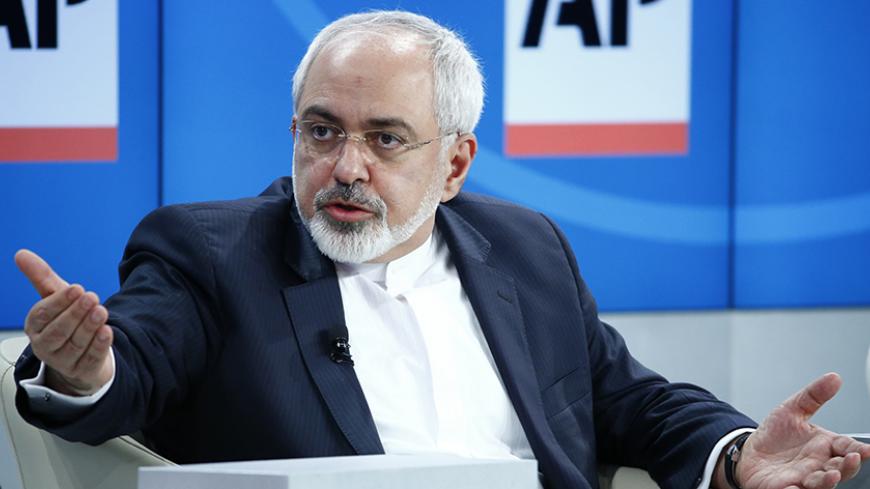 Iran’s foreign minister and top nuclear negotiator Mohammad Javad Zarif has accused unnamed parties in Iran of not wanting to see the international sanctions against the country end.

Zarif is in Nairobi meeting with Iranian businessmen to expand Iran's economic ties in Africa. At the working breakfast, Zarif said, “At the Foreign Ministry and other levels of government, there is special attention paid and specific mechanisms toward cooperation with Africa.” He said that the administration takes strengthening economic, health and scientific ties with Africa “deeply and seriously.”

However, in a dig at the previous administration of President Mahmoud Ahmadinejad, he added, “We have to recognize the problems from previous eras and remove obstacles.” Zarif continued, “Unfortunately, some inside the country and some outside are in a group that is opposed to the end of sanctions and see the continuation of sanctions as to their benefit. Unfortunately, in some instances, people have confused the principle of sanctions with the effect of sanctions.”

He said that the issue of sanctions “needs expert discussion and review … so that unrealistic and illegal barriers are removed.” Zarif did not mention any individuals or groups by name.

Iran has been forced to circumvent international sanctions by individual countries and UN resolutions to sell its oil, outsourcing this task to various individuals. The most notable and perhaps notorious case is that of former billionaire Babak Zanjani, who is now in prison.

Zanjani had connections to businesses and banks overseas that helped Iran get around financial sanctions. The flamboyant businessman, who touted his hotels and airline on his Facebook page and once conducted a somewhat surreal interview with BBC Persian, was accused of withholding $2 billion from oil sales in his private bank accounts overseas. Zanjani claimed that he had been tasked with selling oil and was just doing his job, and said the money had been blocked.

Iran’s Oil Minister Bijan Zanganeh was one of the first to publicly accuse Zanjani of embezzlement. In August 2014, Zanganeh gave an interview in which he said that Zanjani “wasn’t alone”. He accused of the former head of the Central Bank and a number of Ahmadinejad’s ministers of granting Zanjani Oil Ministry loans that were subsequently not deposited.

At a press conference in Nairobi, Zarif said that the five permanent members of the UN Security Council plus Germany (P5+1), which is talks with Iran to resolve the nuclear crisis, “has reached the conclusion that the best and only path to resolve Iran’s nuclear issue is a nuclear agreement.” He added, “Those who do not want an agreement become obstacles to achieving this agreement, but they need to understand the current reality.”

When President Hassan Rouhani took office in June 2013, he tasked Zarif, his former negotiating partner, with conducting negotiations with the P5+1, believing that reaching a nuclear deal and lifting international sanctions would allow his administration to engage with regional and Western countries and end Iran's isolation.