In a recent interview, a senior commander explaimed that Iran’s Revolutionary Guard became involved in the oil industry to help the country manage under international sanctions. 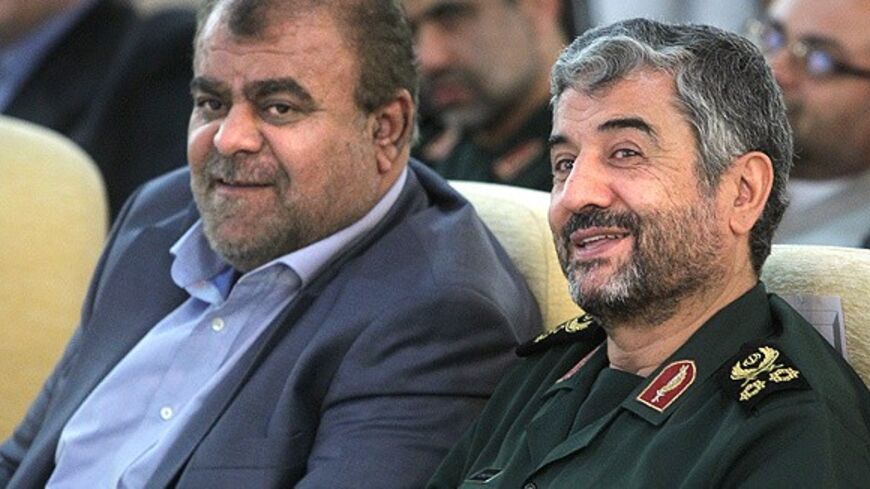 A senior commander in Iran’s Revolutionary Guard has defended the body's entrance into the oil industry, saying that without it, the country would not have been able to manage under international sanctions.

Col. Rasool Sanaeirad, head of the political office of the Islamic Revolutionary Guard Corps (IRGC or Sepah), told Basirat, “We are in a situation of economic war and Sepah … has additional capacity for the realization of a resistance economy and to help the executive [branch] and the system.”

“Just as before this,” he continued, “Sepah had an added role in decreasing the effects of sanctions with a presence in the construction field. If Sepah had not entered fields such as the oil industry, foreign companies could have inflicted irrecoverable blows to our oil industry and our economic activities.”

Sanaeirad did not explain the specifics of how Sepah’s activities in the oil sector helped reduce the pressure of international sanctions.

In 2011, former President Mahmoud Ahmadinejad had appointed Sepah Brig.-Gen. Rostam Ghassemi as oil minister. ‌Before the appointment, Ghassemi was the president of Sepah’s Khatam al-Anbia engineering firm, one of the largest conglomerates in Iran in charge of large-scale industrial projects, among other business enterprises.

Since President Hassan Rouhani took office, Sepah officials have expressed their willingness to help the president in Iran’s resistance economy, a term coined by Supreme Leader Ayatollah Ali Khamenei to indicate a focus on the domestic economy and non-oil exports.

One of the responsibilities of Rouhani’s appointed Oil Minister Bijan Namdar Zanganeh has been to address some of the outstanding debt to the ministry and fight corruption. Babak Zanjani, a high-profile businessman who claimed to be worth nearly $14 billion, was one of the individuals tasked with helping Iran evade sanctions by transferring money from oil sales through banks in southeast Asia. Zanganeh at one time claimed that Zanjani owed the ministry approximately $2 billion. Zanjani is currently serving time in Evin prison.

Sanaeirad lamented, “For five years, Ayatollah Khamenei’s slogan has focused on the economy, but many times because of political fighting or neglect, it has been lost.” He also linked Iran’s economic situation with its cultural preferences, criticizing the fact that Iran is a consumer country while its production continues to remain low.

To address the country’s economic problems, Sanaeirad believes that there needs to be a call for a “national commitment” similar to the Iran-Iraq war, which had “the people’s participation.” He said that “normal methods” would not fix Iran’s current economic problems and suggested that Iran has a very strong Basij force that can be dispatched in various capacities to assist in economic endeavors. However, he warned, “First, before anything else, the officials must believe there is an economic war, a necessity for persistence and [need] to defend independence.”