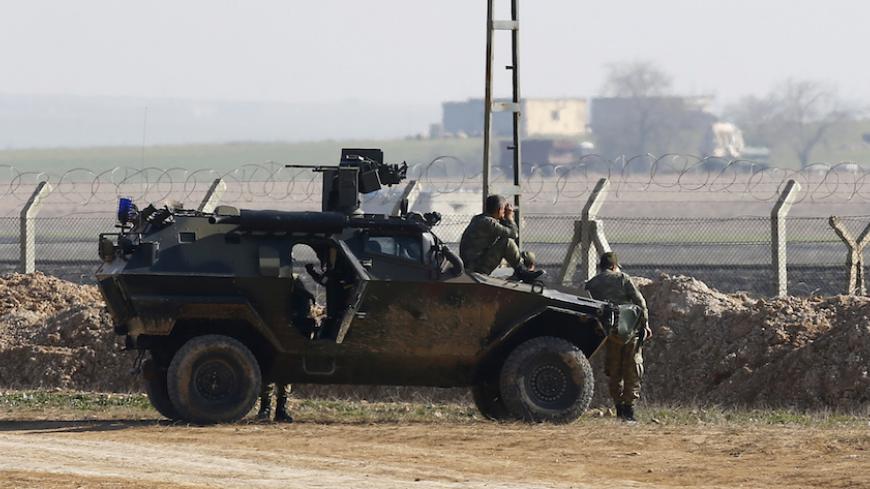 It was in August 2011 when the general in charge of media and public relations in the headquarters of the Turkish Chief of Staff roared: “I don’t care how you do it. You can call or write to Twitter but my order is clear. Those tweets must be removed.”

The project officer was taken aback. First, he thought of explaining how Twitter is part of social media, how difficult it would be to argue with it and how Twitter advocates a free debate platform and was not likely to comply. But he thought better of it, responded with regulatory “Sir, yes, sir,” and left the room.

Thus began the saga of the project officer. He found out Twitter did not have a phone number for complaints and did not have an office in Turkey. He sent four emails to the Twitter Help Center, which were all rejected. A week later, the same general summoned the officer again and asked whether his order was implemented. The young officer tried to explain all he did but the general was clearly not pleased. The project officer concluded: “Sir, this social media is a brand-new world for us soldiers. Sadly, things don’t move on orders in that world.”

I was that project officer. Not only the Turkish army but modern, highly disciplined and strictly hierarchical armies of the world have yet to fully understand what social media is all about. They are trying to make up their minds whether social media is a threat or an opportunity.

If you had asked me whether the Turkish army’s social media relationship is one of love or hate, I would have categorically said, “A hate relationship for the time being.” If you ask Turkish generals what has been their worst headache over the last four to five years, they would have pointed to social media. The real problem of the Turkish military was Twitter accounts such as TSK_kulis, @GATA_kulis, @superdenizciler and @bulutalti. Some of them are no longer active.

With links provided by these accounts, one could see on YouTube and Dailymotion visuals and PowerPoint files on the private lives of Turkey's military personnel, the bad behavior and claims of their ill discipline. With these social media accounts incredible charges on marital infidelity, abuse of authority, ethical weakness and ideological discrimination about hundreds of officers and noncommissioned officers (NCOs) were shared widely. Some say that all this content is manufactured and that there is a superior strategic brain behind it all.

These people insist that to discredit the Turkish army in the eyes of the people and to form an anti-military public perception, these social media accounts were being leaked by US-based Gulenists who have penetrated the military, then further embellished by an external committee and put on social media.

The Turkish high command took these social media messages seriously between 2009 and 2012. Many officers and NCOs whose names were mentioned in those messages were investigated only because their names appeared. They were denied promotions and all were collectively treated as criminals without a determination having been made as to who was truly involved or not.

A retired officer who once worked in the communications office of the Chief of Staff but did not want to be named told Al-Monitor, “This was a true witch hunt that showed how unprepared the Turkish army was for social media. Generals believed everything they read. Every claim in social media for them was a fact and any name mentioned was guilty." He added, "Yes, there may be some guilty ones among them, but many officers and NCOs were unfairly victimized."

Such unfair, unjust treatment at times had tragic results. In a video posted in January 2010 under the title "Forbidden love story in the navy,” photos that gave the impression the wife of navy Capt. B.E. was having a fling with another officer were circulated. The Turkish military immediately launched an investigation into B.E. Deeply offended, B.E. committed suicide a week later.

Relatives of the dead colonel said that because Twitter refused to give out data about the account holder who spread the rumor, they could not determine the culprits and take them to court.

But the retired officer said, “Generals are slowly understanding what social media means and learn not to take every word shared as the gospel. Yes, now they are careful but still not very clear about it all.”

Another aspect of social media that bothers the generals is the way lower-ranking NCOs and specialist sergeants effectively make use of social media to make themselves heard, especially in personnel affairs. Upper echelons of the military are seriously disturbed by what they see as social media’s infringement on military discipline and hierarchy.

Although the Turkish military seem to have overcome the initial social media trauma of 2009-12, it still seems to consider social media as a threat. In a recent speech, the chief of General Staff, Gen. Necdet Ozel, was quoted as saying the countries now face, instead of military threats, Internet-sourced manipulations that could have serious consequences.

It is therefore not surprising that the Turkish high command does not tolerate personnel who share photos and contents in social media. For instance, under a new amendment to the military penal code, a soldier who appears uniformed in a picture can be sentenced to a prison term of three months to two years.

Military personnel who spoke to Al-Monitor, as usual on condition of anonymity, said the high command has sent out orders to all units not to share content on social media platforms. Doing so would be punishable as disobedience.

A recent report states that a specialist sergeant who used Facebook to insult his company commander who denied him leave was punished with a three-month prison term by military court on charges of insulting a superior.

But then there is the other side of the coin. Social media is a priceless opportunity to reach young males ages 18-25 who meet most of the personnel needs of the Turkish military. An expert noted that the military, which has taken major steps to become a fully professional army, has to use social media effectively to meet its needs for officers, NCOs and professional specialist privates.

Of course, another major benefit of social media would be to use the social media to improve its institutional image, which seems to have lost its glitter of late in Turkish public opinion.

The Chief of Staff’s headquarters last year set up a unit within its Department of Press and Public Relations to regulate its social media affairs. Military officials are now pondering whether they should start their own official Twitter, Facebook and YouTube accounts.

It may only take a couple of minutes for someone to open an account on any of these platforms, but the Turkish military prefers to think longer about it.