Turkish noncommissioned officers are standing up to the high military command for their rights — and they appear to be winning. 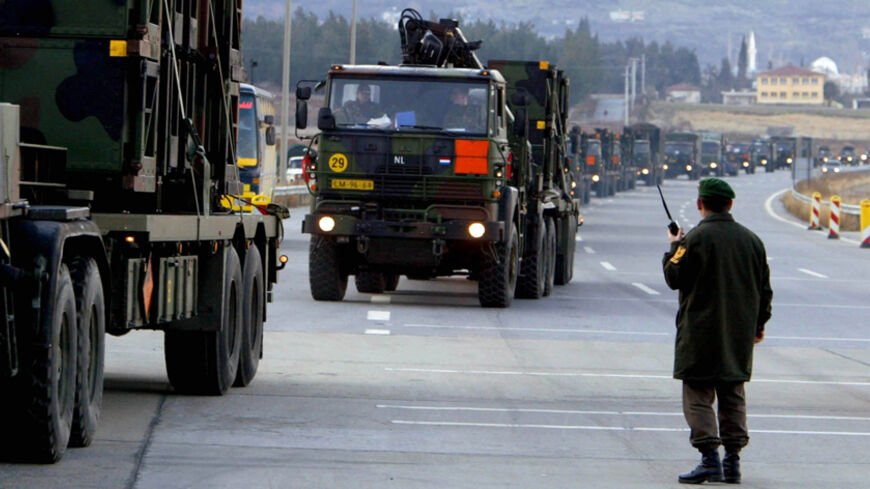 Nowadays, Turkey usually makes headlines with reports of authoritarian trends, but from time to time, civil society shows its prowess. One interesting example is the two-year power struggle between the Turkish Armed Forces (TSK) — known as Turkey's most rigid, disciplined and hierarchical body — and the noncommissioned officers serving in its branches. Who is winning?

Today, 96,228 noncommissioned officers (NCOs) serve in the TSK's land, navy, air and gendarmerie forces, in addition to 100,000 retired NCOs. When you think of the serving and retired NCOs and their families you are talking of a mass of about 800,000 people. NCOs are intermediary leaders who serve as a bridge between the conscripts and officers. Technical and maintenance personnel and logistics experts are all NCOs. NCOs like to describe themselves as follows: “Take the NCOs out, and the battalion will starve, planes won’t fly, ships won’t sail and tanks will break down.”

The tension between generals in the upper echelons of the TSK and the NCOs first became public in 2012 and centered on two main issues: first, the personnel rights of serving NCOs, their status in the TSK and claims that NCOs are discriminated against and treated unfairly; and second, retired NCOs' complaints of low pensions. In 2012, the public and the media began to notice that the NCOs were engaged in unconventional protest actions that were unheard of in the Turkish military. The Association of Retired NCOs of Turkey (TEMAD), a nongovernmental organization, organized the protest actions and became the voice of the NCOs.

What did the NCOs want? As stated above, service members pointed to status problems and called for an end to unfair treatment. For example, they were unhappy that their rank was displayed on their arms and not on their shoulders like officers, and that there were variations in campaign ribbons and badges. Furthermore, NCOs complained of a lack of family living quarters, and of tougher and longer working conditions with lower compensation when compared with officers.

Retired NCOs had financial complaints. When in service, an NCO is paid $1,600 monthly and, when retired, receives a $900 monthly pension. NCOs say that they still must work after retirement and that they struggle to make ends meet, even after toiling in state service for 30 years.

NCOs represented by TEMAD engaged in unusual forms of protest, including a two-week fast by TEMAD officials against discrimination and injustice. One retired NCO walked 600 kilometers (372 miles) to protest injustice. NCOs wear black on certain days of the month, demonstrate in front of parliament and appear on TV talks shows. Nobody expected Turkish soldiers to resort to such actions, but their protests worked and attracted attention.

How did the TSK react to these unexpected protests? The command’s response underwent three distinct phases.

In the beginning, TSK command did not pay much attention to the actions and did not start a dialogue. During this "strategic silence phase," the TSK believed that ignoring the criticism would make it go away.

But, when the number of complaints increased and started to affect public opinion, the TSK initiated a second phase, which is best described as "denial and counterattacks." In May 2012, the chief of general staff issued a strong statement criticizing NCO actions. He accused TEMAD of trying to undermine the hierarchy and discipline of the military, and of provoking NCOs to disobey their commanders. He declared that the high command strongly condemns such actions, which could be labeled treason. In short, the Turkish command saw NCO rights as a pretext to harm the TSK hierarchy.

The TSK stuck to this tough line for about a year, but complaints and actions did not diminish and the media did not lose interest. In mid-2013, the TSK made a U-turn, softening its tough line and initiating a dialogue process. The TSK contacted TEMAD and invited several TEMAD leaders to chief of staff headquarters for discussions. Several reform moves followed to improve the personnel rights and status of the NCOs. The most important reform was the establishment of offices to deal with the NCOs. In this system, NCOs were assigned to represent the chief of staff and report directly to branch force commanders. These ombudsman-style NCOs tour all the units and meet with NCOs to listen to grievances and take note of their proposals.

The TSK also took steps to design NCO uniforms with their ranks on their shoulders, like the officers. Improvements were introduced to foreign assignments, opportunities for graduate studies, compensation and social benefits.

The TSK, which had denied all NCO problems two years prior, organized a February 2014 NCO seminar at chief of staff headquarters in Ankara, submitting a report on the seminar to the chief of staff. In June 2014, an international symposium of senior NCOs was held.

Journalist Balcicek Ilter's December 2013 interview with Deputy Chief of General Staff Gen. Yasar Guler points to the TSK's developing view of the NCO issue. Ilter asked, “Are the NCOs justified in their demands?” Guler replied, “I can neither say they are justified or they are not.” Guler said that the high command understands the problems of the NCOs and agreed with most of them. Guler's following remarks attracted attention: "Can the status of a worker serving tea in an institution be the same with the general manager of the place? There is always a hierarchical order. In this hierarchy, if someone abuses his duty we take action and investigate. All investigations are made seriously. It is not like old times. Today, everyone in the military can demand his rights."

The two-year power struggle between the Turkish military and its NCOs has resulted in the TSK’s unexpected retreat and acknowledgment of the problems. There is certainly a lesson to learn: Even the most rigid institutions of the state sometimes cannot resist societal pressure, and the institutions find themselves revising their attitudes and practices.