The controversy around Turkish military intrusion into Syria to remove the alleged sanctuary of Suleiman Shah continues. 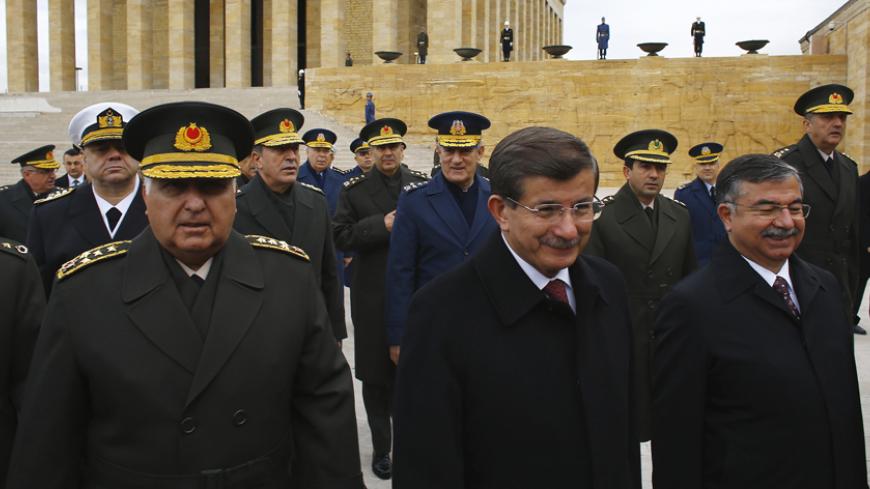 The controversy around Turkish military intrusion into Syria to remove the alleged sanctuary of Suleiman Shah, the grandfather of the founder of the Ottoman Empire continues. The 8,797-square-meter (94,690-square-foot) piece of land that the tomb was constructed on is considered as Turkish national territory according to the Turco-French Treaty of 1921 and the Treaty of Lausanne of 1923, the legal basis of the Republic of Turkey, also an international law document of historical importance.

Thus, the removal of Suleiman Shah’s tomb triggered unprecedented polemics between nationalists of the opposition Nationalist Action Party (MHP) and the president, prime minister and chief of staff the Turkish Armed Forces. The chairman of the MHP, Devlet Bahceli, uncharacteristically directed his criticism at the military establishment, particularly Gen. Necdet Ozer, indicating the chief of staff was being subservient to the ruling party and had no notion of what “motherland” meant.

The MHP leadership has escalated its polemics by criticizing the Shah Euphrates Operation as a “shameful rout” of “deserting sacred national territory.” The nationalists see the evacuation of the Tomb of Suleiman Shah as a “sellout” of the land of the nation.

Former President Abdullah Gul entered the squabble over the Shah Euphrates Operation. He said that he had previously pointed out the difficulty of defending the tomb and that since the chaos in Syria will not end for a long time to come, the decision to evacuate was justified. He added that it is not appropriate to claim that the land is lost and regretted that due to the tense political atmosphere in Turkey, there was no "national unity" on the issue.

The polemics cannot conceal the important questions that came up in the aftermath of the operation.

One is the validity of “strategic thinking” of Prime Minister Ahmet Davutoglu. The new and ambitious Turkish policy on the Middle East had its roots in his widely acclaimed book, “Strategic Depth,” which had over 100 reprints after Davutoglu became a worldwide name.

He was the architect of the foreign policy of the Justice and Development Party (AKP) claiming “regional power” status for Turkey and going even further by trying to act as the “spokesman of Islamic civilization.” However, if a country is obliged to withdraw from its “legal national territory” only 33 kilometers (20.5 miles) away from its borders under the security threat of the Islamic State (IS), its claim to be a “regional power” is open to debate.

Davutoglu warned after the Shah Euphrates Operation that “nobody should test Turkey’s resolve and strength.” The response came instantly from main opposition CHP deputy Osman Koruturk, a former ambassador and the son of a former president of the Republic. He said, “Turkey’s resolve was already tested by [IS] and as a result, Turkey relinquished its national territory and withdrew.”

It did withdraw, but declared that the withdrawal is “temporary.” So, a new and a temporary venue was found for the Suleiman Shah tomb within Syrian territory. The new and the so-called temporary venue of the tomb is only 180 meters (590 feet) from the railroad that makes up the frontier line between Turkey and Syria and is right across from a Turkish sentry post.

Naturally, one could rightly interpret that Turkey’s “strategic depth” is no deeper than merely 180 meters across its borders, since it could not stand against the IS threat only 33 kilometers away.

The temporary new location is also controversial because it turned out that it is the private property of a Syrian Kurdish refugee in Turkey and Turkish authorities did not bother to seek his permission to occupy his land.

The irregularity of the situation aside, there are at least two relevant questions on the choice of the new, temporary location for the tomb.

The FSA is strongly supported by Turkey and some FSA units control swaths of Syrian territory adjacent to 910-kilometer (565-mile) border between the two countries.

The choice for the temporary site of the tomb is a Syrian Kurdish-controlled area where the flags of the Democratic Union Party (PYD) and the People's Protection Units (YPG), as well as a huge portrait of Abdullah Ocalan, the jailed Kurdistan Workers Party (PKK) leader in Turkey, are visible from the Turkish side of the border.

Some tend to see such a choice as opening a new page of cooperation between Ankara and the Syrian Kurds affiliated with PKK. However, thought of in terms of what President Recep Tayyip Erdogan said less than a month ago — that Turkey under no condition will allow the repetition of the situation in northern Iraq in northern Syria, that is a Kurdish self-rule next to its borders — the choice can be seen as a Turkish “strategic” move to prevent the Kobani canton of the PYD from linking with the Afrin canton farther west to provide a geographic continuity for eventual Kurdish self-rule.

From Kobani to Afrin westward, at Jarablus and north of Aleppo, there is IS and Jabhat al-Nusra control, blocking Kurdish geographic continuity. Now, Turks are also penetrating into Syrian territory that could further rule out that link.

From Kobani canton to Jazeera canton eastward, there is also ISIS control on the frontier with Turkey at Tell Abyad, a district of Raqqa farther south, which is considered as the IS capital in Syria at the moment.

Therefore, the Turkish choice in removing the Tomb of Suleiman Shah is seen within the context of future Turkish-Kurdish relations as much as the ruling AKP’s position against IS, which still is a puzzle.

There are a number of valid and legitimate questions about the “real intent” and “strategic significance” of the Shah Euphrates Operation.

As long as convincing answers are not provided, Shah Euphrates may be judged as Turkey’s “strategic rout” in the face of IS with a “Kurdish dimension” as well.