The Turkish government’s narrative of a “New Turkey” facing counterrevolutionary “internal enemies” is hardly different from the Kemalist narrative that Turkey’s Islamists resisted for decades. 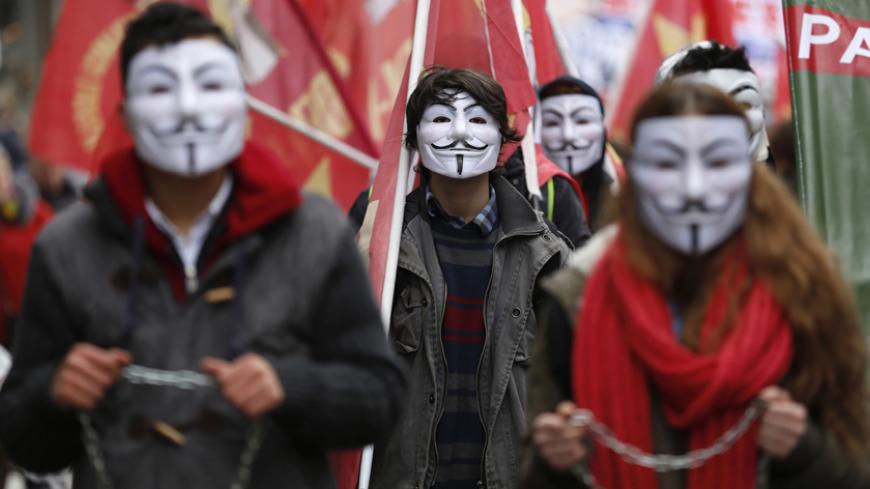 Turkey’s ruling Justice and Development Party (AKP) has been busy lately boasting of the difference between the “New Turkey” it claims to have built and the “Old Turkey” left behind. This narrative tells us that we Turks have overcome a past of utter darkness, leaving all evil behind, and have opened up to bright horizons with all good ahead of us.

A sharp eye, however, would instead discern that the “New Turkey” is in fact a continuation of the “Old Turkey” in many aspects. So much so that even the big bugaboo of the “Old Turkey” — “the reactionary threat” — continues to exist today, even if with different names.

Let’s recall first what the “reactionary” threat was. In the Old Turkey, the term signified those who wanted to reverse the Kemalist revolution that put its mark on the second quarter of the 20th century. Accordingly, Ataturk had made a “progressive” leap by dismantling the Islamic Ottoman Empire and replacing it with the secular Republic of Turkey. So the “reactionary forces” were those who resisted this great achievement and longed for the old dark days.

But why did the “reactionary forces” emerge? An objective observer could have given the following answer: “They emerged because the sweeping changes the Kemalist revolution brought about in Turkey threatened the interests and values of certain segments. Those people felt marginalized, humiliated and ostracized. Hence, it was only natural for them to long for the pre-Kemalist era.”

But Kemalism refused to answer the question in this way, because it would have amounted to an acknowledgement of its failure to create a pluralist and liberal order. Hence, Kemalism opted for something else: demonizing the “reactionary forces.”

The demonizing campaign rested on two key arguments. According to the first one, the “reactionary forces” had very sinister vested interests before the Kemalist revolution, like the sheikhs of religious orders who exploited the “ignorant people” for centuries. The regime spread this propaganda through its official mouthpieces and popularized it through artistic works. In 1931, for instance, a theater play called the “The Kadi of Aynaroz” portrayed Ottoman-era clergy as corrupt charlatans.

The second and even more scathing argument claimed the “reactionary forces” were in the service of “foreign powers.” This propaganda was put into use in the aftermath of the Sheikh Said rebellion in 1925. Sheikh Said, a Kurdish Islamist, had in fact started the rebellion in reaction to the new regime’s secular and nationalist Turkish character. But the Kemalist regime branded him a “British agent” and made this baseless claim a national doctrine, enshrining it even in schoolbooks.

In the ensuing decades, “foreign powers” were always found lurking behind the “reactionary forces.” Iran and Saudi Arabia were the usual suspects. When conservative Turks turned their faces to the European Union — first during the era of the late Turgut Ozal from 1983 to 1993 and then under AKP rule since 2002 — the term "Western imperialism" was also put into use. Throughout the 1990s and 2000s, hard-core Kemalists argued that “imperialism” was behind the “reactionary” forces. For them, the AKP was nothing more than the puppet of the United States’ fictional “moderate Islam project.”

The combination of those two demonizing narratives made for powerful propaganda. Here was the Kemalist revolution pursuing a strong, independent and enlightened Turkey pitted against “traitors” resisting the revolution only for their own dirty interests and serving as agents to “foreign forces.”

So, that was the dominant rhetoric of the Old Turkey.

And what about the New Turkey?

Hardly anything has changed. The rulers of the New Turkey, too, claim to be carrying out a glorious revolution to build a strong, independent and enlightened Turkey. They, too, accuse the circles in society who resist their revolution of “seeking to go back to the Old Turkey,” in other words of being “reactionary.” The propaganda employed to demonize the new “reactionary forces” is also familiar: Those “reactionary forces” had sinister vested interests in the Old Turkey and they are “traitors” who serve “foreign powers.”

The key reality Erdogan refuses to see is that the supporters of the “New Turkey” are not “the nation,” as he claims, but only his own electorate who make up roughly half of the nation. The other half is suspicious of this “New Turkey.” They perhaps really long for some elements of the “Old Turkey” or look for a completely different “new” one. Liberal democracy calls for the acknowledgement of all those views as legitimate, and fostering a civilized dialogue and consensus among them. “Revolutionary” ideologies, however, glorify themselves as the righteous carriers of a sacred mission, while demonizing and suppressing their “counterrevolutionary” enemies.

It must be a grand irony of history that Turkey’s Islamists opposed this “revolutionary” narrative for decades when it was in Kemalist hands, but embraced it very quickly and with great enthusiasm as soon as they laid hands on power.

Journalist Ayse Bohurler, a rare critical figure in the AKP universe who is aware of that irony, penned a polite warning in the Yeni Safak daily in August. “As someone well read in history, this spirit of renewal has always scared me. Moreover, we’ve spent the better part of our lives struggling against those who claimed that our faith and worldview are archaic and resisting impositions in the name of modernization,” she wrote. “Now, while carrying out the restoration, one should pay attention to this psychology. For I’m a conservative!”

The conservatism Bohurler refers to must be the notion of political conservatism developed by thinkers such as Edmund Burke, which advocates cautious, gradual and empirical evolutionary progress as opposed to clamorous revolutions promising to establish heaven on earth. I’ve always valued this type of conservative thought, as the subtitle of one of my books reflects — “Revolutions Are Wrong, the Kemalist Revolution Was Wrong, Too.” My key objection to the Kemalist revolution has always stemmed from its designation of myriad “reactionary forces” and “internal enemies” in society.

That’s the reason why I’m increasingly apprehensive about this “New Turkey” that is again full of “reactionary forces” and “internal enemies.” The AKP began to use this narrative, at first in a timid manner after its election victory in 2011, and then gave it a full boost after 2013, in the aftermath of the Gezi Park protests. Does this “revolutionary” narrative point to a temporary euphoria of victory or a lasting authoritarian regime similar to Kemalism? It’s hard to say at the moment. But no matter what, it must be criticized.