What exactly is the 'New Turkey?'

The “New Turkey” that President-elect Recep Tayyip Erdogan hails in every speech simply refers to a Turkey ruled by religious conservatives. 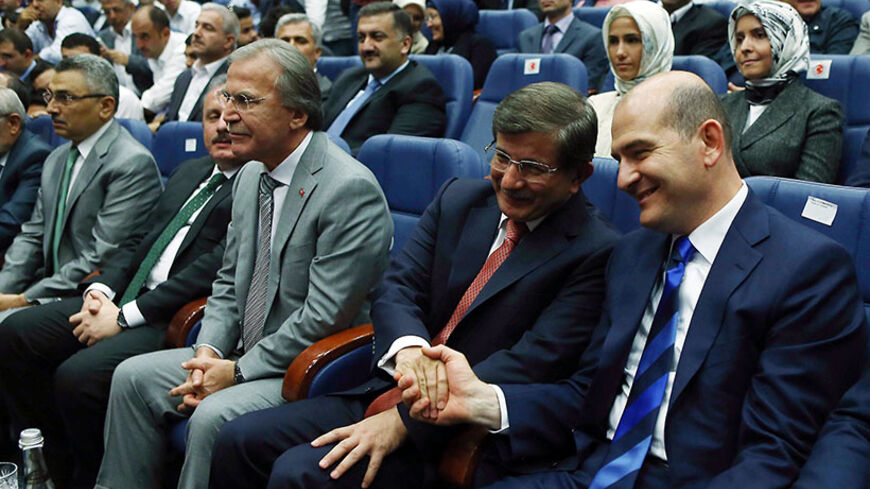 These days, the key concept in Turkey’s political lexicon is “New Turkey.” President-elect Recep Tayyip Erdogan hails it in every speech, as do members of his Cabinet and political team. Pro-Erdogan writers reserve their columns for the praises of New Turkey, reminding readers that the old one is thankfully gone and that those who long for it have lost. But what exactly does “New Turkey” mean?

It is hard to tell, because the narrative is often vague. We are told simply that New Turkey will be a place where “democracy” will be consolidated, and the era of military coups and interventions will be forever in the past. This is, of course, good news, but we are also told that that democracy is only about the ballots and hardly anything else. In fact, to assert that “democracy is not just about the ballots” has become taboo, sparking reactions from Erdogan and his ardent supporters. They apparently presume that those who say such a thing are justifying military coups against elected governments, as was the case in Egypt.

There is an understandable reason for this veneration of the ballots by the pro-Erdogan conservatives: They are Turkey’s largest voting block (40-50%), and thus they are likely to keep winning elections in the foreseeable future. In fact, as Erdogan's election posters noted, his Justice and Development Party (AKP) has the goal of staying in power at least until 2071, the millennial anniversary of Turks’ conquest of Anatolia. So, in a sense, New Turkey simply implies a Turkey ruled by religious conservatives.

That said, how will the religious conservatives rule? Will they create a pluralist democracy in which all other segments of society feel included, as Erdogan promises in his famous “balcony speeches” or will they opt for conservative hegemony in a way that mirrors the secularist (i.e., Kemalist) hegemony that had defined “Old Turkey”? Murat Belge, a prominent secular liberal, thinks that the latter will be the case — “a transfer to a majoritarian dictatorial regime from minority hegemony.”

This hegemony has already been established to a great extent in regard to the state bureaucracy. Key positions in ministries are staffed by pro-Erdogan loyalists. It is hard to find, even imagine, a prominent Alevi or secularist in such jobs. Arguably, the police and judiciary still employ a significant number of Gulenist movement members, Erdogan’s archenemy, but his determined rooting out of this “parallel state” will probably go on until every state apparatus is cleansed of these alleged subversives.

It can be argued that the AKP's filling state institutions with loyalists is only normal. All the political parties in Turkey have done the same thing, because they all share the same nepotistic culture. Since the “single party” era of 1925-50, however, no party has been as dominant, ambitious and long-lived in power as the AKP.

If the AKP continues at the same pace, it is likely to become a state party, pleasing its cadres and cronies while making discontented groups increasingly bitter. In other words, the very criticism the AKP hurled at Nouri al-Maliki's government in Iraq — that it destabilized Iraq by “excluding the Sunnis” — is in fact applicable to the AKP itself, which appears to have sidelined Turkey's nonconservative Sunnis. The June 2013 Gezi Park protests, which were basically a secular and Alevi backlash against AKP dominance, could have been a wake-up call, but Erdogan preferred instead to explain it away with conspiracy theories.

The cult of the savior-leader is another aspect of New Turkey that resembles the old one. In Old Turkey, it was embodied in Ataturk. In New Turkey, it amounts to Erdogan. The symbolism and language used to venerate both of these leaders has become increasingly similar. Both are hailed as triumphant leaders of “wars of liberation” and as the redeemers the nation had been waiting for for centuries. A new book about Erdogan is titled “The Sun of the Age,” as Ataturk was also called.

The biggest problem with the cult of the savior-leader is that it demonizes the leader's opponents as enemies within. As an Aug. 22 editorial in the pro-Erdogan daily Yeni Safak put it, “If the attack [on New Turkey] is coming from within, … this is called betrayal.” The same editorial also declares, “New Turkey is not a slogan. It's not a party expression or a political show. New Turkey is a project. This is the redesigning and re-establishing of Turkey after a century.”

This “redesigning and re-establishing of Turkey” is probably still a vague project; it is unlikely that all religious conservatives have thought this through. Some of them, however, such as Yeni Safak columnist Yusuf Kaplan, do have provocative ideas. In a controversial article headlined “20 suggestions for Erdogan,” Kaplan proposed a state-imposed “revolution” in “education, culture and media,” involving the restructuring of the entire education system “according to our civilization spirit and dynamics.” More shockingly, he argued for the “demolition” of Bogazici, Bilkent and Middle East Technical University (ODTU) — Turkey's best universities — because they serve as “volunteer agencies of other [i.e., Western] cultures.”

Kaplan is not an official voice of the AKP, and most party seniors would probably find his ideas too outlandish. He certainly represents a tougher line within conservative circles, say the Islamists, who see New Turkey as a project for reversing all the Westernization Turkey has experienced in the past century.

What these Islamists do not seem to realize is that such an effort would be a form of “social engineering” — which they hated when it was done by Ataturk — and that it was destined to fail. Turkish society is too modern, diverse and averse to state-imposed cultural revolutions. If the Islamists insist on pushing for an authoritarian, top-down Islamization, what they will get is what they fear most: widespread secularization, even an anti-religious trend, in Turkish society. For, as the history of Turkey testifies, impositions by the state are always countered by reactions from society.