Shiites continue to risk their lives to visit their shrines, not only for religious purposes but also because they represent the sacrifices their ancestors endured under Sunni oppression. 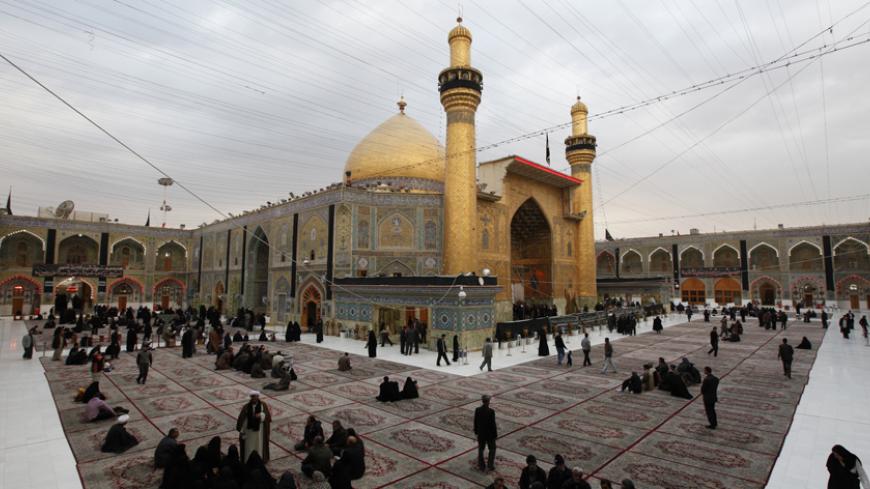 The significance of shrines for Shiites goes far beyond religious tourism or acts of adoration. These shrines are not merely a source of spiritual inspiration for them, but have long been their mainstays in political and social life. These shrines are related to main points of dispute that divided Islam into two different groups that nothing can now bring together.

Wilferd Madelung, a German academic in oriental studies, wrote: “No event in history has divided Islam more profoundly and durably than the succession to Muhammad.” But it seems that the death of Shiite imams and their children played a much bigger role than the succession of Muhammad in dividing Muslims.

When Shiites visit Imam Ali’s shrine in Najaf or the shrine of his son Hussein in Karbala, they recall the long history of persecution that the imams and scholars endured at the hands of Sunni caliphs and sultans. This is why Shiites feel connected to the current political situation and internal conflict with the Sunni governments in the Muslim world.

For this reason, governments were mostly against Shiites visiting the shrines. Even though the visits are just acts of adoration for some people, it connected Shiites to the political history of their leaders — a history filled with murder, torture and exclusion.

Shiites believe that all or most of their imams, as well as hundreds of their children and grandchildren, were murdered by Umayyad (632-750) and Abbasid caliphs (750-1258), which constitute the first and second Islamic empires in the history of Islam. Thousands of shrines are spread across the cities and villages of Iran, Iraq, Syria and Lebanon, and Shiites visit them constantly.

The different governments have forbidden Shiites, throughout several periods, from visiting the main shrines in Karbala and Najaf. But rather than stopping them, this has pushed devotees to risk their lives to reach the shrines.

The Abbasid Caliph al-Mutawakkil (861-822) destroyed Hussein’s shrine in Karbala and arrested everyone who visited it, but this did not stop the Shiites. The Shiites' heritage is rich with stories of challenges that their ancestors endured in insistence on visiting their shrines. All Shiites are familiar with the story of the man whose right arm was severed by Mutawakkil for visiting Karbala. The man did not back down and visited the year after, and lost his left arm, too.

Similarly, the successive governments in the Ottoman era (1299-1923) and the former Iraqi regime did not succeed in forbidding Shiites from visiting their shrines and performing their religious rituals. The visit to Karbala was one of the main incentives for Iranian militants in the Iraqi-Iranian war (1980-1988), and they were ready to sacrifice all they had, their lives included, to fulfill their wish. Many Shiite shrines in Saudi Arabia have been destroyed by Salafists, who consider them houses of idolatry, feeding the Shiites' ideological enmity with the Saudi regime and the Wahhabi institution.

Following the rise of the Salafist current during the Syrian turmoil in 2011, fear for Shiite shrines became one of the main incentives for many Shiite fighters from Afghanistan, Iraq, Syria and Lebanon to join the war against the opposition forces with Salafist inclinations. It was no coincidence that the militants chose the names of Shiite shrine figures for the brigades they formed in Syria, such as the Abu al-Fadl al-Abbas Brigade (the martyred brother of Imam Hussein in Karbala), Sayed al-Shohada Brigades (the pseudonym of Imam Hussein), Kafeel Zeinab Brigades (Zeinab being the sister of Imam Hussein), Imam Hussein Brigades and Imam al-Hassan Brigades.

During the security circumstances after 2003 in Iraq, Shiites did not stop their pilgrimages, although hundreds of pilgrims lost their lives some years. The visit to Zeinab’s shrine in Damascus persists despite extreme danger. Not only the Shiites of Iraq and Iran but also those of Lebanon and Syria are braving the dangers to visit shrines.

When asked the reason behind the Shiites’ strong insistence on preserving their shrines and visiting them despite the dangers, researcher Ibrahim al-Haidari told Al-Monitor, “These shrines were established and developed with the persistence of Shiite opposition movements. After the successive disappointments that Shiites encountered throughout their history, their shrines gradually became means for self-expression, self-preservation and protection against heavy blows they have endured. With time, these shrines turned into protest platforms to express public complaint and objection to official authorities that provoked their disaster.”

For this reason, when Shiites feel that their identity is threatened and that their social and religious entity is disappearing in the Sunni majority or is at risk for oppression, their insistence grows stronger. The bigger the threat, the tighter the relationship with these shrines. They are frequented more often and gain more importance and play bigger roles in social and political life.

Many Sunnis fail to understand that the Shiite shrines cannot be comprehended in the context of adoration and religious practices only. They are the basis and stepping stone for identity and participation in social and political life. When Salafist groups accuse Shiites of polytheism because they visit shrines, it means that they misunderstand the social and political context of these shrines and their significance for Shiites.

Shiite shrines represent religious life with its different social and political aspects. Shrines for Shiites are the place where they feel that “their life is fuller, richer, deeper, more worthwhile, more admirable and more of what it should be” in the “condition of peace or wholeness,” as Charles Taylor describes the life of believers in his book “A Secular Age.”