Benjamin Netanyahu has been prime minister since 2009 — enough time to set policy and determine priorities — but the state comptroller's recent report reveals that he has failed in addressing the housing crisis. 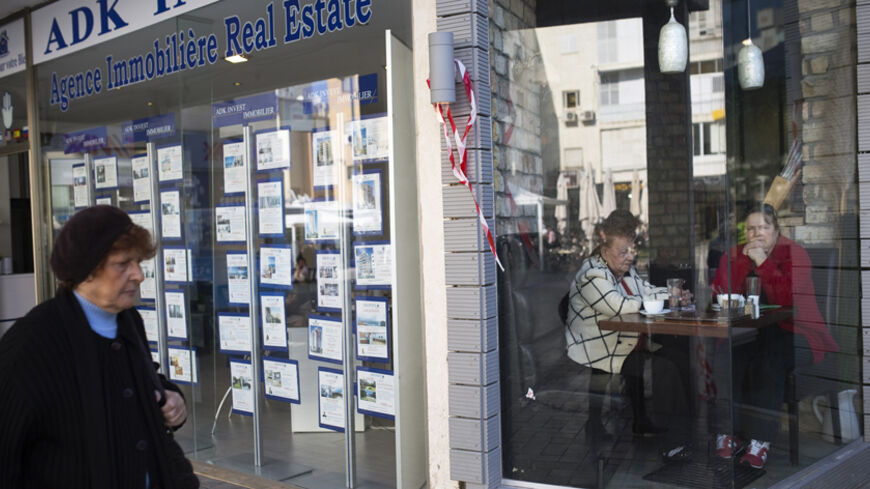 About two weeks after the social protests erupted in July 2011, Prime Minister Benjamin Netanyahu held a special news conference to present a comprehensive plan to resolve the housing crisis. At the time, the protest movement was spreading throughout the country like wildfire in a field of thorns. Hundreds of thousands of people took to the streets, calling for “social justice.” Netanyahu felt, and rightly so, that he could lose control over the unfolding events.

At first, Netanyahu and other senior Likud Party officials tried to argue that left-wing anarchist groups were behind the protests, and that the protests were politically motivated. But these claims sounded increasingly out of touch as the protest movement grew, bringing almost all of the Israeli middle class, including Likud voters, out into the streets.

Once Netanyahu realized that the protests weren’t going to just go away, and that there was no sure indication as to when they would stop, he pulled out his plan to solve the housing crisis. Standing beside him on the occasion were Finance Minister Yuval Steinitz and Housing Minister Ariel Atias. The plan they presented included the removal of bureaucratic impediments to new construction, the construction of thousands of housing units for students, the additional construction of units to be rented at reduced prices and more. All these points were intended to placate the protesters who had taken to the streets.

But even this didn’t help. The demonstrations would not stop. So Netanyahu established the Committee for Socioeconomic Change, or the Trachtenberg Committee (as it was known colloquially). Its recommendations were controversial, and ultimately abandoned. The people demanding social justice went home.

A few weeks later, the abducted soldier Gilad Shalit was released in October 2011, sending Netanyahu’s poll numbers soaring. He was also popular with the political center at the time. During this period, Netanyahu spent most of his day focused on impeding the Iranian nuclear threat. What was mostly left out of the summer 2011 protests was the law ensuring free education from the age of 3. Meanwhile, the allegedly ticking time bomb that was the real estate bubble was neglected, allowing the bubble to swell to even more daunting proportions. The cost of apartments shot up by dozens of percentage points, all under Netanyahu’s watch.

On the evening of Feb. 25, the state comptroller released his report on the housing crisis. This report went into great detail about the failings of the Ehud Olmert government (2006-09), and later, the second and third Netanyahu governments, to handle the housing crisis. Given this, it would be fascinating to go back to July 2011, to that famous news conference right in the middle of the protests, and to the very words that Netanyahu said at the time.

“Israel's housing shortage is genuine,” he conceded. “It isn't something that someone has made up, and its not artificial. It’s a real problem, and anyone with eyes in his head and empathy in his heart realizes that it is a problem. … I identified this problem even before I became prime minister the second time, when I was finance minister.” Later in his speech, Netanyahu offered a comprehensive analysis of the causes of the housing crisis, including some diagnoses that can now be found in the comptroller’s report.

In other words, Netanyahu already “identified the problem,” to use his own words, as far back as when he was finance minister (2003-05), but it was only when he felt his back pressed against the wall, after the social protests erupted, that he actually started paying attention to the housing problem. And as soon as the streets emptied, Netanyahu returned to the Iranian nuclear issue, diplomatic paralysis and political survival.

The release of the state comptroller’s report three weeks before the March 17 elections is important in that it finally managed to put a discussion about an important and relevant issue, such as rising housing costs, on the agenda. As the state comptroller put it, the problem “threatens the economic security of numerous households and harms their quality of life.”

Netanyahu has been serving as prime minister since 2009. That is why he bears the ultimate responsibility for neglecting the housing crisis, which only worsened during his tenure. In this particular instance, he has no one to blame. Yes, it is true that there were finance ministers and housing ministers who worked alongside him during this time, and that the most recent of these finance ministers, Yair Lapid, also headed the Housing Cabinet. Nevertheless, at the end of the day, there is only one captain at the wheel. He was the one to navigate the boat. And even though he himself attested at that July 2011 press conference that the housing problem is a strategic problem, he didn’t lift a finger to fix it.

Netanyahu had considerable political leverage during his second term in office, and he headed a stable government. In other words, he could have personally spearheaded a national plan to lower housing costs. In May 2012, Netanyahu headed an enormous coalition (94 seats out of 120 Knesset seats), after bringing the Kadima Party, headed by Shaul Mofaz, into his government. Backed by this mega-coalition, he could have instigated a far-reaching revolution, based on major civil and economic reforms. But he succumbed to pressure by the ultra-Orthodox parties on the issue of enlisting rabbinical college students into the Israel Defense Forces, and Kadima withdrew from his government within just two months.

After the 2013 elections, it was clear that the social protest movement was still alive and kicking. It was behind Lapid’s remarkable 19-seat victory, and it helped Economy and Trade Minister Naftali Bennett and his HaBayit HaYehudi Party to soar. Nevertheless, Netanyahu continued to ignore the allegedly over-inflated real estate bubble, preferring instead to charge forward on the back of his struggle against Iran’s nuclear program.

Now Netanyahu is asking to be elected a fourth time. He arrived experienced and ready for his second and third terms, which lasted a total of six years. That is enough time to outline policies and map out a means of achieving them, to set priorities and to show leadership capabilities. But during those years, Netanyahu proved that stopping the Iranian nuclear project was his life mission, and that economic and social issues such as the cost of living and the housing crisis were not among his priorities. He, of all people, who was considered a determined finance minister, who was intimately familiar with how government operates, could have placed the task of lowering housing costs on his agenda, alongside dealing with the Iranian nuclear issue. If he would have placed his weight as prime minister on issues such as housing, the center-left public would have been more forgiving of him regarding the cessation of the diplomatic process, particularly since no real political alternative to him had emerged during that time.

But Netanyahu made his choices, and preferred to devote his six years in office almost exclusively to the Iranian nuclear issue. That was and remains just about the only item on his agenda. It is now up to the public to judge his decision.