For the first time since he was elected, Finance Minister Yair Lapid has justified the trust placed in him by his voters and advanced his program to lower housing costs. 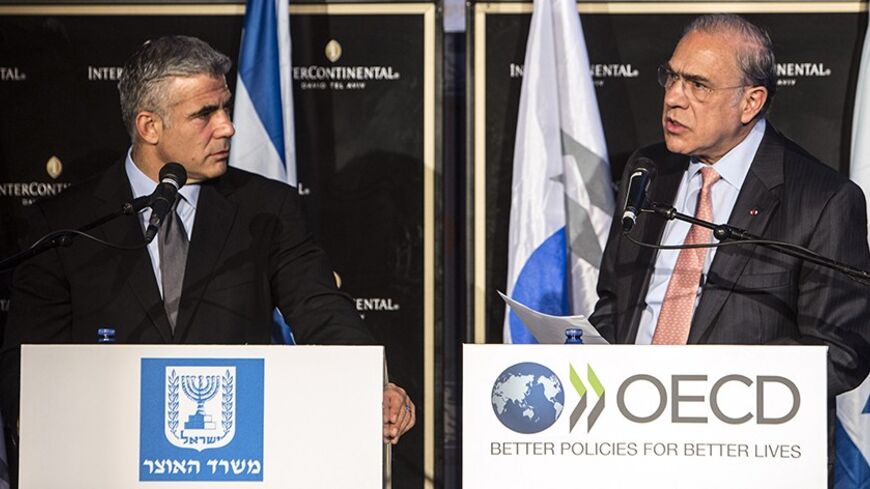 It was one of the lowest points in Yair Lapid’s political career since he took over the Finance Ministry. In February, the chairman of Yesh Atid was ranked last in a poll of public satisfaction with each of the 23 ministers in the current government (including the most senior minister, Prime Minister Benjamin Netanyahu himself). Before the last elections, Lapid emerged as the political hope of the “lost generation,” those many hundreds of thousands of Israelis who took to the streets in the summer of 2011 to demonstrate against the high cost of living and economic insecurity. Since then, Lapid has been forced to watch his supporters slip away from him.

In political terms, Lapid has been considered over the last few months a walking dead man. On the one hand, he still wields the enormous power that comes with 19 seats in the Knesset and the ability to topple the government. On the other, almost none of the public support that brought him there is left. Many of his voters felt desperate and deceived when they discovered that a year after he took office as the new finance minister, their ability to purchase an apartment was drifting further and further away, while the problem of the steep cost of living was only getting worse.

Lapid looked like he had lost his magic touch. He zigzagged and broke his promises to his voters, losing the support of many. Within a short time, the finance minister became the favorite punching bag of political pundits and the subject of scorn on social networks. His party, Yesh Atid, withered in the polls. In an effort to stop this trend, Lapid decided to adopt a diplomatic agenda in the spirit of the two-state solution, something he steered clear of at the start of his political career — but that did not help, either.

On March 18, Lapid revealed his plan to lower housing costs by eliminating the VAT tax on young couples’ first apartments. The chairman of Yesh Atid seems to think that the fight against the real estate bubble is the only thing that will bring voters back to him. Critics of the plan argued that it was populist, while Housing Minister Uri Ariel of the HaBayit HaYehudi party described it as “half baked.” Nevertheless, for the first time since he became finance minister, there are indications that Lapid is reconnecting with the lost generation.

Of all the causes advocated by the social protests, the fight to lower housing costs emerged as the most significant one. And rightly so. It expresses the sense of helplessness among a growing populace that watched the dream of buying a home slip further and further away. But struggles are one thing, and reality is another. According to the finance minister, the cost of housing has gone up by more than 64% since 2009. While many Israelis have found themselves collapsing under the weight of hefty mortgages, others have simply given up on the possibility of owning an apartment. It is now clear to everyone that the second Netanyahu government played a major role in inflating the real estate bubble. The state owns over 93% of all land in Israel, and it has raised the cost of land by hundreds of points just to augment its income. That set the price of real estate soaring and stomped on an entire generation.

This is why for Lapid, and perhaps for housing costs as well, this week might be remembered as a significant milestone in the effort to reverse the trend. Lapid can now take pride in at least one achievement. He has managed to get the prime minister to come up with his own plan to lower housing costs, just so that his finance minister won't be left with all the credit. According to Netanyahu’s plan, which is based on a similar plan by Ariel, the state will subsidize the cost of real estate for contractors and demand in exchange that they set a maximum target price at which the apartments will be sold to consumers. On March 24, the two plans were approved by the government’s Housing Cabinet.

Lapid is responsible for the state intervening with the market forces for the first time and taking genuine steps to burst the housing bubble that it created. To ensure that, the government will set aside funding for this project and forgo income from property taxes. The combination of Lapid’s plan with Ariel’s target-price plan is a positive turning point in the saga of the ever expanding real estate bubble.

To the finance minister’s credit, it must be said that considering the harsh criticism over the plan, including the resignation in protest of his ministry’s chief economist, Lapid did show resolve. Anyone familiar with the bureaucratic machine that runs the Finance Ministry knows that it isn’t easy to stand up to its bullying. Lapid did not break down, maybe because he realized that in this case, it was really a question of “to be or not be.” He had to do it, or the gig was up.

The chairman of Yesh Atid was right in saying in an interview on Channel 2 that some of the economists and politicians who are now criticizing his plan and issuing warnings about it can blame themselves. After all, they sat at the most influential power junctions for years, yet didn’t raise a finger to fix the problem. This is all the more true when it comes to senior officials at the Finance Ministry, who did everything in their power to torpedo Lapid’s plan, up to and including the resignation of Economics and State Revenues Director Michael Sarel on March 20. Sarel was an integral part of the system that caused the cost of housing to soar by dozens of percentage points in less than five years.

Lapid’s firm stand against the Treasury and against the prime minister, who first tried to block him and then mocked his plan, and only later jumped on the bandwagon, marks the first time that he kept his promise to represent the middle class in the government and to fight for it. It is the first time since the elections that Lapid is doing something meaningful with his political career and justifying the trust that voters placed in him. Therefore, even if it is only populism or an attempt to rescue a shattered political career, the public has already benefited.