Israel’s Minister Kahlon: social mobility and caring for the poor

Finance Minister Moshe Kahlon plans to quit politics, leaving behind not only bitterness but also a legacy of the 'Second Israel' rising to high positions. 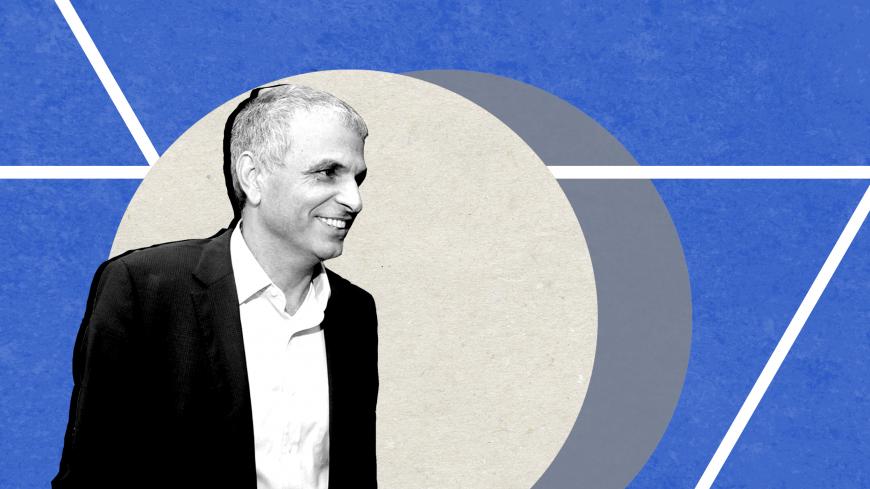 Finance Minister Moshe Kahlon’s mother, Misa Kahlon, died in May 2018 at the ripe old age of 95. Thousands of people came to console the grieving family during the shiva — the Jewish traditional mourning period of seven days — which took place in a crowded, old apartment in the Givat Olga neighborhood, long home to immigrant families. What made the event unusual was the profile of the people coming to console the family. They included the top leadership of Israel’s political and financial establishments, along with fishermen with their gnarled, rough hands, who grew up in the same neighborhood as Kahlon. They all crowded into the same two-room apartment where Kahlon’s parents, both Libyan immigrants, raised their seven children. As Kahlon explained, every evening the kitchen was transformed into another bedroom.

The childhood memories of Kahlon instantly touched people. It was impossible to remain apathetic after hearing a story like that. It offered such a clear picture of the very essence of Kahlon as finance minister and made the vast difference between his unpromising origins and the heights he achieved in his career so tangible and real.

On Jan. 12, Kahlon informed Prime Minister Benjamin Netanyahu that he has decided not to run for a seat in the next Knesset. He plans to remain in the Finance Ministry until after the March 2 election, at which time a replacement for him will be appointed. His announcement that he was retiring from political life came as no surprise. Kahlon reached it after the September 2019 election when he merged his Kulanu Party with the Likud.  Before that election, Kahlon planned to continue serving as finance minister, but he had also reached an agreement with Netanyahu to become more involved in foreign affairs as the government’s focal point vis-a-vis the Arab world. But that government never came into being. Instead, the country found itself embroiled in political turmoil. So Kahlon decided to walk away from the game. Still, he may yet return.

The first seeds of his retirement were sown after the April 2019 election, when the Kulanu Party he headed won only four seats. The political power he wielded as head of a party with 10 seats suddenly vanished, leaving him with a gnawing sense of disappointment with the electorate, which failed to show him any gratitude.

Over the past few months, the man who was once the most popular politician in the country — the Robin Hood of the weak, a virtual Cinderella of sorts — became the punching bag of economic pundits. He was pummeled mercilessly and blamed for the enormous deficit, which grew from day to day, but also for failing to fulfill his promise to burst the real estate bubble. The announcement of his resignation set off another wave of scathing articles, attacking him for being a reckless populist, much too profligate in his spending habits.

This is one way to tell Kahlon’s story. He can be blamed for the deficit, which is in the billions, and for the cost of housing, which is still steep. But that would only offer a narrow view of the man and miss his real legacy. Ideologically, Kahlon was a socially oriented finance minister who worked to implement the agenda that got him elected in the first place. If assessed from the perspective of everything he did, the reforms he promoted and the policies he advocated, the emerging result is of a leader with a socioeconomic orientation based on a coherent worldview who reset the government’s priorities when allocating the state budget.

Kahlon lowered the corporate tax and VAT. He reduced taxes on items for babies, home appliances and clothing, all in an attempt to fight against the rising cost of living. He encouraged competition in the pension market through a reform that resulted in a cut in management fees, which came to a reduced cost measured in dozens of percentage points. At the same time, he increased competition in banking through legislation that resulted in less centralization in the banking market. He also increased the number of income tax exemptions for parents of children under the age of 5. He introduced his “Saving Accounts for Every Child” policy, paying for it from the state’s coffers. He reduced drug prices and offered a one-time grant to elderly immigrants from Arab states who suffered during the Holocaust.

His biggest promise, however, was to lower housing costs, which he tried to do through his “Buyer’s Price” program. This involved selling apartments at a reduced rate to young couples and other people purchasing their first apartment. While the success of this program is open to debate, quite a few young people were able to buy an apartment because of it.

This is just a partial list of the many dozens of Kahlon’s policies and the various steps he took to achieve them. There is room to debate whether they were the right things to do or even if they were necessary. They can even be described as populist. But it is impossible to ignore the fact that they are based on a consistent approach and a clear worldview with a very compassionate basis. Even when he reached the highest echelons of leadership and ran the Finance Ministry, with its labyrinthine branches and powerful bureaucrats, he never stopped being the boy from Givat Olga.

Looking at it from the opposite direction, Kahlon can be compared to another finance minister — Netanyahu — who also had a strong ideological approach to the position. In 2003, he spearheaded an emergency program to rescue the economy, based on his worldview that a free market economy must come before all else. Netanyahu did, in fact, rescue the economy and bring it back from the precipice, but the weaker sectors of the population suffered intensely because of his harsh measures. In the end, Netanyahu paid a political price for that. As a result, in the 2006 election campaign, with Netanyahu at the head of the Likud, he made a point of visiting Likud strongholds in the poor periphery together with Kahlon in an effort to temper criticism of Netanyahu from those very people he (Netanyahu) had hurt.

After the Likud’s victory in the 2009 election, Kahlon was appointed minister of communications in Netanyahu’s second government. He made a name for himself when he kept his promise to introduce cell phone reform, which resulted in a dramatic cut in cell phone costs — which dropped from hundreds of shekels a month to just a few dozen shekels. As far as the general public was concerned, this particular reform was both tangible and immediate. It worked like a charm. The public came to believe there was someone in government working for them.

Kahlon translated his rapidly growing popularity into seats when he quit the Likud and formed Kulanu — a socially oriented political party — in 2015. In the 2015 election, his party won 10 seats. Kahlon suddenly became the kingmaker. In talks with Netanyahu, he asked for and received the position of finance minister, with new powers and authority that none of his predecessors had. It was a dream come true. Never before had anyone with Kahlon’s biography and social outlook occupied the Finance Ministry.

At first, the media showered him with warmth and treated him kindly. The crises began when expectations that he would be the one to defend the Supreme Court in the right-wing government, particularly in light of his previous statements, fell apart with a resounding crash. He paid a price for that, despite all the data confirming that in the macro, the economy was good. In fact, it grew by 3.4% in 2018 and by a similar rate in 2019.

Ultimately, Moshe Kahlon was the kind of finance minister who helped the weaker and lower middle classes say “I have something.” He knew exactly how it feels to be a child with nothing. That was the basis of his ideology. It was his legacy. It was what made him a symbol of social mobility and an inspiration to other children like him.