Finance Minister Moshe Kahlon knows that to preserve political support, he must act quickly and curb the recent rise of water, electricity and food prices. 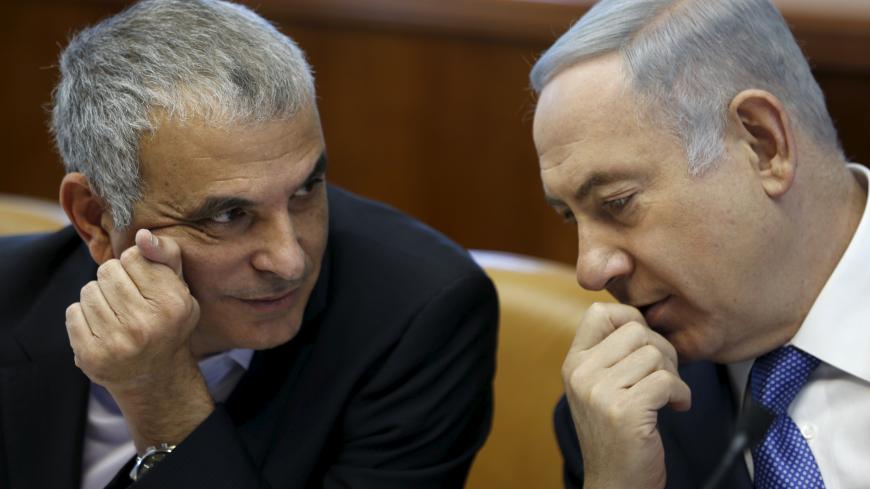 Worrisome data predicting a wave of price hikes in the economy have been sitting on Finance Minister Moshe Kahlon’s desk for the past few days. Nevertheless, when upsetting data about price increases on electricity, water and an assortment of foodstuffs began to be emerge on Dec. 11 and dominate the mass media and the political agenda, Kahlon found himself in a very uncomfortable, defensive position.

Kahlon immediately understood that he faced a crisis and decided to establish a committee to lower the cost of living, headed by professor Yaron Zelekha, former accountant general of the Finance Ministry. Kahlon’s goal was damage control and to soften the media attack on him Dec. 12. From a tactical point of view, Kahlon’s move was not necessarily the right one. The very creation of a committee amplified media-wise the problem and drew even more negative public attention to himself. It seems that he acted out of pressure.

All of the media outlets widely covered the effects of the price hikes on family budgets and the damage to weaker echelons. And all of this is taking place under the watch of Kahlon — the “most social-justice oriented” finance minister to have ever served here. This is bad news for the Kulanu Party chairman. Unless the current wave stops, Kahlon will be the first to pay a political price.

The current rise in prices constitutes the biggest increase Israel has seen since the social-protest movement in the summer of 2011, and it was hard to foresee. It is the product of an accumulation of several factors such as the weakening of the shekel vis-a-vis the dollar and the euro, the rise in prices of raw materials and the drought. All of these factors caused a chain reaction in the recent months of rising prices of foodstuffs and other basic consumption. It became a snowball over which the government has no real control.

As far as Kahlon is concerned, this is all about bad luck and unpredictable economic happenings. However, the public will be hard pressed to forgive the very person who was elected to deal with these exact problems, even though Kahlon had many successes such as increasing net incomes for families. But if we have to judge according to the last two days, then the Kulanu chairman is in for a hard time.

As reports of price hikes accelerated, social media networks swelled with calls for popular protests. Some of these calls are authentic; political rivals and social-protest organizations fund others. One of these — under the heading “the Yellow Vests are coming to Israel” — is calling for a mass demonstration in Tel Aviv on Dec. 14. Two living icons of the 2011 social-protest movement were interviewed Dec. 12 on the Army Radio station. Knesset member Itzik Shmuli of the Zionist Camp and social activist Daphne Leef called on air for the public to demonstrate on the streets. Even the down-and-out opposition got a shot in the arm: Economics Committee Chairman Eitan Cabel of the Zionist Camp announced that he was assembling an emergency meeting to discuss the situation. “We can’t possibly sit quietly when prices are rising like this. The government has disappeared into thin air,” Cabel said.

Meanwhile, current events TV programs have in the past few days begun to dig into their archives to retrieve Kahlon’s combative declarations, which were made in the 2015 election period against cartels in Israel’s economy. His promises at the time to lower the cost of living and housing sound disconnected from today’s reality. So far, Kahlon himself keeps mum.

The finance minister is a politician whose senses are closely attuned to public sentiment. He is the first to understand his misfortune that, in an election year, he faces a reality that may be treacherous for his political career. According to the polls, he has no reserves of mandates. Should elections be held within a few months — and should Knesset member Orly Levy-Abekasis’ new social-justice party take off — Kahlon will find himself in a difficult political state of affairs. Thus, it is no exaggeration to say that everything that has taken place over the last few days constitutes a finance minister’s nightmare.

It is also doubtful whether the emergency committee — which is headed by Zelekha, who was appointed in an attempt to stop the condition from worsening — will in fact deliver the goods. Meanwhile, the legal adviser of the Finance Ministry refuses to authorize Zelekha’s appointment because of the possibility of conflicting interests. What is interesting is the fact that Kahlon picked Kulanu’s Minister of Economics and Industry Eli Cohen to be his partner in the appointing of the committee. This was a political-public maneuver: Cohen was appointed, only to somewhat lower the height of the public flames on Kahlon.

Judging from the reactions so far, it seems that the finance minister’s quick-on-the-draw committee has, justifiably, aroused criticism and even ridicule. Does it make sense that someone who announced during elections that he knows how to lower the cost of living is now trying to establish yet another committee? Does he think that he can fool the public?

When the social-justice protests erupted in the summer of 2011, Kahlon was communications minister in Prime Minister Benjamin Netanyahu’s second government. At the time, Netanyahu and then-Finance Minister Yuval Steinitz were the targets of public rage, but Kahlon was not targeted at all. On the contrary: Israeli families saved hundreds of shekels a month due to Kahlon’s cellular reforms, transforming him into the darling of Israel’s social-protest movement. Almost overnight, he became a rising star.

The 2011 protest movement completely changed the public discourse, and prices were lowered as a result. Anyone who observed Netanyahu up close in those days knew that he was worried about losing his rulership — and for good reason. Hundreds of thousands of people hit the streets every Saturday night over a period of weeks.

Kahlon became what he is today by riding on the back of that same protest movement. He left the Likud and established the social-justice Kulanu Party in 2014. Kahlon’s achievement in the elections a year later — 10 mandates — was the result of the protest movement’s shock waves. Due to his success, Kahlon received the high-level and prestigious finance portfolio; he had also demanded and received from Netanyahu large authorities over domains that were beforehand the responsibility of other ministries in order to carry out the reforms he promised the public. Kahlon became a minister with a great deal of power, and that’s why he needs to pray that the current wave of price increases will go down and not up. This time, all the arrows will be pointed at him. More so, this time around, he can be sure that the prime minister will leave him all alone on the battlefield.