Israeli Finance Minister Moshe Kahlon promised reforms in banking, cost of living, housing prices and more, but the 2016 budget that he presented to the government carries no extraordinary social vision. 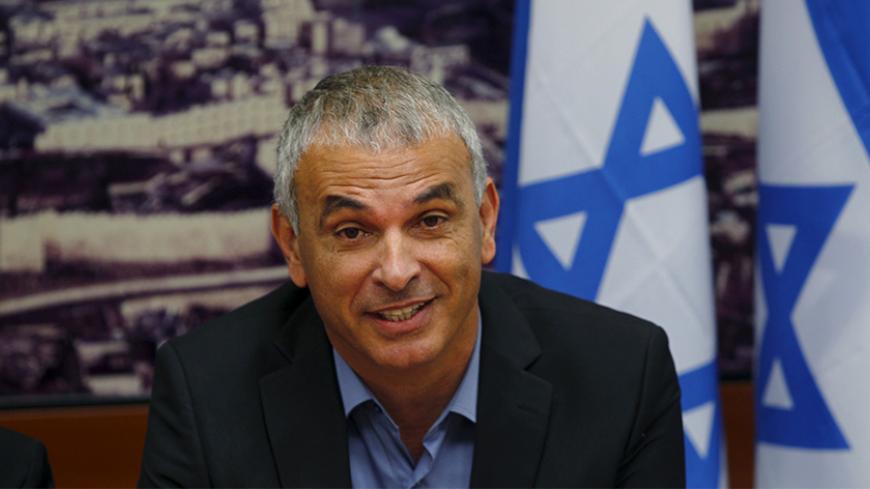 During the last election campaign, Finance Minister Moshe Kahlon spoke often about the courage, determination and leadership necessary to correct structural economic injustice in Israel, now dominated by monopolies and cartels. He sold himself as a different breed of politician, not indebted to anyone and capable of dealing with this head-on. He planned on becoming finance minister from day one of his campaign.

The public put its trust in this Don Quixote-like figure, who established a socio-economic party called Kulanu that won him 10 seats. Because of that, he was appointed finance minister. The chair of Kulanu also showed particular adeptness in his handling of the coalition negotiations. He walked away with the “toolbox” he demanded, namely control over the governmental organs most relevant to his plans, which would have enabled him to institute audacious reforms to housing, banking and the cost of living.

Kahlon was like a breath of fresh air. He gave people the feeling that he would use his position in the government to be a lobbyist for the ordinary citizens — those who struggle with the high cost of living, are unable to afford an apartment and are extorted by the banks’ scandalous fees. He was also one of the rare politicians with a proven track record; his cell phone reform, which opened the market to new players, had already saved families hundreds of shekels.

That's why it is so hard to avoid describing his performance as finance minister as a “disappointment,” especially since he also serves as chairman of the socio-economic Cabinet. This became even more clear when he submitted his 2016 budget proposal to the government and during its approval on the night of Aug. 5-6. Kahlon would have been expected to break up a meeting of the socio-economic Cabinet on Aug. 5, when Minister of Energy Yuval Steinitz and Prime Minister Benjamin Netanyahu fired Orit Farkash-Hacohen, the director general of the Public Utilities Authority, because she opposed the state’s compromise with the gas companies over resources and benefits' distribution. According to reports from that meeting, Kahlon did oppose firing her, but his opposition wasn't forceful — and it was certainly not the kind of leadership and courage he spoke about during the election campaign.

Knesset member Shelly Yachimovich of the Zionist Camp summarized what happened on her Facebook page: “A black flag flies over the firing of this outstanding regulator, who fought like a lioness against the gas companies on behalf of the public interest, until she was finally silenced over the last two months.”

This is exactly the kind of incident where Kahlon would have been expected to intervene. After all, he had the audacity to portray himself as someone who watches out for the interests of the ordinary citizen against the vast and hidden interests of the big monopolies, in this case the gas companies. But Kahlon was already battered and bruised. As recently as May he announced that he would have to recuse himself from dealing with the gas monopoly because of his personal friendship with businessman Kobi Maimon, one of the owners of the Tamar gas field. The promising new finance minister came under severe criticism for this, and rightfully so. During his campaign he stated explicitly that this friendship with Maimon would not prevent him from dealing with the issue of natural gas.

No less disappointing was the way that Kahlon helped Netanyahu bury the Locker Committee report on reforming the defense budget. This historic report showed how the defense establishment had bullied its way to a wasteful budget, lacking in transparency. In response, the report took the bold step of recommending structural reform to military pensions. This recommendation came under vicious attack by the defense minister and other senior figures in the defense establishment.

This is exactly the kind of document that Kahlon should have held high. After all, it is a comprehensive and rather accurate account of Kahlon's agenda itself. It shatters the old order and changes priorities.

The Locker report would never have been written were it not for the 2011 social protests and the new dialogue that emerged in Israel. Similarly, the founding of the Kulanu Party and its success in the elections are directly related to those protests. In that sense, Kahlon is a socio-economic leader who represents the spirit of change. In the moment of truth, however, he did not demand that some or all of the Locker report’s recommendations be included in the next budget. Doing so would have given the social-minded finance minister a chance to prove that there’s a new man in charge, a man who isn’t intimidated by threats from the Israel Defense Forces (IDF) or attacks from the defense minister. Instead, he realigned himself with Netanyahu, who used the discussion about the budget to explain that defense needs are the No. 1 priority, overriding everything else. So what has actually changed? What new tidings are there in this budget? How is Kahlon different from previous finance ministers, who always ended up raising a white flag of surrender to the IDF? Luckily for Kahlon, the media wasn't too harsh on him on that.

While the major reforms that Kahlon promised have yet to appear on the horizon, the 2016 budget is being presented to the public as a social budget that benefits the weaker sectors of the population. Much of this is thanks to the deal reached between Kahlon and the minister of economic affairs, [ultra-Orthodox] Shas Party Chairman Aryeh Deri. It includes a series of discounts for water and electricity for weaker sectors of the population, and an increase in pensioner and child benefits.

Deri functions in the current government as a fighter for Israel’s poor and other invisible sectors of the population. He has managed to prove his determination and resolve in these matters, at least to the media. He stormed out of the Cabinet meeting when the budget was discussed and even threatened to vote against it because it didn’t include 0% value added tax for basic food products.

While Deri has managed to stand out media-wise because of his social battles, Kahlon still fails to show his determination. Reducing the cost of public transportation, on which he reached an agreement with Transportation Minister Yisrael Katz, or the easing of restrictions on food imports do not change priorities. Nor does increasing the tax on the purchase of apartments as investments (contrary to young couples buying their first apartment). Even his clash with the governor of the Central Bank of Israel, Karnit Flug, which was leaked to the media in a way that portrayed Kahlon as someone who is not afraid to fight on behalf of the common people, did not convince the public.

According to reports, Kahlon lashed out at Flug, saying, “In the end, you really don’t care about competition in the banking system. All you care about is getting home safely every day at five. Being a leader demands that you take risks.”

What Kahlon did was simple and quite transparent. He presented Flug as someone who always defended the banks, thereby marking her as a rival. The fact is that this was nothing more than populist vying for headlines, all at the governor’s expense.

Despite all the fighting in the Cabinet meeting and the bickering between the various ministers, the 2016 budget was finally approved by the government. Netanyahu described it as balanced and responsible. This is Kahlon’s first budget, but in regards to major reforms it doesn't show bold leadership and bears no good tidings. While it does touch on social issues, it is ultimately the result of coalition constraints, populism and newspaper headlines. Just like previous budgets.