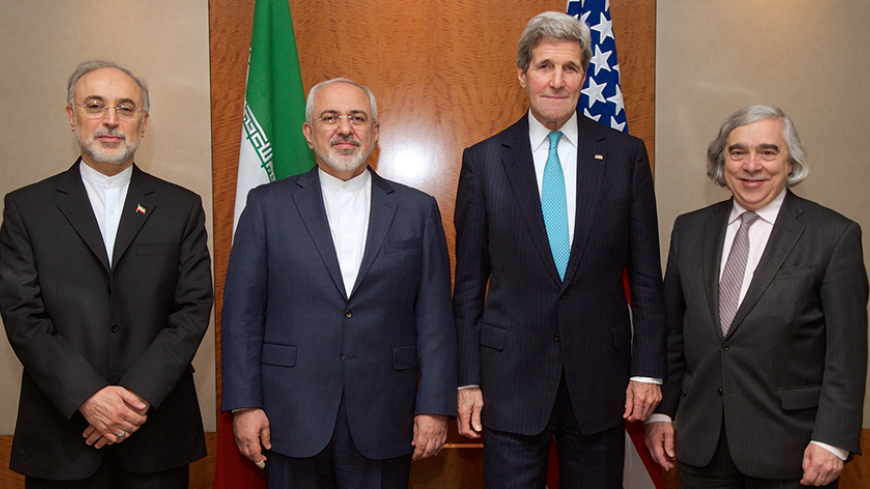 Nuclear negotiations between Iran and the five permanent members of the UN Security Council plus Germany (P5+1) will be completed by March 31, says Mohammad Bagher Nobakht, a spokesman for President Hassan Rouhani’s administration.

Nobakht, who's considered close to the president and arguably has a larger role within the administration than the first vice president, was asked by reporters about the significance of the presence of Ali Akbar Salehi, the head of the Atomic Energy Organization of Iran, and Hossein Fereydoon, brother and adviser to Rouhani, at the nuclear negotiations in Geneva between Iranian and American officials. “This time in the negotiations, from the viewpoint of time, we are bound to conclude the negotiations by March 31,” Nobakht said. “Of course, not just at the level of general agreements but also on the specifics we have to reach results.”

Iranian Foreign Ministry spokeswoman Marzieh Afkham previously was criticized for suggesting that at the end of March there would be a political “understanding” rather than an “agreement.” It seems now, given Nobakht’s comments, there appears to be a push by the administration and negotiators to have a complete deal by the end of March.

The March 31 deadline is a sort of soft deadline that is part of the November 2014 interim deal agreement, and also the deadline that members of Congress have reportedly negotiated with President Barack Obama before moving forward with new Iran sanctions. As for the Iran side, Ayatollah Ali Khamenei, who has final say on the nuclear program, has specified that once an agreement is made, it not be made as a multistep deal but rather a complete deal with all the issues resolved.

Despite cautious statements by negotiators, some reformist Iranian media seem to believe significant steps were taken at the latest round of talks that may show a deal is close.

Iranian analyst Saba Zanganeh wrote in Shargh Daily: “Sometimes the sides talk of the collapse of the negotiations, while in the heart of the negotiations, the final consultations are taking place.” He saw the firm statements by both Iranians and Americans about their red lines and demands as “techniques” and “tools” that all negotiators use to maximize the concessions from the other side.

Zanganeh said the presence of Salehi and US Energy Secretary Ernest Moniz “is undoubtedly the entering of the negotiations in a new phase.” He added that one can deduce that there is a general agreement and some of the specifics have been resolved and that only “a few issues remain.” He said the best way to understand the negotiations is to think of it as a train before it reaches it’s destination, in that this is the moment it usually reaches peak speed and that signs show a “good deal is more likely.”

In Arman Daily, Reza Raisi wrote that the expression, “There is something for sure, that rumors exist,” should be applied when observing the various international reactions and statements from world leaders about the nuclear negotiations. He said the “speed and urgency of the consultations” and the “statements [by officials] indicates that there was progress made in the negotiations.”