President Hassan Rouhani's administration has taken steps to address the concerns of Iranian Jews, who wish to observe the holy Sabbath without sacrificing their education. 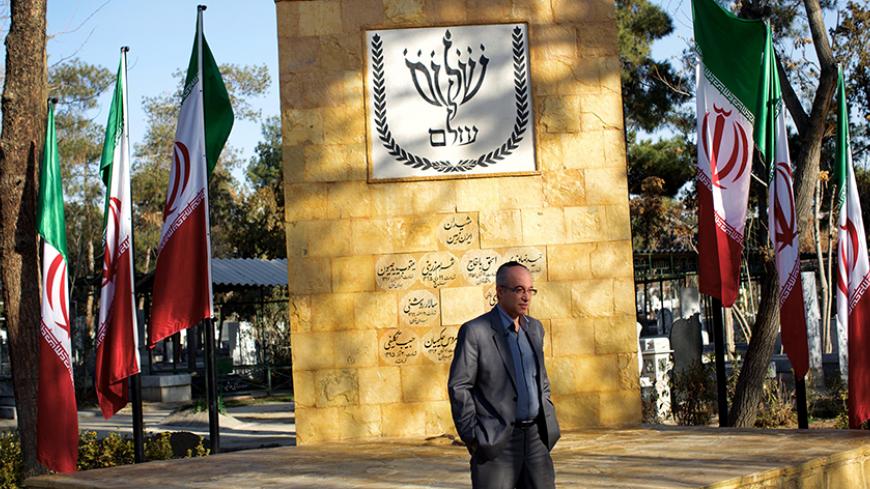 Thanks to the government of President Hassan Rouhani, as of Feb. 4, Jewish students officially no longer have to attend school on the Sabbath. This is an important step by the Rouhani administration to welcome Iranian Jews.

There are numerous reasons why my family left Iran in 1987, but an important one was the decision by the Iranian government that year not to officially recognize the holy Sabbath as a religious day off for Jewish students. There was no choice: The Iranian school week ran from Saturday to Thursday so we either attended school on the Sabbath or we were failed and had to repeat the year.

Soon after the 1979 revolution, Jewish students were given Saturdays off as a day of rest. This was an unofficial decision, but one that was respected. This applied to all Jewish schools. Meanwhile, Jewish students attending Muslim schools in Iran could also ask to not attend schools on Saturdays, although some students chose to as they did not want to miss important classes. But it was up to them.

This new development to recognize Sabbath comes on the heels of other positive and respectful steps taken by the Rouhani administration toward Iran’s Jewish community, which according to the 2006 census numbered around 9,252. It is believed that their numbers have decreased since then, due to emigration.

Another important step was taken in December 2014 by the Rouhani government when a memorial honoring Iran's fallen Jewish soldiers in the Iran-Iraq war was unveiled.

This is in addition to $400,000 donated by the Rouhani government to Tehran’s sole Jewish charity hospital in February 2014.

Much like politics in Iran, views and policies relating to Iran's Jewish community are full of paradoxes and contradictions. One of the more interesting paradoxes relates to Ali Younessi, Rouhani's special assistant on issues regarding religious minorities. Younessi has been the point man behind Rouhani's positive outreach to Iran's Jewish community. This is the same Younessi who was in charge of Iran's Ministry of Intelligence when it accused 13 Jews of spying for Israel — charges that were thought of as being highly dubious. Today, Younessi is even visiting synagogues and unveiling memorials to Iran's fallen Jewish martyrs in the Iran-Iraq war.

One of the more depressing paradoxes is that while Rouhani’s government tries to show respect to Iran’s millennia-old Jewish community, parts of the regime are doing the opposite by planning to hold a new Holocaust denial cartoon competition in Tehran.

This will be the second Holocaust denial cartoon competition. The first one was held in December 2006, soon after then-President Mahmoud Ahmadinejad called the Holocaust a myth. Unfortunately, Ahmadinejad is not the only person to make such a reference to the Holocaust. Iran's Supreme Leader Ayatollah Ali Khamenei made a similar statement in February of the same year.

As for the person who encouraged former Supreme Leader Ayatollah Ruhollah Khomeini to force Jewish students to attend school, it turns out that this was Hojatoleslam Ali Akbar Mohtashami-Pur, Iran's former ambassador to Syria in the early 1980s and one of the Iranian founders of the Lebanese Shiite group Hezbollah.

In an interview with the Tehran-based Entekhab News on June 4, 2012, Mohtashami-Pur recalled how he told the minister of education that “he has no right” to officially declare the Sabbath as a day off for Jewish students. “Whenever in the US or Europe they allow Friday to be a holiday for the sake of Muslim children, then we'll do this for Jews,” he said.

In the same interview, he then goes on to state that because of the pressure applied by Jewish representatives to officially declare Saturdays as a holiday for Jewish students, he wrote a letter to the late Khomeini, after which the supreme leader “resolutely stated never” — meaning no to officially recognizing the Sabbath as a day of rest for Jewish students.

In a strange twist of fate in 2009, in the very same Syria where Mohtashami-Pur helped establish Hezbollah, one of the great success stories of the export of the Iranian revolution, Mohtashami-Pur was threatened by Ahmadinejad supporters, because of his support for Mir-Hossein Mousavi.

Just as his support for the decision to force Jewish students to attend schools on the Sabbath led to some Jews leaving their homeland, he himself was forced to flee Iran soon after the 2009 elections, and sought refuge in Iraq. Mohtashami-Pur returned to Iran in 2013. According to reports in the Iranian press, in 1983 he was the victim of an Israeli parcel bomb while serving at Iran's embassy as ambassador, in which he lost a hand.

Iranian politics is full of twists and turns. Politicians fall in and out of favor. The same could happen to Rouhani. Once that happens, it could be the end of the what has comparatively been a golden era in relations between Iranian Jews and their government. Let's hope not.